Head of Pastoral Preetpal Bachra explores ways in which we can help children make sense of the current climate of pandemic, protest and progression. Preet also considers the topics of unconscious bias and social stereotypes in an increasingly fractious world and reflects that now is the time to have conversations about race with our children – because if we don’t then somebody else will...

As a parent there is often a hope that our children may grow up to share one of our passions. We hope that they too will feel the same excitement and connection with an activity or ‘thing’, and we can be kindred spirits in exploration. On my list of hoped-for-shared-interests with my two boys would have been ‘following Liverpool football club’ (and I’m pleased at least one of my sons shares that) but at the very top would be ‘charity shops’.

Entering a charity shop possesses all the nervous anticipation of a high-risk activity but it also has the insurance clause when returning home with a 1985 version of Astro Wars only to find I can’t make it work, that at least the money spent is going to a good cause. I love these shops so much that I will plan a long car journey to allow me to stop in random villages and use my sixth sense to root out charity shops to see what treasures may be hidden within. This strategy also saves me returning to our local charity shops and unwittingly buying things that I had given away some months before – something I have done on more than one occasion. Books, clothes and CDs, in that order, are my Achilles’ heels and there is something both magical and comforting in picking things up, flicking through pages and imagining the item’s journey.

The pursuit of such personal pleasures often takes a back seat when you become a parent or get a job or do anything that confers a degree of responsibility on one’s shoulders. This is partly why dealing with children under lockdown is becoming increasingly frustrating. When they lack motivation, we might also think, “you think this is tough? Try going hungry at school” or even, “try having to think about someone else’s needs and happiness every day.” Often, we try to position their current moods against the experiences of those we perceive as ‘less well off’. We try to give children a relative as well as absolute understanding of the world. Right now, there is so much for them to absorb and we need to be able to help them make sense of the current climate of pandemic, protest and progression. 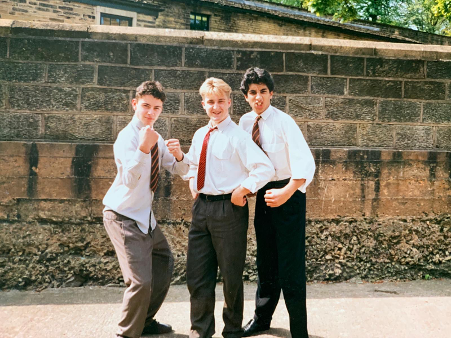 The world changes and there is usually a reason for this. My teenage years involved the illegal activity of ‘taping’ songs from the radio in order to then transfer them in a particular order to a mixtape. The order required meticulous planning and pruning because if you were unhappy with the order it was not easy to forward to the next song. CDs changed that. MP3 downloads made selection and shuffling of music easier. Today, listeners can dispose and adjust songs at will. It means that we don’t ‘stick’ with things. The reaction to something is immediate and a judgement formed in the first three seconds allows a decision to stay or move on to the next stimulus. We are no longer forced to endure (though the increasing cases of negative mental health in young people suggests otherwise) but that also means we don’t allow increased exposure to new or alternative concepts. Family and relationships used to mean there was an element of both enduring and learning, although we may not have realised at the time… For example, my maternal uncle would travel every year from Chandigarh, India to Scotland but stay with us for a few days en route. He and my father would watch videos of Qawwali music over a glass of Scotch. The Qawwali tradition is rooted in Sufism and the songs often begin with a tuning of voices and the subject was either God or love. My reaction alternated between bemusement and boredom. However, those images and experiences were filed away in my brain.

Cassette tapes also meant that we would listen to songs and sometimes endure and this, I suspect, is why the authority of the music system remains a coveted position. Who hasn’t jumped in the car and immediately declared that they are the designated DJ? Once, I picked up a friend in my car, and she inserted a cassette. ‘Maggie’s Farm’ by Bob Dylan stomped out of the speakers. “Get this rubbish off” was my reaction some 10 seconds later once I had recovered. The tape remained and I endured. Half an hour later, ‘Mr Tambourine Man’ came on and I understood. Many years later, ‘Maggie’s Farm’ made sense too. Again, these are all images and experiences that were subconsciously filed away, but they would not have been created had I not taken the time to listen, and this is perhaps one of our greatest challenges as parents or society – analysing what we put in front of our children and therefore what they may be ‘filing away’ in their brains and how this may lead to future thoughts. 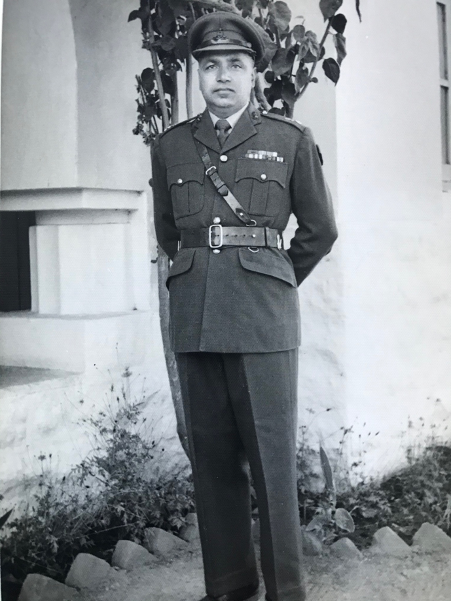 The topic of ‘unconscious bias’ has gained in popularity as discussions on race and equality have come to prominence. I found thinking about the filing cabinet analogy a useful way to begin. The Virgin Media page also provides an accessible summary but in short, unconscious biases are social stereotypes about certain groups of people that we, or anyone, form outside our own conscious awareness. This is part of the race debate that is getting overlooked at the moment as violence and experiences are the focus of media coverage. However, what we teach and what our children are exposed to is worthy of consideration because we are impacted by our exposure to information and therefore what our brains have filed. Celebrations of VE Day were poignant and it is right that those stories are told and re-told. However, there are also stories of the ANZAC corps, the Gurkhas, the Indian divisions and the vast number of colonial participants in the war that may not be known. This is part of the broader narrative. Indeed, life is a succession of stories and the initial premise in striving for equality – on whatever basis that might be – is to be ‘heard’, or to be ‘recognised’, as that gives value to existence. My uncle’s yearly visits to Scotland were to see his closest friends with whom he fought alongside in WW11 – Colonel Sandison and Major ‘Wagon’ (Vaughan but the letter ‘v’ does not appear directly in any of the Indian language alphabets and so he was fondly known as ‘Wagon’). Sandison or Wagon would, in turn, regularly visit India too. Sandison introduced my uncle to Scotch and so their shared experiences lead to their shared stories and this leads to greater connection. Different cultural backgrounds can still share parts of their identity.

An Englishman, a Nigerian, a Pole and two Indians walk into a… Zoom call. Actually, they would all define themselves as British and proudly so, but ethnicity and heritage have an impact on one’s identity. They never discuss race and in 35 years of talking, laughing, sharing homes, sharing beds, sharing hugs and family gatherings, have never discussed race. They would all stand in opposition to racism but… if they saw it happening. ‘You don’t know what you don’t know’ as the saying goes and so part of our analysis of our environment needs to be what we are exposed to and what level of bias exists within our systems. Are we happy with it? Do we want it to be structured differently? There are, of course, practical issues of being at a rather exclusive boarding school in the Dorset countryside but certainly significant debate is taking place here. If we are increasingly aware of the things that we put in front of our children and if we can share stories, then we can start to have greater understanding of people different to us. Stephen Covey in The 7 Habits of Highly Effective People observes that we develop paradigms – “a mental image you have in your mind of the way things are out there. These images are our version of reality and come from our background, our reality. They represent the implicit assumptions of our lives. All of us think that the way we see the world is as it is, but in reality, we see the world as we are.” The way to change this is to change behaviours, change how people see their role and their stewardship. 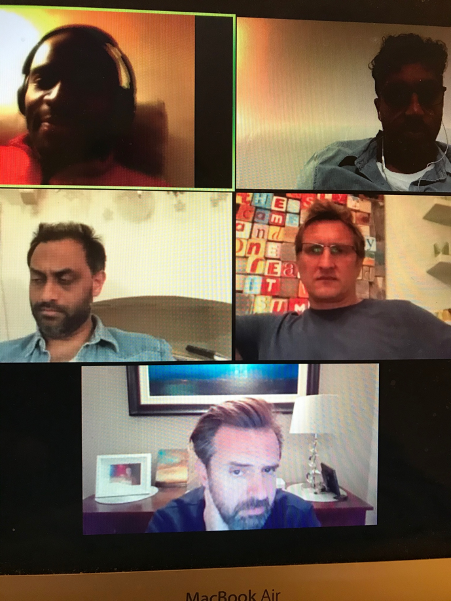 Current protests are first and foremost about being heard and valued. I am one of those five men on the Zoom call and the others are amongst my closest friends. For the first time we are asking each other questions about race. We are starting to see new facets of each other and although some of the conversations are uncomfortable – it is difficult to hear people you love describe troubling moments – the bonds feel stronger still. That is what listening to other people’s stories will do.

The proliferation of social media has provided a platform to share stories. Much to the chagrin of teenagers it seems that, in lockdown, a growing number of 30+, 40+, and 50+ ‘somethings’ have discovered TikTok, and lip-sync classic comedy and nostalgic dances are flourishing – the electronic equivalent of a charity shop! It is a fascinating social sphere. Alongside the narcissism, egotism and vacuousness of some participants are those who see an opportunity to be brave, to share skills, to share stories and opinions. There is magic in relationships too as Dame Judi Dench and her grandson Sam Williams show, or Akshay Partha and his grandmother have shown. There are sadly those who revel in leaving negative and cruel comments and this is impactful. Despite vast numbers of positive comments, it can be the unnecessarily negative comment that elicits a response. I used to think, “why bother replying to those types of people?” but I am increasingly thinking that ‘calling people out’ on cruel behaviour might be the right thing to do.

So, as lockdown proves an increasing challenge and the world seems increasingly fractious, the need to find a way of making sense of it all becomes ever more exacting. It means that we have to have those conversations with our children and each other, partly because if we don’t then somebody else will. It is time to offer new perspectives or a new way of looking at things to each other. I recall sitting in the main hall at Bryanston with Jethro Lyne and he encouraged me to look up at the dome. I had not done that since my first year here some 15 years earlier. “Ah, but a man’s reach should exceed his grasp. Or what’s a heaven for?” he regaled. There is beauty around us and in relationships if we choose to expose ourselves to it and examine it. Our children can be instruments of that change, but we need to ensure that we strive to give them a breadth of experience.

We can start by extending them in our own environment. Whether global changes will come is another matter. That answer is ‘blowin’ in the wind’ someone once said, and I shall ponder solutions over a dram of Talisker tonight.