How to pee straight and take your own advice

Head of Pastoral Preetpal Bachra considers how we can adjust our own behaviours in order to energise ourselves as well as our children. Preeptal also reflects on the ways in which our behaviour can be ‘nudged’ by our home environment and suggests that this period of lockdown could provide us all with the perfect opportunity to think about what we have around the house and why we have it…

Most independent schools have not only catered for academic provision during lockdown but extra-curricular activities too. Many of those provided here have caught my eye. Some are staff/pupil collaborations, but some are run by pupils – dog training, mindfulness, photography, exploring ancient stories, French for fun, beat boxing… to name but a few and oh, how I would love to be proficient or knowledgeable about all of those. However, I was particularly excited by one entitled Classic Albums Club. The members of staff running it invited me to join in and, for that, I must consider which album I would propose as being ‘the’ classic album. My immediate reaction would always be the eponymous Tracy Chapman, although my favourite songs by Tracy Chapman (‘Telling Stories’ and ‘The Promise’) are on different albums. Fleetwood Mac’s Rumours would surely be up there and probably Oasis’ (What’s the Story) Morning Glory? if memories of standing on tables at the Students’ Union Bar in Manchester are pivotal moments of happiness. Herein lies the problem; how can I pick just the one album? The difficulty in making a choice has led to a paralysis of action. In not being able to choose what to propose, I propose nothing. My excitement has remained stuck somewhere between my stomach and my whirring brain and the contribution to the Classic Albums Club has no tangible form. 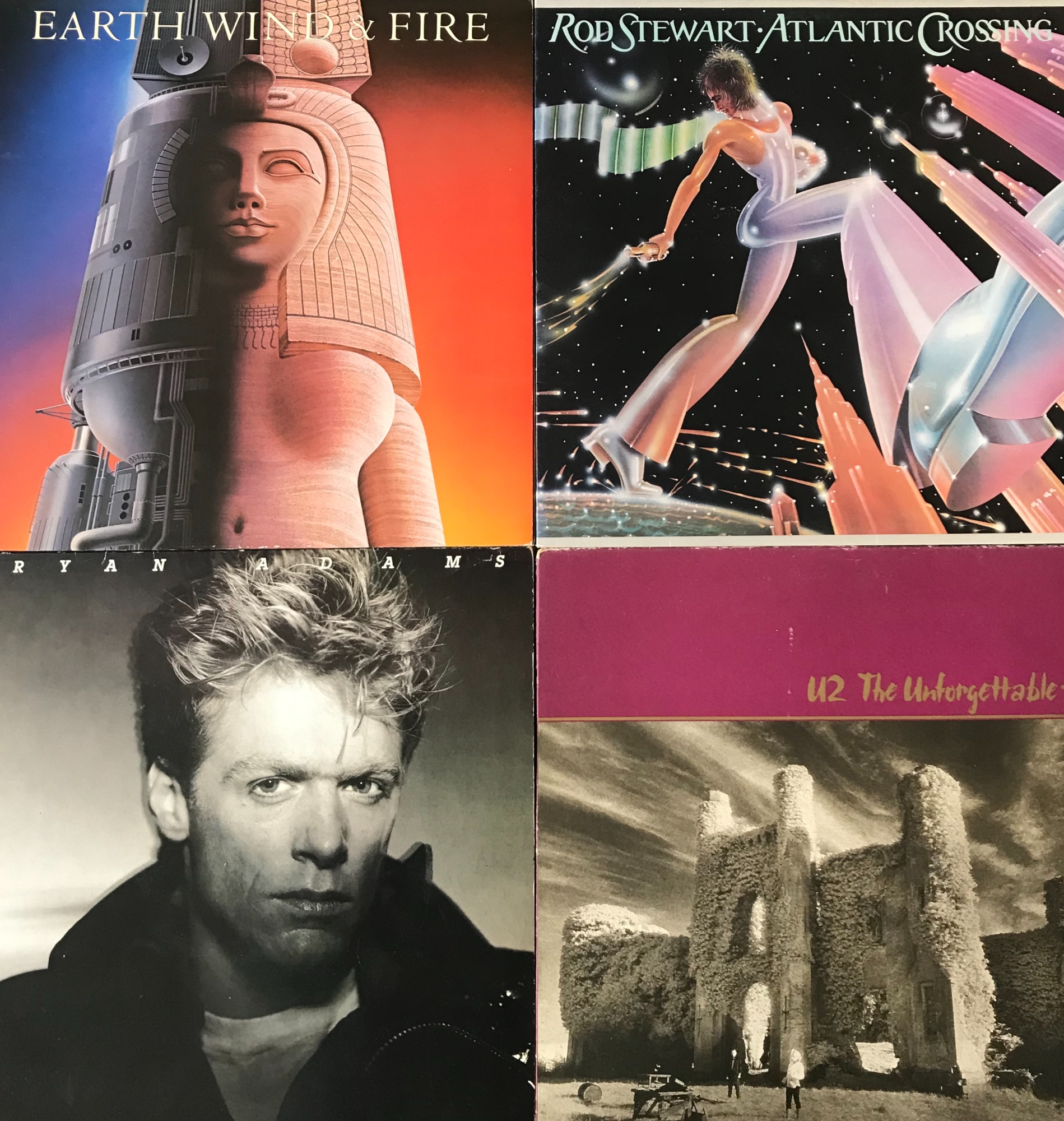 In previous blogs I have questioned how we can make ‘things’ happen by planning, prioritising and ‘eating that frog’ - but what can be done when indecision is stultifying action as ‘the’ classic album conundrum highlights? Motivation also seems increasingly difficult to come by under lockdown and we might be finding it ever more difficult to energise ourselves or our children. So, how can we help to adjust behaviours when some of the methods tried so far may be waning in effectiveness?

A starting point can be found in one of the more subtle results of the musical ponderances I mentioned above. By reflecting on my own life experiences, albeit through the medium of music (I am not alone in this as I gratefully realised when I read Nick Hornby’s High Fidelity), I am also reconnecting with my own life and remembering how teenage life was for me. This is hugely important in providing a current sense of perspective. My wife, Sarah, had determined that one poor mark on the chart of our youngest meant that he needed to get up early the following morning and ‘put things right.’ I casually asked what her chart marks would have been like when she was his age. “I don’t know what you mean,” came the reply and nothing more was said on the matter. Our youngest, oblivious to any of this, enjoyed a lie-in the following morning – it was, after all, half term. Thinking what life is like for teenagers, and realising/ remembering that there are some similarities to our own, can at least calm us before we consider how we can elicit different behaviours from children – for the pupils that choose to do something for themselves are the ones that are more likely to form effective long-term habits. 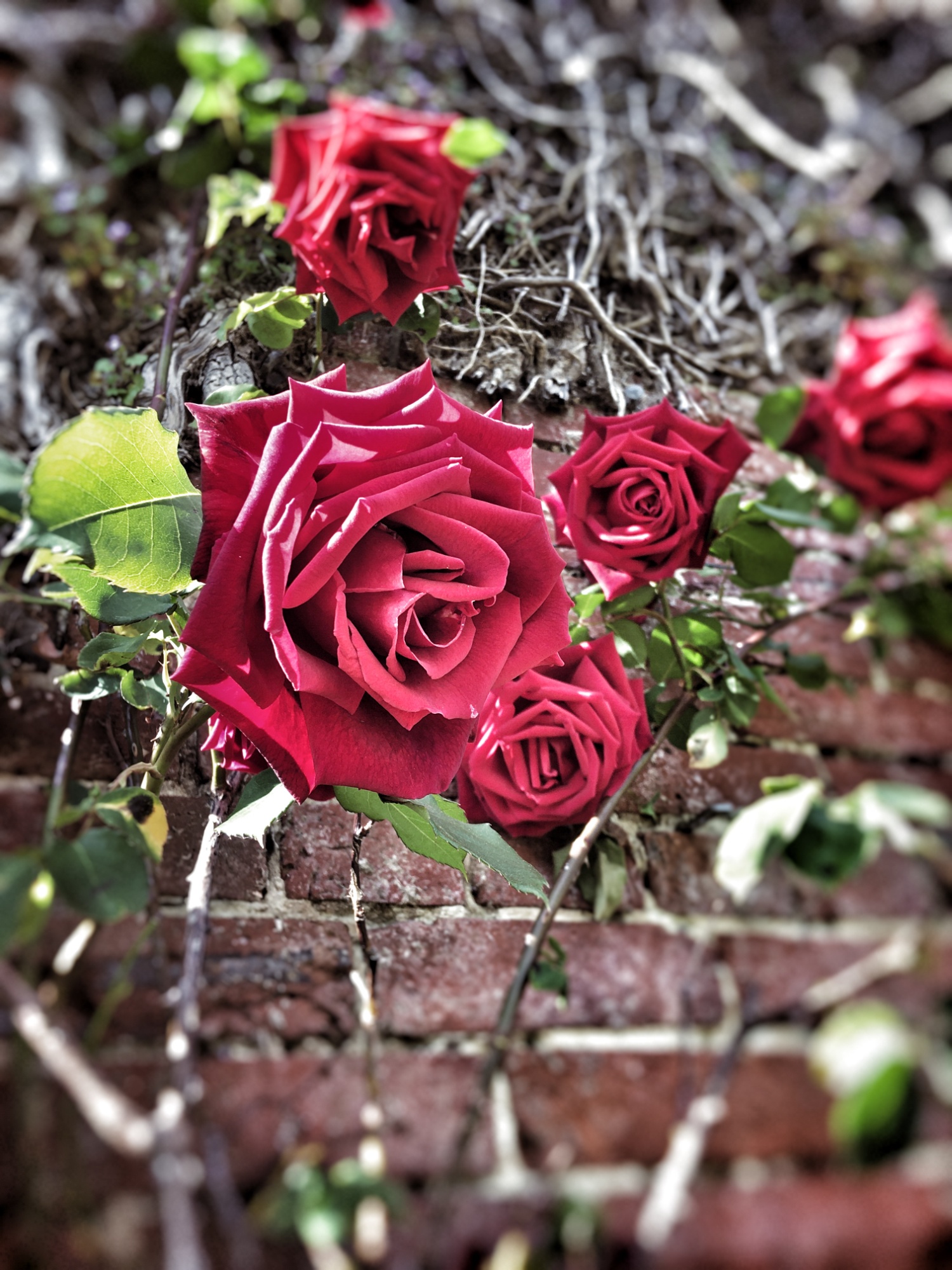 Secondly, we can think about how we get children to connect with a topic. At home, we have finally got round to connecting the virtual assistant Alexa to the internet and occasionally we play a game where one of us plays a song via Alexa and then another member of the family must choose the next song but the song must link with the one previous. It began with obvious connections: Frankie Goes to Hollywood’s ‘Power of Love’ led to ‘Power Over Me’ by Dermot Kennedy, but equally Prince’s ‘Purple Rain’ followed ‘King’ by Years & Years. The challenge increases because one rule is that we cannot choose a song that has been played before. Consequently, the brain has to work harder to remember but also to think of links, however tenuous they may be (and I am still irked at my jump from Michael Jackson’s ‘Bad’ to Rose Royce’s ‘Car Wash’ via a monkey named Bubbles being dismissed). We have all picked up music we had not heard before because we are forever linked to the music of our youth and, through this game, generations are sharing with other generations. In the fun of the challenge, we have also researched facts that we had not encountered before. Imagine the smugness of my eldest teenage son informing me that Tracy Chapman had been in a relationship with Alice Walker, author of The Color Purple. My ignorance of this cast doubt on my status as a ‘fan’ but I was enthralled that two such incredible artists had a bond.

Through this game, I had stumbled into an idea I first encountered in a book by Richard Thaler called Nudge. The basic premise of which is that small and often insignificant things can influence (or ‘nudge’) behaviour. There are many ways in which this can happen and the music game we had played is an example of ‘anchoring’ (the perceived value of something can be steered, or ‘anchored,’ by an initial, sometimes irrelevant activity). However, an observation that stuck with me from the book is that there is no neutral design. That is, the architecture of an environment has already been predetermined by the architect and we assume that these are ‘optimum settings’. A phone, for example, comes with default settings and many of us simply use it as it is set out. As a consequence, our behaviour is ‘nudged’ by the way things are set up. We could apply this idea in education by thinking about the environment children work in: Who has designed the home environment they are now working in? Are they best placed to do the best they can? Who chose that environment? Can it be adjusted to improve behaviour or engagement?

On a visit to a boys’ boarding house in the Autumn term I saw a box with a picture of Mr T aka BA Baracus above it. I asked the housemaster the purpose of the box and the picture. The box was to collect in phones. “And the picture?” I asked. He put on his impressively accurate Mr T voice before stating, “I ain’t handing in no phone.” As a committed watcher and long-time impersonator of The A-Team (ranging from Hannibal to Murdoch via BA Baracus depending on the day), I was in stitches. The injection of humour from the housemaster plus the ‘nudge’ of the picture significantly decreased the grumpiness of the boys, increased the number of phones handed in without having to hassle and also introduced to their lives a TV series which ought to be part of the taught curriculum in every school.

An example given in Nudge and also mentioned in the enlightening talk by Patrick Renvoise on neuromarketing is that of the men’s washrooms at Schiphol Airport. The urinals have a sticker of a house fly embossed in the basin. This social experiment aimed (literally) to improve the mess around the urinals. The effect when they were installed was an 80% decrease in ‘spillage’ and all based on the premise of having something to aim at. I suppose it could be any image, although the fly has proven to be the most effective. There are companies that sell peel-off stickers for schools and homes to stick in their loos and the house fly is the best seller. However, the redesign of the environment (design architecture) brought about a change in behaviour.

Some years ago Russell Earnshaw visited the School to deliver an INSET for sports coaches. We watched some of the games the pupils played. Then he asked them to come up with their own rules and adjustments followed by discussions on how they would solve the problems presented with the new paradigm. It did look a little chaotic but there was no doubt the pupils were all engaged and having fun. However, Russell began the session with the coaches by asking, “How would people observing describe your coaching environment?” Wow! We were floored by that question. Self-reflection is always challenging but when we have to describe ourselves it can be excruciating – “Tell me about yourself” is a sure way of injecting terror into an interview. I usually descend into a certainty that the interviewer is undertaking a Sherlock Holmes-esque computation of the veracity of my babbling whilst simultaneously evaluating my family life, number of dogs and what I had for breakfast all by the state of my shoes. However, it is important to self-reflect and, in doing so, consider what environments we are creating for our children. One where there is more challenge or ‘stretch’ engages all of us more than just being told what to do and that was evident in Russell’s session. There is an excellent chapter on challenge and neural pathways in Mathew Syed’s You are Awesome book on growth mindset aimed at pre-teens and teenagers and this highlights the impact that activities which stretch us have on our brain.

The concept of ‘design architecture’ is often overlooked in the impact on the behaviour of our children. Sometimes, this is because we are so busy juggling many things that we do not have the time to examine what our home looks like, but sometimes it is also because our home environment has evolved by stealth. How did we become surrounded by so many… ‘things’? As well as providing an opportunity for clearing out, lockdown also provides a chance to think about what we have, why we have it and how our homes are set up. In respect of the former I picked up a book on removing excess from homes.

The irony of me recently reading Clutter Busting by Brooks Palmer was not lost on any of my close family and friends for I would have to admit that ‘chaotic’ is one of the more printable adjectives attributed to anywhere I work. However, I have begun to apply some of those principles before I am invited to the next series of Britain’s Biggest Hoarders. The two greatest personal challenges, though, arise from the mental strain when questioning why any of us have such an attachment to things – all things as well as particular things – and also from the daily visitation of Typhoon Teenager, who uproots plates, clothes and packaging and deposits them around the house. Whilst trying to work through my own vast clutter, I have to navigate the clutter produced by those around me.

Interestingly, the first challenge is helped by self-reflection and the second challenge by changing design. Putting things in different kitchen cupboards has reduced the trail of debris across the counters. More washing baskets in more rooms has led to fewer dirty clothes left on the floor. A German friend tells me that it’s perfectly normal to see washing machines in bathrooms in Germany rather than in kitchens, but we are not quite ready for that advancement in design architecture however ingenious it appears.

The result is steady improvement and increasing calm. Yesterday, as I moved across the landing with the vacuum cleaner I was met with the sound of Nirvana’s ‘Smells Like Teen Spirit’ from the 1992 album Nevermind coming from one the boy’s bedrooms.