Head of Pastoral Preetpal Bachra brings us his latest thoughts on remote working whilst isolating at home with his family. Preetpal encourages us all to give ourselves time to adapt as this past week will have been a challenge for every member of the family, to approach frustrations with a calm and level head and to keep up communicating with each other, be it through FaceTime or writing a letter…

I explained, via FaceTime, to one of my oldest and closest friends the ways in which I was remote working this week. He raised his eyebrow and patronisingly shook his head – the way in which I, as a parent, do when one of my sons attempt to wash the plates and simply move debris around the dish rather than off it. My friend works for Macmillan Cancer Research and remote working has been a staple of his working life for many years now. Hitherto, I’ve felt that much of my work is best done face to face, both with pupils and with parents, but this week has given me huge encouragement and it has been the pupils that have provided that, both in their positivity and through the things they have been doing. However, keeping up the momentum may become increasingly challenging in the coming weeks. Here are some of the skills I think we might all need to keep in mind – an ‘ABC’ starter.

I find it relatively easy to post up resources and lessons but this week I have conducted correction periods and tutorials via Teams and FaceTime. However, it is apparent that pupils are so much more comfortable with technology than I am. Some of the pupils have been set up for a video chat with a fixed camera and headphones for clarity. Some have been sitting outside in the garden or, on one occasion, on a hill somewhere. All of them seemed relaxed and comfortable communicating via video whereas my screen alternated between images of my earlobe and the ceiling. I have also been encouraged by how many of them were or had been working despite such uncertainty. Continuing one’s work is crucial and not just because there is an instruction to do so, but also because it says something about our own approach to challenge. Do we wait to see what the options are, or do we forge ahead and make our own lemonade when it seems that the only thing in surplus are lemons? All the pupils I have spoken to so far are getting on with schoolwork and that has been heartening. This is even more impressive as they are finding space in a home where other members of the family are also working and so this past week will have been one of great adaptation.

At school, we have been exploring the wealth of online content we can devise and some of us have created quizzes and presentations. I am most excited about Head of Film Simon Wheeler’s ideas of getting us filming lessons with a green screen so we can choose our backgrounds – I feel a lesson on tourism in the Caribbean emerging.

However, at home, we will need to keep adapting as boredom and frustration might set in and this means both adjusting what we are doing to stop us feeling stale and also finding new and creative ways of doing and engaging. Will Gompertz, the BBC Arts Editor, recently came to Bryanston to speak to sixth formers and the pupil review of his visit reflected that “creativity is central to our future prosperity.” Will has also provided his top five picks of free content to see or hear online on his BBC page but there is a world of ideas out there. Our Librarian, Emma Minter, has also put together access to publications including magazines such as Prospect, The Biologist and BBC Music Magazine as well as a host of resources on the pupil hub.

The Headmaster’s final assembly offered some ideas too with “keep fit, read, paint, dance, write, compose, build, practise, learn a new skill…” and some of our adaptation might be to try new things or to reconnect with forgotten passions. He also reflected on the Nguni word ‘ubuntu’ and the importance of connections between people as well as how we treat each other.

Being inside for much of the day or being with the same people hardly provides a sense of balance and can feel claustrophobic at times (cue Geordie accent): “Day 6, 11.32am in the Big Brother house and tensions are starting to rise…” We haven’t had any ‘fights’ in our household as yet but there are occasions when a certain snappiness is starting to build as we focus on those characteristics that cause irritation. Perhaps as a hint, my wife, Sarah, once bought me the book Who Ordered this Truckload of Dung? by Ajahn Brahm and a chapter entitled ‘Two Bad Bricks’ caught my attention. Here the monk who spent time learning to build a wall is disappointed when he realises that there are two bricks poorly aligned. It causes him distress to the point where he does not wish for anyone else to see the wall. However, his view changes when a visitor points out that rather than see the ‘two bad bricks’ there are 498 good bricks to appreciate. We may need to balance our irritations with a reminder of all the things we love about our family and friends.

Amongst the many staff I have shared ideas with this week is Roger Green, one of our school counsellors. He wrote in one of his emails, “I am starting to think of this moment of time in terms of loss and bereavement. We have lost our routines and liberty etc etc. However, this will pass, and gains will be made of it. Time for us to stop our very busy lives and take stock and make positive changes. Get rid of rubbish, perhaps. I often talk to pupils about what I call ‘comfortable discomfort’; in other words we like to think we are in control of everything but when we allow ourselves to realise we are not in control of everything, we can start to feel comfortable with the uncomfortableness (I know that isn’t a word but what the heck!).” 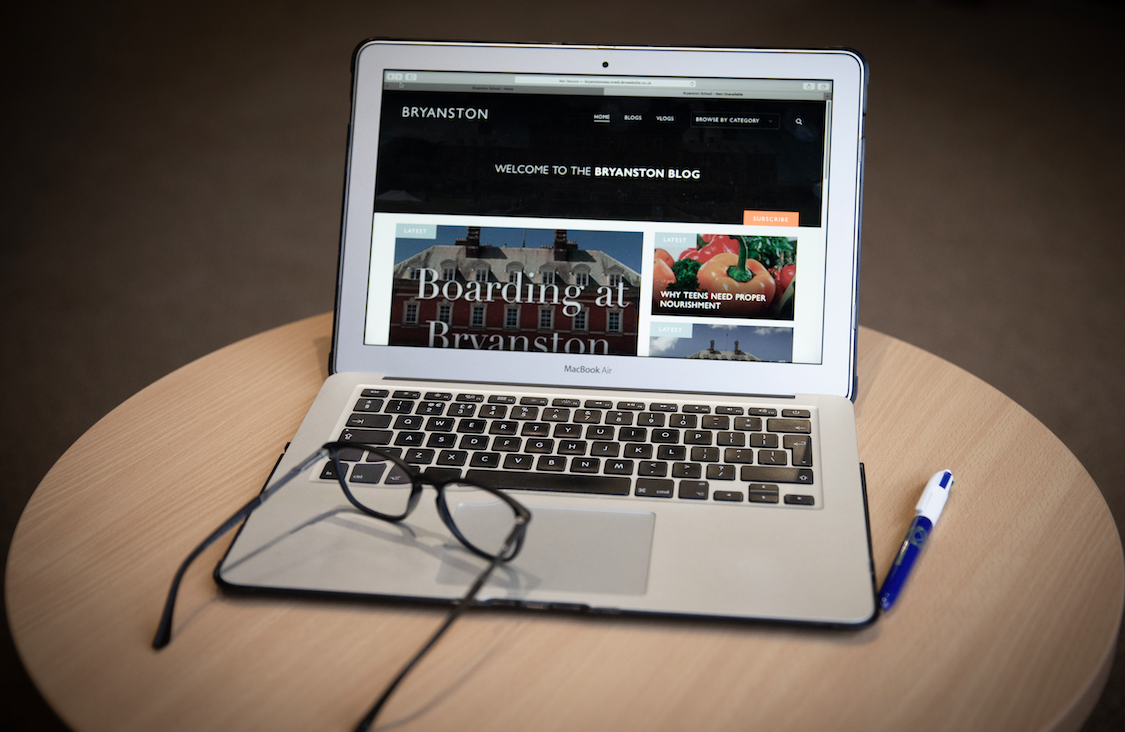 I like the idea of letting go of the worry that comes with things we cannot control. Instead, we can focus on what we can control – and one of these things is to communicate and touch base with people with whom we have not done so for a while.

Like many people, I have spent some of my spare time tidying up and rising to the challenge of using whatever food is in the cupboards. It’s bringing mixed results, but Sarah’s loaf of bread baked with chapati flour has been the standout success.

Another discovery whilst tidying was a box that had been safely put away when moving house (so safely that I hadn’t found it for two years!). The box contained a favourite set of cufflinks, given to me by a former tutorial pupil, inscribed with ‘dramarama’ and ‘scandalabra’ – words she would use whilst rolling her eyes at social issues occupying the girls in house at the time. The cufflinks were next to another gift from a former pupil, an exquisite pen. I used to enjoy writing letters and it struck me that the rediscovery of this beautiful pen was a sign that I should take up this activity again by writing to a few of my pupils. Now seems like a very good time to start.