"All change please, all change" - well, not quite: the transition from a Junior to a Senior Boys' House

Growing up in London and venturing onto the London underground system, I was always anxious about the need to change lines to get to my required destination. Was I aiming to head north or south, east or west, and what was I to do when the tannoy announced “all change please, all change”? 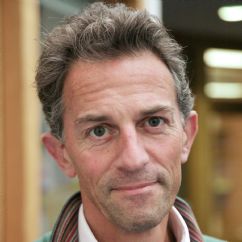 From the outside, moving up to a senior boys’ boarding house at Bryanston might seem a little like this. While a sense of anticipation, even some concern, is perfectly understandable, it is important to remember that it is not “all change” by any means. The grounding of a year in a junior house is already in the bag, so pupils know where to go when asked to meet in Main Hall, or realise that having an assignment in Dorchester is basically working on prep in the maths subject room rather than working on some undercover operation in Dorset’s county town.
Similarly, as Year 9 boys transform into Year 10s when they arrive in their second September at Bryanston, they have the immense comfort of returning to the guidance of their existing tutor. While the new academic year represents a clean slate, a tutor will knowingly ask about the summer break in Cornwall perhaps, or a particular theme from the previous term’s reports, and then of course, how their charge is settling into their new senior boarding house. The continuity provided by the Bryanston tutor system is one of the key elements that eases what might otherwise be a more fundamental transition.
The move has also been smoothed by the hard work undertaken in the summer of Year 9. The process starts with a senior housemaster receiving a confidential list in their common room pigeon hole; it is like Christmas, except we have no real idea at that point who is coming our way. There follows a rapid round of enquiries about this list of names, where we know there is no randomness or partiality at all – the list has been carefully crafted to meld together a group who will live under the same roof for the next four years of their school life. The boys themselves have suggested who they’d like to be with, the junior housemasters have balanced this against the need to share talent around the five senior boys’ houses and an honest assessment of what is best for each boy, and the alchemy is completed by a dash of careful social engineering. The senior housemasters then receive a ‘dossier’ on each new boy coming their way. All in all, it equates to the planning we might all make before embarking on a tube journey across a capital city.
I (and the other senior housemasters) then meet our new boys, inviting them to visit their new boarding house for a quick look around; in the following weeks there is also an overnight camp by the river, team-building, story-telling, a group BBQ perhaps, and a ‘graduation day’ when I also get to meet the new parents. Finally, before the summer holiday begins, the dorm combinations for September are arranged, i.e. the boys know who they’ll be in a room with in the first term of the next academic year, avoiding the peril of a tenterhooks return to school in September.
Once in the senior house, like all tube journeys, there is not one route that fits all, so the journey to the Leavers’ Ball at the end of Year 13 can take various detours with stops along the way, and the route each pupil decides to take is pretty unique to them. Some will take the Circle Line all the way from South Kensington to King’s Cross, while others will opt for the Piccadilly, Central or Victoria line, and that’s because a pupil will have different skills or preferences. It matters not because they all reach their final destination in the end and with their personal confidence pretty well complete. Some might take the circuitous route for a while, or pass through many more stops along the way. Some may even go south on the Bakerloo when they should go north; but between the housemaster, tutors and teachers, we will nudge them in order to get them going back in the right direction towards Baker Street.
During four years of travel, there is plenty of guidance offered so that any pupil should know what’s coming up and when they need to react. “The next station is Paddington. Change here for the Bakerloo line and National Rail services”. And then there is my own personal favourite – ‘Mind the gap’. Nobody aims to put a foot wrong, but it does occasionally happen, even if the warnings have been made clear. Unlike the junior houses, the adolescence card is in play rather more, and this is part of growing up – but we are on hand to avoid the ‘gaps’ or to pull the emergency handle as required.
Finally, unlike at some schools, the senior house does not alone define an individual at Bryanston, rather it is what they achieve in the milieu of the whole school which does. Yes, the friends and experiences they have in their house are deeply personal and unique to the surroundings, but, like each and every tube carriage, they will spend so much time with other people, each with their own individual personalities, that it is the journey through school as a whole which has the greatest resonance.
So, for those of you reading this who are curious or even a little uncertain about Bryanston’s transition of house for boys between Years 9 and 10, it is far less a matter of ‘all change’ than might seem. More like a little change, at the right time, at the right station, and onto the right line with plenty of comforting continuity.
Tagged Boarding Boys Pastoral Care