Settling in at senior school 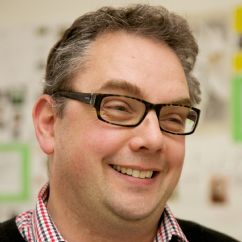 A long time ago, when I was at a not very distinguished school in Wales, the Year 9 boys were known as ‘plebs’. While one might admire the erudition of such a nickname, it was hardly a compliment. Teachers called us plebs, older pupils called us plebs and both told us how lucky we were because plebs used to have a much harder time of it in the old days. We should be grateful for small mercies. There was even a verb: one could ‘pleb’ a junior (i.e. ask them to do something menial or unpleasant) or the junior could ‘be plebbed’ (carry out such a task). I remember being sent to the not very local shop with a 1p coin and being told to buy a 1/2p sweet and bring back the change. The sweet wasn’t the point of the exercise. The point was that I was a pleb, so I should just grit my teeth and get on with it, and one glorious day I would be able to carry out the full range of plebbing activities myself.

I’m afraid I never really did, not that I can remember anyway . . . instead I find myself running a junior boys’ boarding house at Bryanston, catering exclusively to Year 9 boys. You might say that I have a house full of plebs and some might argue that my career is now entirely based on plebbing – telling small boys what to do – but I would say that is to misconceive what we are up to these days. No modern school worth its salt would or should tolerate any culture of exploitation. Thankfully, those days are long gone. What is striking and different, and brilliant about Bryanston’s approach to boys’ boarding, is that over 30 years ago (about the time that I was at school and getting plebbed) the school established the junior boys’ house system.
To explain – because it is unusual – all of our 13-year-old boys go into one of our two junior boys’ houses, either Beechwood or Cranborne, for their first year. In each of these houses the boys have their own space: their own pool table, their own workrooms and common room.  So, on their first night of boarding at senior school (and for a good number, this is their first night of boarding ever) they are not likely to be bumped off the pool table by a large and hairy 1st XV prop forward. The boys will have time and space to get to know the others in their house in an environment that probably feels a bit like a prep school. If they are used to being a big fish in a small pond, the junior house acts as a sort of holding pond before they enter the tidal waters of whole school life. Friendships are forged. Hand-picked prefects from the sixth form (boys and girls) act as role models and work as mentors in the house, guiding the boys through their first few weeks and months. There is a lot of laughter and an awful lot going on. Add in the fact that Year 9 is a time of enormous change anyway, with adolescence often kicking in, a new sense of independence, physical, emotional and social growth, it seems desirable that these things can happen in a protected space.
The system also allows boarding staff to specialise. A junior boys’ housemaster is not distracted by sixth-form goings on, UCAS references, GCSE choices and so on. We can focus on and keep learning about our boys and their needs in those crucial months as they find their feet. We can ensure that they are making the most of the opportunities on offer. We can also offer guidance to parents – who need to settle in too – as we begin to recognise patterns and routines. In particular the sudden separation of school and home can throw up issues on both sides and the junior boys’ house offers the perfect context in which to discuss and resolve these things.
But as I often find myself saying to parents, the thing that makes Bryanston unique in its house system for boys is the way we allocate them to a senior house. We resist the tribalism of more traditional environments and we try to create a balance of talents and personalities across all houses. We actively encourage socialising between the two junior houses and then we give the boys a say in who they are with; they give their junior housemaster a long list of those friends that they would like to be with in a senior house. Neither the boys nor the parents get to choose a house (parents don’t have to audition housemasters, fortunately) and nor do housemasters recruit for their house (this seems invidious to me). Instead, the groupings for senior houses emerge in a series of meetings over several weeks in the summer term. The boys don’t always get what they want, but they do get, we think, what they need, in terms of their peer group for the next four years. The final piece of the jigsaw is the tutor; boys will be allocated a tutor by the Head before they arrive at the school. The tutor will support the boy on an individual basis throughout his time at Bryanston, so the work of the junior housemaster is always backed up by those one-to-one conversations that take place weekly in tutorials.
The first year of senior school used to be one that had to be endured rather than enjoyed.  Now, thanks in a significant part to the real boost in confidence and security that boys (and parents) get from the junior house system, most older boys will look back fondly on that time.  “Do you remember when, in Beechwood . . .”  is often a conversation opener from a cheery-looking A2 school prefect. It is a year to be enjoyed, a year of great change and development, and, we hope, the best start to a very positive school career.
Tagged  Boarding  Pastoral Care  Boys