At the weekend the classes of 1987, 1997 and 2007 returned to Bryanston for their reunion. Benjy Barkes (Sa ’07) reflects on his return to school and what it meant to him.

What an amazing, rewarding and fun day! Mostly we hadn’t seen each other for 10 years and for many it was their first time back in Dorset, let alone the school grounds. The last time we were together as a group we knew a huge amount about one another, at least we imagined that we did. We had spent most of the previous five years in each other’s company, whilst going through the same experience.

But talking to others at the reunion, it became clear that we hadn’t had the same experience. Five of the most formative years of your life spent anywhere, but particularly Bryanston, are a unique experience, and we all have our own memories of our time at school.

Besides some smart new additions, the school feels and looks largely the same. The worlds we lived in – for me, the four corridors of Salisbury House and a few small bedrooms that were my home for years of my life – also look the same. 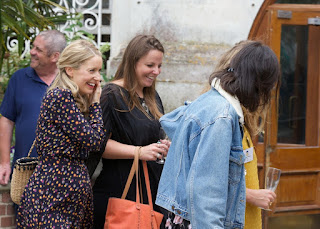 Even as we were given a tour of the house, the group of recent strangers slotted back into their former school roles: the loud ones, the shy ones, the musicians, the rugby players. It was nostalgic and curious, bouncing from mature catch-up chat to long forgotten school-boy banter.

I guess that we are still the same people that left Bryanston a decade ago, we certainly look similar! But we are all, without a doubt, so much better for those 10 years. The shy 18-year-olds are now young professionals. Some of those that played in bands at school are now musicians playing to crowds across the country, some of the rugby players are now professionals, hard workers are now accountants and bankers, some are married with children; there are soldiers, artists, naval officers, actors and composers. 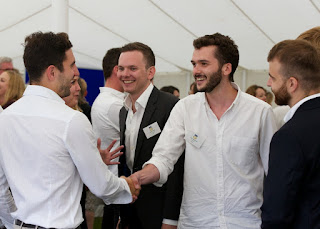 Every person, in every way, seemed a better version of themselves. A more confident, happier and developed version of the person that emerged from Bryanston all those years ago. I imagine that this, as an observation, would probably be consistent with other schools. However, with Bryanston there’s one clear difference: the diversity.

I cannot envisage that any other school produces such a happy mixture of people, who not only relish seeing each other, but also cherish their differences and are thankful for the school that offered the chance for everyone to find their niche. There truly is no Bryanston stereotype.

By and large, everyone at the reunion expressed the fondest memories of their time at school and loved the opportunity to spend the day together. It’s a curious virtue of our newly discovered confidence and maturity, that most of us had longer conversations with people in our year at the reunion than we ever had in our five years of shared classes. A missed opportunity, but such is life. Bring on the 20-year reunion!

See more photos from the reunion.