This week we welcome Second Master, Peter Hardy, who looks at what British values are and how they are embodied at Bryanston. 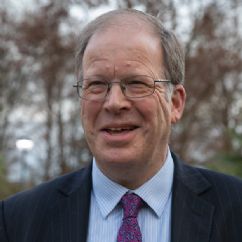 For many the idea of a boarding school typifies British traditions, values and culture. Bryanston has always taken what it believes to be the best of these traditions and values and combined them with new ideas and thinking – et nova et vetera in action.

All schools in the UK are now required to ‘promote fundamental British values’ rather than simply respecting them, as previous government guidance stipulated. This change in language from respecting British values to actively promoting them is one that has resulted in a close inspection of how we promote these values at Bryanston across the school, whether in the classroom or simply through our daily interactions with each other.

The government outlines the fundamental British values as:

As far as the rule of law is concerned, this is regularly emphasised. Pupils are taught about rules, regulations and expectations and this is underpinned by our own Rules and Regulations, Behaviour Policy and associated documents. The teaching of this is set in the context of the rule of law in the country as a whole and within the context of living together successfully in a full boarding school.

Pupils are also taught about the importance of making choices in the knowledge that they are living in a safe, secure and supportive environment at Bryanston. Individual liberty and personal freedom are emphasised, as are the risks that may apply. Underpinning this, boundaries and consequences are clearly laid out so that pupils are able to make their own sound judgements and informed decisions, as well as learning from their mistakes.

Respect for and knowledge of other faiths is welcomed, and is delivered regularly through both assemblies and also through the PSRE curriculum. In Chapel each week with D pupils the Chaplain promotes tolerance and a healthy respect for difference.

Underpinning all of this is the central role of democracy, which is also regularly promulgated in school assemblies and explored in various aspects of the curriculum and ECAs, including a Model UN and mock elections.

At Bryanston these values have been central to our ethos since our early days, even if we haven’t always labelled them as specifically “British”. Indeed, one could argue that these values are not unique to our own culture, either as a school or as a country. However one views them, it is clear that Bryanston pupils are exposed to the importance and significance of our shared British values and expected to live by them and be guided by them both in school and beyond.