God made us all, each wonderfully different...

School Chaplain Reverend Jo Davis reflects on the importance of seeking to understand the differences and similarities in everyone we meet whilst, above all, treating them with kindness as a fellow human being...

Since I arrived at 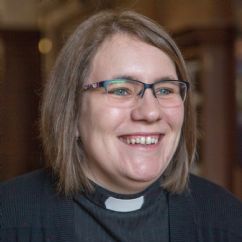 Bryanston 10 weeks ago, I have been told many times that there is no Bryanston type. That our aim is not to fit everyone into a mould, but to support them to become a fuller, brighter version of themselves.

I believe that everyone in the world has an equal right to exist and have their own beliefs and opinions. As a Chaplain, it is my job to support and pastorally care for everyone in the school, religious or not. If their faith differs from mine, it’s my responsibility to ensure that they are supported in their faith.

You rejoice in our differences, yet we make them a cause of enmity.

As an RS teacher, I have taught all six of the major faiths including atheism. I consider it a privilege to do so, but I also think it is hugely important. Just because I disagree with someone, it doesn’t mean that I do not need to understand their point of view. Learning about Islam to teach it to GCSE level has given me many opportunities to reflect on my own faith. If we don’t understand the opposing view to our own, how do we know that we don’t agree with it? We should seek to understand the differences and similarities in everyone we meet whilst, above all, treating them with kindness as a fellow human being.

This culminated on Wednesday last week in my attending a book signing with Richard Dawkins in Bath, accompanied by a group of A2 pupils. A man who, it could be said, has views diametrically opposed to mine, but I was still looking forward to it.

When doing some research beforehand I was staggered to come across a video entitled ‘Love Letters to Richard Dawkins’ where he reads out some of the horrifically offensive emails he receives, many from people claiming to be Christian, but wishing him a horrible death and eternal suffering in hell.

I could not believe it, and it spurred me on to attend the signing and be nice to the man. But I wanted to do more than that and felt called to show him a different side of Christianity, the faith that teaches me to love God, and love my neighbour as myself. Love is the most important command, and overrides everything else. I have recently discovered the Craftivist movement, which seeks to spend time and effort protesting positively, quietly and kindly through handmade items. I set about creating a gift for Richard that celebrated our commonality. Nothing inflammatory or that challenged his world view, apart from maybe what Christians were like. It was a challenge to find him after the Q&A session, but I managed it, and was able to shake his hand and pass over my letter and gift. 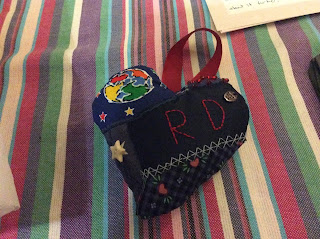 I was amazed to receive a personal email from him later in the evening, thanking me for the gift.

This week I have challenged all the D pupils to investigate a view that is the opposite to one they hold, to do some research and look into their similarities and differences. Difference should be celebrated, not feared.

As a result, I’m really looking forward to Bryanston’s Craftivist Group, an extra-curricular activity (ECA) which I will be hosting from January. Craftivists aim to change the world through well-thought-out, quiet and kind acts of loving protest.