Procrustes and his bed

This week we welcome Akshay Sanghrajka, teacher of Classics and D year coordinator, who looks at the positive impact of recent changes to the structure of the first year at Bryanston. 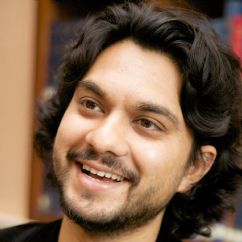 I recently chanced upon the word 'procrustean' in a novel I was reading and didn't know what it meant. It turns out that it's a great word, certainly in my pantheon along with the likes of ‘prolegomena’ (which is what these are - introductory words) and ‘smorgasbord’ (to which I shall come anon). Procrustes was some of kind of rogue bandit in Greece who assaulted people by forcing them to fit themselves into an iron bed that he hitched around the Greek countryside. So the word 'procrustean' comes to mean attempting to fit something of different size or proportion into one arbitrary standard; that is, attempting to diminish life's infinite variety by forcing it into one mould or framework.

Part of the reason I like this word is that it neatly encapsulates the precise antithesis of a Bryanston education. One of the things I think we as a school are very good at is nurturing a variety of individuals, creating the right conditions for a smorgasbord (there we are) of different pupils to flourish.

It was to this end that we recently made some changes to the structure of the D year, the first year at Bryanston. We made a decision to move the D exams from the end of the summer term to the end of the spring term. This may seem like a rather niggling procedural move but it was done in order to key into the centre of our educational philosophies.

The summer term now becomes a term in which teachers are freed from the shackles that exams necessarily impose. Our aim in this period, then, is to urge our pupils to make a step up from the initial D settling-in period to a more mature style of working. This happens in several ways, most notable among which is the requirements of assignments set. We try to elicit work from pupils which is of a more creative, independent nature. This might be by setting research assignments and encouraging pupils to use the Alexandrian libraries in our main school building; or by coming at a traditional subject from an oblique angle to provide our pupils with a fresh perspective. Thus, pupils feel more empowered over their own work and can complete it in a way which is idiosyncratic to their own style.

That fellow Procrustes, he naturally came to a sticky end. Panhellenic superhero Theseus happened to be passing by on his journey from Troezen to Athens and fitted Procrustes to his own iron bed.

Now, far be it from me to compare Bryanston to Theseus, who did all sorts of things from slaying minotaurs, to abandoning damsels in distress, to forgetting to change his sheets - with fatal consequences (as any matron of a junior boys' house could have told him). But as a self-declared foe of procrustean measures, Bryanston does have something in common with the wily old Athenian.