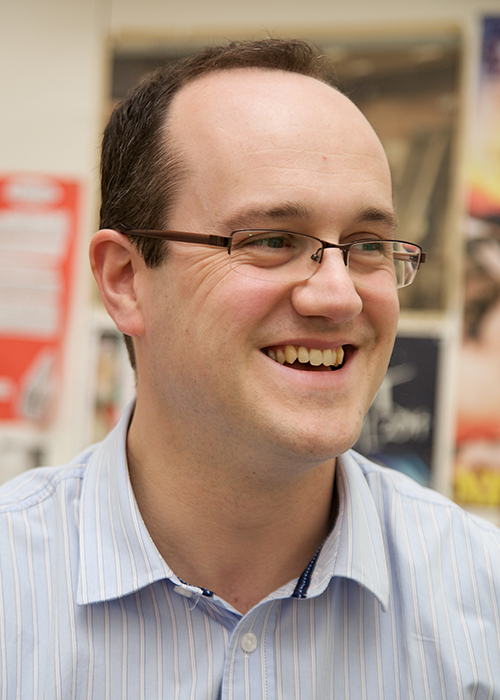 In the current educational climate, in which we chase ever higher grades at traditionally respected universities, it can look like something of an extravagance to devote two periods each week to a co-curricular, non-examined lecture for a year group preparing for essential IB and A level exams (especially with no January exam session as a safety net). Nevertheless, the A2 Current Affairs programme remains a mainstay of the sixth form academic enrichment programme because, as Winston Churchill's mother put it, thrift and adventure seldom go hand in hand. And these talks are, in a way, mini adventures. They provide the pupils with insights into worlds and realms of experience perhaps unthought of or unreflected upon, and they broaden their moral and cultural horizons along the way.

As well as being very well received by pupils, providing an enjoyable and stimulating feature of their weekly timetable, their real value lies in the questions raised by this series of talks. Questions which, very often, we don't realise need asking, for example: why are there around 500 cults operating in the UK and how might we be vulnerable to their influence? Does Britain now hate men? Why, through examining the bizarre life cycle of a jellyfish, should we have more respect for our oceans and take marine conservation much more seriously? How easy is it to end up in prison and what challenges might face us on the inside? How have we lost touch with our musical heritage and why are we the poorer for it? Is Britain really broken? How do failed states abroad impact upon our lives at home?

As well as being thought provoking, I have also found that these talks can give direction and focus to future aspirations and plans. At the end of a talk about the world of marine biology, everything fell into place for one pupil as she realised exactly what she wanted to study at university and, more importantly, why. Another pupil, lacking confidence in his abilities as a writer, found great inspiration in a man who managed to hone his skills in one of America's toughest jails, smuggling out his work on pieces of toilet paper written on with a pencil sharpened on his cell wall. It was also touching to see a group of budding musicians remaining behind after a talk on the history of popular music to sit at the feet of a master and hang on his every word.

And some of the talks are also just plain fascinating. From an exploration of how exactly hypnosis works, to an explanation of how police forces solve major crimes, to a personal account of what it was like to be a spy in the Cold War, the A2 Current Affairs programme is enriching in so many ways. It is an extravagance but it is also, I believe, a necessity. It is a welcome prospect at the end of a busy week and year on year the pupils ensure that the next cohort approach this compulsory lecture on a Saturday morning eagerly and with an open mind, for which I am extremely grateful.