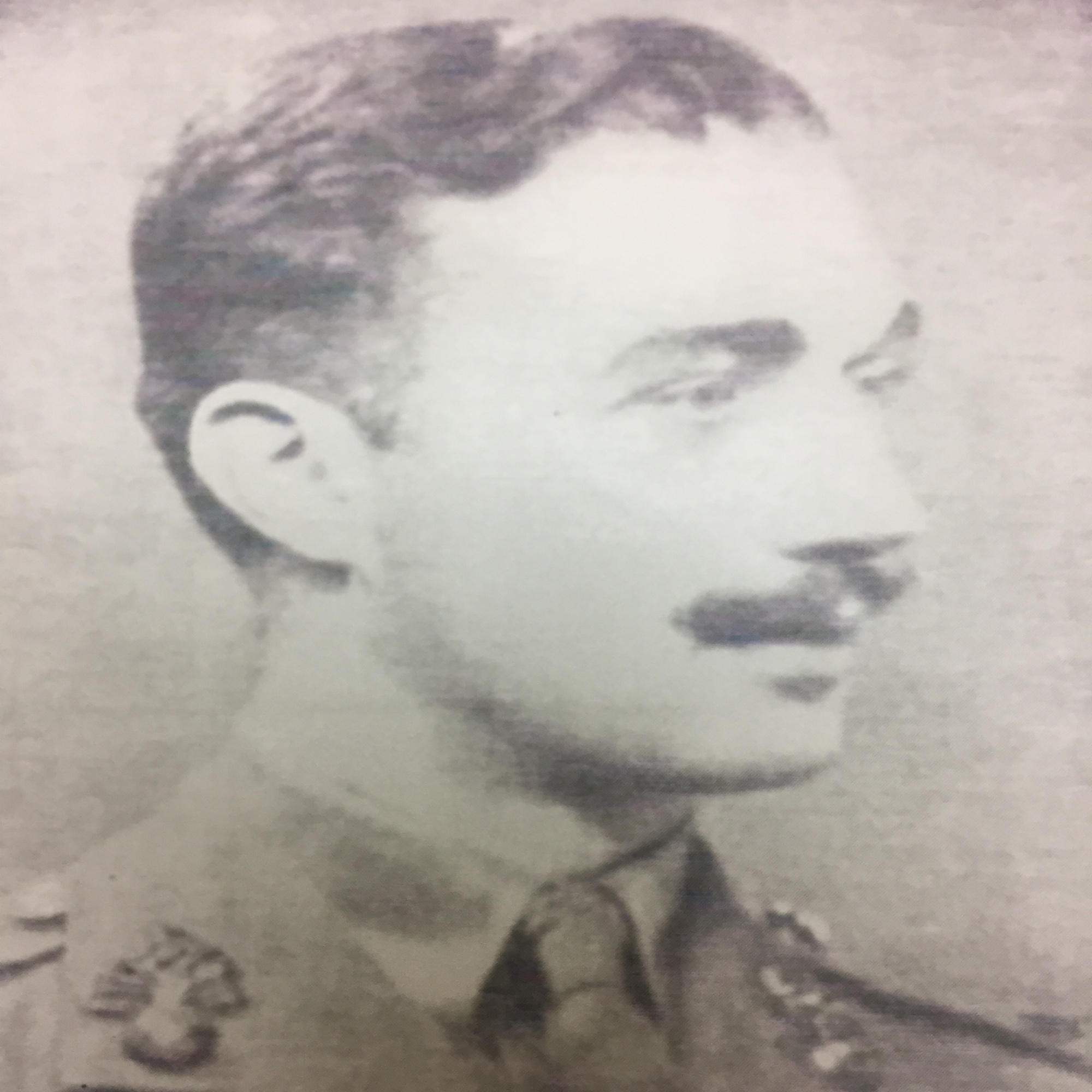 Mr Cowley writes: ‘My first recollection of Robin Adams is of a small boy doing cartwheels and somersaults with such cheerful agility that he was immediately recruited for a pantomime ballet; my last, a vigorous letter attacking the Saga for its disapproving attitude towards Russia’s dealings with Finland. Whatever Robin did, he did vigorously, whether it was at scrum half, at centre forward on the hockey field, as Cleopatra on the stage, or championing Communism at the Debating Society. He lived a full life and made many friends at Bryanston who will not forget him.’

Robin was awarded the Military Cross on 18 July 1941 ‘for conspicuous courage, determination and devotion to duty on 30 January 1941 at Agordat.’  During the Syrian campaign, Robin was taken prisoner and sent to Germany.  He was returned to his unit when prisoners were exchanged.  During the Italian campaign he reached the rank of Major, was taken ill with malaria followed shortly by typhoid, which proved fatal.  He died in a military hospital in Naples on 6 September 1944.