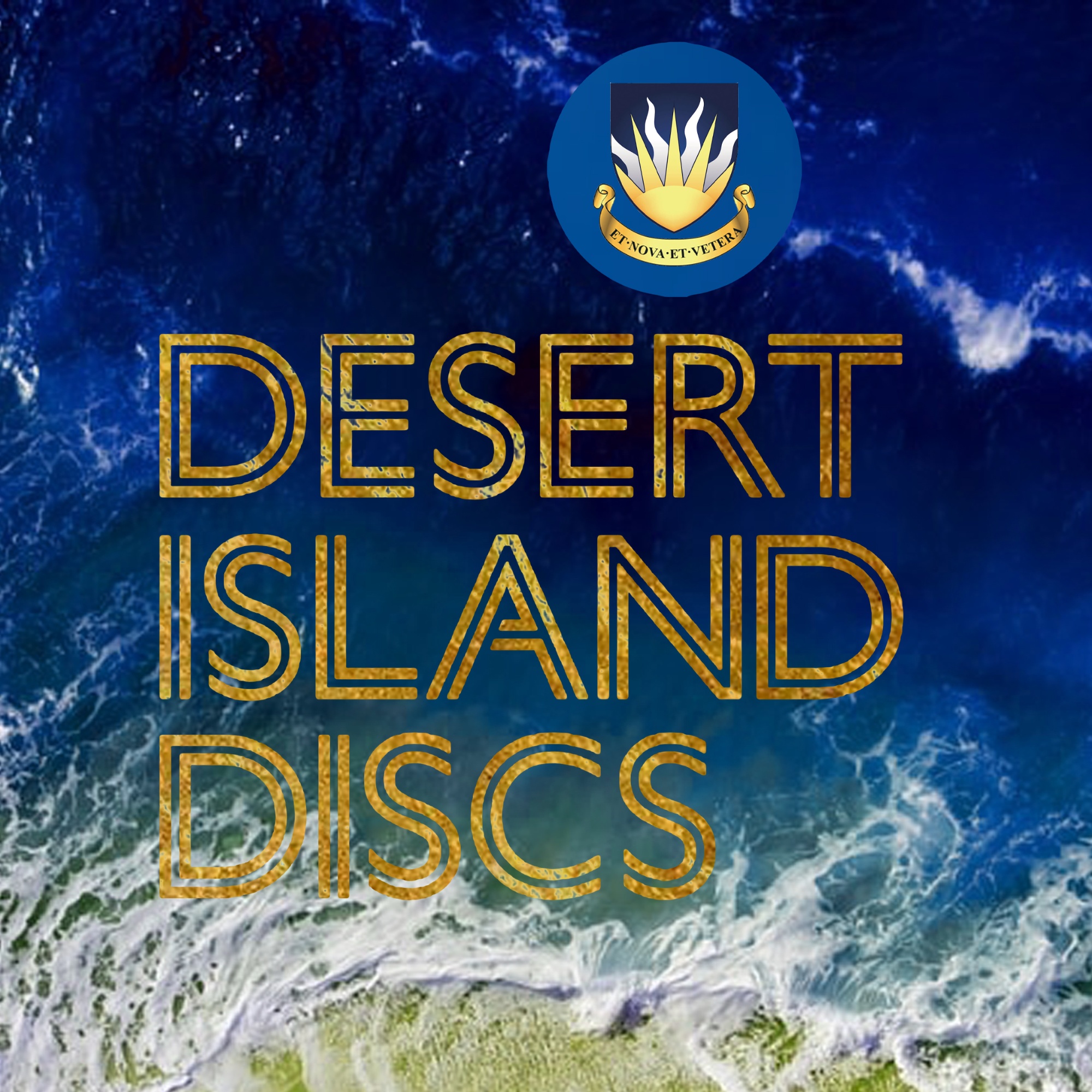 To be honest, music is usually something that someone else puts on, and I often don't pay much attention as it plays in the background. Songs do have an amazing power to transport you to a particular time and place, even if you don't notice them at the time. Although I wouldn't claim it was my favourite song of all time, one that I heard again recently was Something Changed by Pulp, from the 1996 album 'Different Class.' I like Jarvis Cocker's Sheffield accent and the lyrics are quite haunting and creepy. It's a song about itself, which is quite meta.... 'I wrote this song two hours before we met. I didn't know your name or what you looked like yet.' The band still looks quite good in the video, especially the drummer's shiny apricot leather jacket. Good times!

On my desert island I would like to play, perhaps appropriately enough, The Beach Boys' Good Vibrations. It's one those songs that always picks you up with its amazing harmonies, vocal range and the slightly wacky sound of the theremin instrument. It's one of those songs that you don't want to stop and, like all good music, transports you to somewhere different. The lyrics portray the exciting feelings of falling in love, but as important for me is that the music shows Brian Wilson, the genius behind the Beach Boys' sound, at his creative peak. As is often the case with works of art, the outward simplicity in this case of the melody belies the complexity of emotions and musicality that underpin it.

If anyone ever tells you that the good old days were better, they are a liar. I grew up in the 80s listening to some heinous pop music such as Black Lace's Agadoo, Star Trekking, and The Birdie Song. Dire Straits released the album 'Love Over Gold' in 1982 and it contained Telegraph Road. It is a brilliant piece of music because it's a great story, and very specifically I like the live version on the Alchemy album which is 15 minutes long. The live version was recorded on tour in the Hammersmith Odeon and you can hear the crowd clap, sing along and during the quiet moments shout out at the band! I often wonder where those people are now and do they know they are on the album? I first listened to it in 1992 on cassette on my Sony Walkman. When I eventually got my first iPod I was able to track how many times I listened to it, and when I transferred my library to my laptop I was told I'd played the track 908 times. It has been my go to track for 30 odd years because it has some really talented musicians at the peak of their creative powers telling a brilliant story.

I don't know if I can decide on just one... can I have a playlist?

Without question the song that has changed my life the most (as opposed to ‘favourite') is Coumba by Orchestra Baobab. In 1989 on the Album ‘Pirates Choice’ this song by the short-lived 1970s Senegalese band first introduced me to the wonder of world music and opened my eyes to the fact that music could be bigger than the commercial 80s stuff I was used to. Whenever times are bad, or I just need to re-centre myself I sit down and listen to this masterpiece.​​​​​​​

As a sadly frequent listener of Radio 4's 'Desert Island Discs,' I know I have five options and refuse to be restricted to one.

Need fun and cheer? Mr Blue Sky by ELO
Need calming? Bach's Jesu, Joy of Man's Desiring
Need to dance? Human League's Together In Electric Dreams or Modjo's Lady (Hear Me Tonight)
Need inspiration - The Divine Comedy's In Pursuit of Happiness
Need to prepare for rehearsals? Queen's The Show Must Go On - sorry to be so literal...

​​​​​​​Heroes by David Bowie. Written and recorded in 1977 during Bowie’s ‘Berlin period’. It’s now one of his most famous songs and is, quite simply, magnificent. My three children have to listen to it often!

Read what it says on Wikipedia about the song and its significance: Inspired by the sight of Bowie's producer-engineer Tony Visconti embracing his lover by the Berlin Wall, the song tells the story of two lovers, one from East and one from West Berlin. Bowie's performance of Heroes on June 6, 1987, at the German Reichstag in West Berlin has been considered a catalyst to the later fall of the Berlin Wall. Following his death in January 2016, the German government thanked Bowie for "helping to bring down the Wall", adding "you are now among Heroes".

And she was by Talking Heads. I have it on vinyl, it has to be played loud and then you just have to get up and dance to it, and sing along, however badly - it makes me feel free. I love the lyrics, and the beat and the video is original and artistic! A definite favourite…

It's a tricky choice. Clearly Sharp Dressed Man by ZZ Top is an obvious choice for me. As a physics teacher, when demonstrating the motor effect by playing phat tunes on a strip of tin foil, my penchant for a cheeky little bit of Highway to Hell by AC DC, Ace of Spades by Mötorhead and A Little Less Conversation by the King comes to the fore. At the moment however, I'd probably go for Crazy by Icehouse. I feel Icehouse really epitomises the sound of late eighties/nineties Australian rock/new-wave, something that always puts me in a happy mood and reminds me of good times down under. The music videos are also good for appreciating some totally bitchin' hair styles.​​​​​​​

My choice would have to be one of the most famous Beatles' songs Hey Jude written by Paul McCartney. I have always loved the powerful lyrics, which focuses on optimism and togetherness! We all need these right now in our lives. Growing up listening to this wonderful melody, was an amazing experience…

The coda is the best bit, ‘na na na na-na-na na’ which goes on and on and on and on! It's the most amazing song and all Bryanston pupils should definitely listen to it. You’ll all love it!

Choosing my song on International Women’s Day encouraged me to think of strong female voices I listen to. The raspy tone of Stevie Nicks (Fleetwood Mac) has always resonated with me and Landslide is one of my favourites – it also has great guitar. Through life’s many twists and turns I have listened to this song and it has made me feel positive about life and about change. It talks about sailing through the changing ocean tides and handling the seasons of one’s life. It’s also about love, as so many great songs are, and how time and experience make you bolder and able to rise above whatever life throws at you. Have a listen!​​​​​​​

If not now by Tracy Chapman. Tracy Chapman by Tracy Chapman was the first album I ever bought and it was on vinyl. I saved my pocket money over several months to buy it. The album was released in 1988, I was 14 and I had never heard anything as relevant as Tracy Chapman although I discovered Bob Dylan and Bob Marley in later years. The popular songs on the album are Fast Car and Talkin' 'bout revolution but every song is beautiful. However, If not now, the 10th track of 11 is a love song about waiting (or being made to wait) for love to happen.

A close call between Dire Straits' Brothers in Arms and The Cat Empire Two Shoes. Whilst The Cat Empire is certainly a band that the majority would never have heard of, that is partly the reason for its popularity for the few that have. An Australian ska band full of trumpets and brass, the songs would be on full blast in our Italian chalet whilst we washed up the guests' dinner. Lyrics such as 'My ears are wearing head phones, That do play my favourite songs, Not music I'm told to like, But the songs that make me dance along' or 'My stomach got some tasty food, That's making me feel good, Cause sharing some meals is something, I wish the world could do.' Working amongst an eclectic and international group of seasonaires all out in the mountains for a good time, this music bolstered our sense of freedom and adventure, helping us endure the kitchen sessions when all we wanted to do was be out climbing in the sunshine! A far cry from the success of Dire Straits, their song Brothers In Arms is probably one of the greatest songs ever made; but for the memories of my Italian adventures The Cat Empire always makes me get up and dance. My advice, play music that you love, without a care for someone else’s opinion; and play it loud.