Last Saturday, runners and swimmers took part in a biathlon race at Bryanston. The teams consisted of swimmers and runners, and a total of 45 pupils took part. 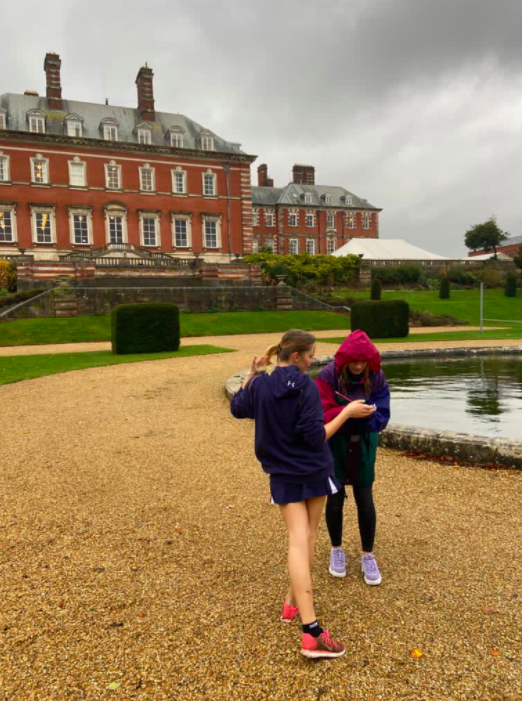 The swimmers had to swim 400m (16 lengths) and then their fellow teammate runner completed an orienteering course around the school grounds, with the overall time being counted.

Runners were lined up outside the pool window cheering their teammates before they were tagged through the glass – the signal for them to start their route to the first checkpoint (out of seven). Runners were free to choose the quickest route between points – although it was hard to be creative when it got tough!

We very quickly realised that this race was descending into a competitive contest and despite it being a grim day weather-wise, everyone made it around the course and the cross-team race ended with smiles. We’re really looking forward to our re-match – a triathlon perhaps?

Head of Cross Country Nick Payne commented: “The inaugural SwimRun event at the weekend was a competitive race and the winning team covered 4.1km in total. Runners were given secret checkpoints across the site that they had to run to, ensuring their sheet was signed by staff at each checkpoint. The pupils were able to choose any route and therefore had to think on their feet to choose the shortest and quickest one!

“The overall winning team consisted of Claudius S and Massimo M G who both performed fantastic swimming legs and provided a solid foundation for Emily S and Elliott C to run down several groups and take the overall win by over a minute.

“It is the first time we have done a cross-team event like this and it was well received by all of the pupils. The event tested their stamina and it was just as wet for the runners in the horrendous rain as it was for the swimmers in the pool!”

By A3 pupil and Club Captain Emily S