The annual gathering of the The Buzzards saw 19 golfers tee up at Ferndown Golf Club in Dorset in early October.

A warm, fine autumn day greeted golfers spanning almost every decade since the fifties for a challenging day of competitive golf on arguably one of the finest golf courses in southern England.

The club’s host, Ted Preston (H ‘55), saw that everything ran like clockwork.  Teams of three were dispatched by the honorary starter to do battle with the tree and heather-lined fairways before negotiating the slick but perfectly mown greens. 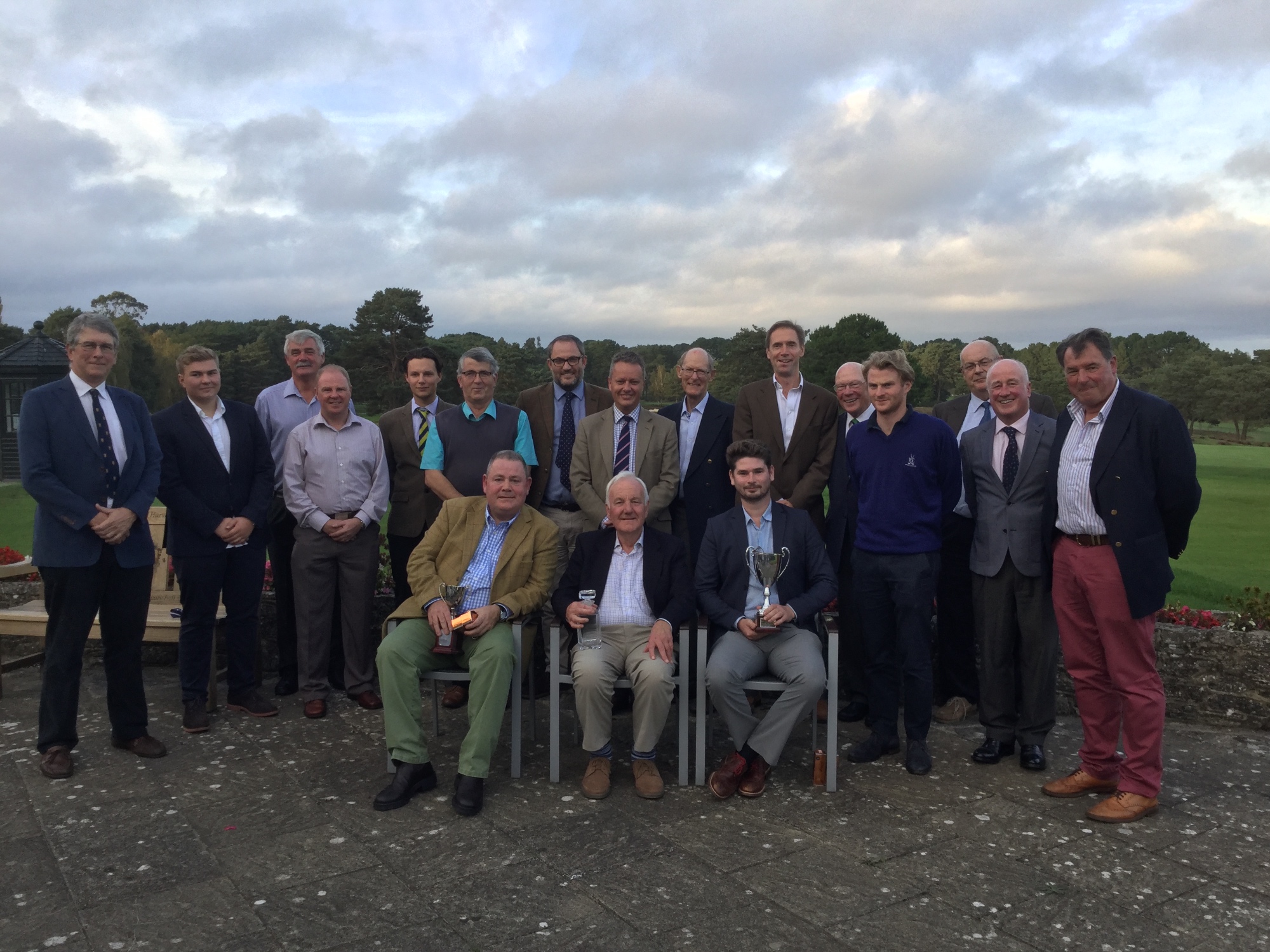 The players were delighted to be joined by Elizabeth Anderson and Sam Tonks from the school’s development and alumni team before sitting down for a well earned meal.  The day was concluded with prize giving and the presentation of the three main trophies.

The nearest to the pin prize on the fiendishly difficult Par 3 14th went to Peter Button (P '74) as he was the only man to land his ball on the putting surface!  Nearest the pin in two on the Par 4 16th went to Simon Blandford (P ’84) who deposed his son Olly (C ‘16) from the prize spot on a technicality.

The prize for the best scratch score for the second year running went to Tom Boucher (Sh '07) with a gross 79 (handicap 7).  On a course of Ferndown’s quality this is no mean feat and Tom deserves huge praise for the way in which he played.

The overall individual championship was one of the closest run tournaments we have seen in recent years.  Anthony Warley (P '71) came in with a superb 37 points.  He was pipped by his playing partner, Greg Tapper (D '83) who also scored a memorable 37 points but on a count back on the back nine he scored one point more than Anthony.  Congratulations to Greg who is a Buzzards rookie for picking up the top prize on his first outing.

The Buzzards captain proposed a vote of thanks to Ted Preston and Sam Tonks for organising the day and to the school for its financial support through the then Bursar, Nick McRobb, who had also played a fine round.

You can view photos from the day here.