At the weekend a team of OB women joined forces to represent Bryanston at Dean Close Sixes, a girls’ alumni hockey tournament. Below is a report of the day from team captain, Tammy Mattinson.

Wow! Now, I have played some hockey in my time for Bryanston, but this was something special. 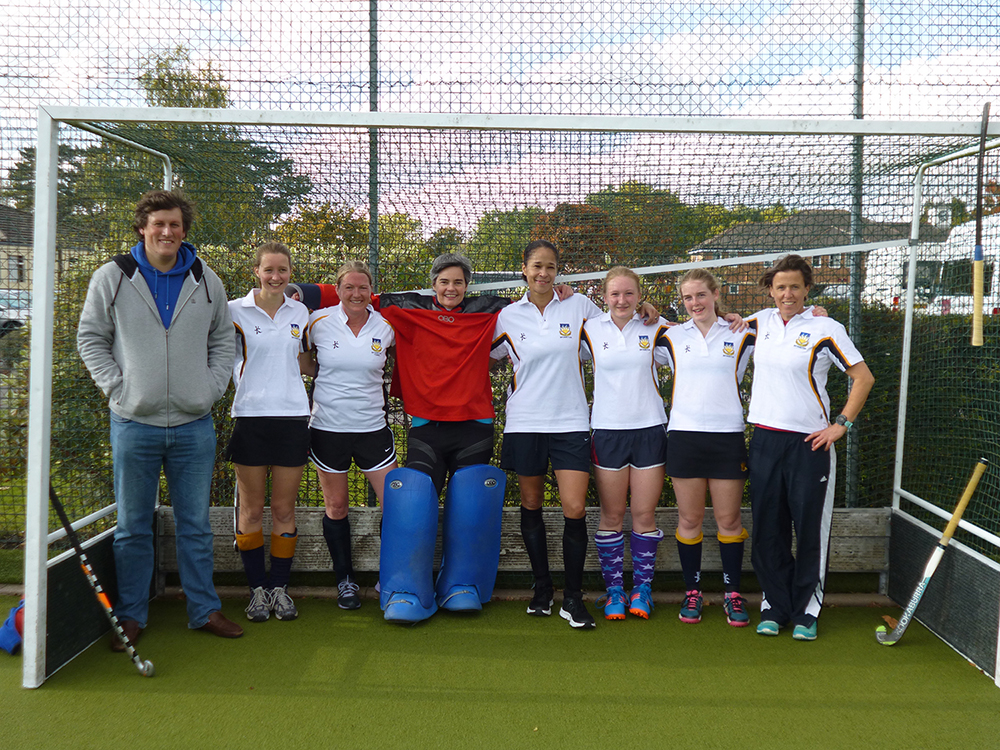 You may notice that there is a slight graduation gap there. And that was the thing. Bry Old Girls consisted of three mums, while all the other teams seemed to have players who had just graduated.

So for me, first and foremost, our narrow defeat (3-2) to Dean Close in our first game and many other close games, including a draw against Cheltenham College (does the fact they didn’t have a goalie need to be mentioned?), was a phenomenal achievement. Truly.

Overall we played four games in the pool stages. I think there were a few more defeats than victories, but not sure we need to go into detail there. So after those four matches, which I have to say went incredibly well despite the fact none of us had played together (and did I mention those three mums?), we were ready to say well done and sit back and enjoy the rest of the day.

However, not so fast. Cheltenham College weren’t able to hang around and play their knock-out stages and asked us if we would take their place. After a quick consultation, everyone said yes! So, despite not actually properly qualifying for the knock-out stages, we were set to play Malvern for 7th/8th play-off and the stakes were high. After a breathtakingly tight 12 minutes of end-to-end play, including some fine shots from our front two, Katharine and Kate, and some fab defending, we found ourselves in a flipping penalty shootout. Gawd!

Well I think our day was run, and Malvern dispatched their flicks in fine fashion and by that time, quite frankly, I think we were all eyeing up the Prosecco that Gemma’s mum, Camila, had bought – such class!

So we finished 8th. People, (out of nine) – better than the OB Boys apparently ;)

Special mention to the ‘youngsters’ of the team, Katharine (who won Bryanston’s Player of the Tournament for some spectacular play, including a phenomenal Messi-like goal against Dean Close, beating three players), Kate Kenyon, who was playing with one bad ankle and got a heck of a thwack on her good ankle, and Lucy Hosford, an incredible link-up player who constantly fed the front two and fought like a trooper to avert many potential goal-scoring opps in our third.

And Gemma Jones. Where do I start? This girl hasn’t played for 10 years! AND she flew in from Nice for this weekend. If anyone wonders about whether they should play for an OB team in the future, think of Gemma. Incredible tackling and commitment and all played in a spirit of great fun.

Another very sizeable shout out to Dicken for being our team manager. His insight and strategic cunning ensured we were competitive throughout, though we need to work on that own goal tactic to get out of penalty shootouts in the future!

And finally, a heartfelt thank you to Sam and Amy for a) getting me into my goalie kit!!! and b) doing all the hard graft and invisible work behind the scenes to get us all there in the first place.

You can view the photo's here.