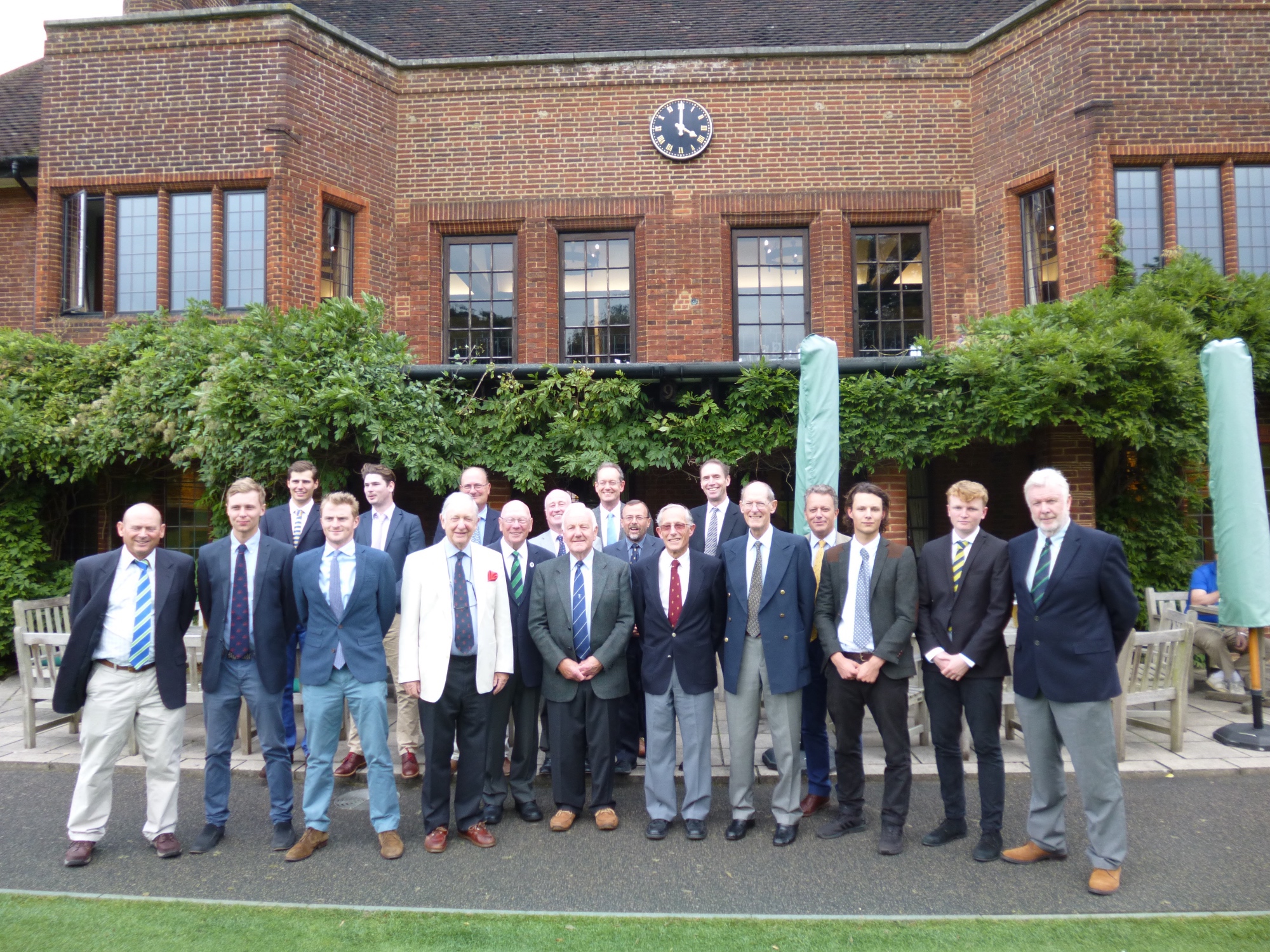 Nineteen OBs took part representing vintages from the 50s and all other subsequent decades except the 90s. In Robin (Connaught 1958), Simon (Portman 1984) and Oliver Blandford (Connaught 2016) we even had one family representing 3 generations of Bryanstonians.

It was a veteran, Peter Hepburn (Forrester 1964), who showed most accuracy on the 150 yard par three fifth drilling his ball three metres from the flag to win the Nearest the Pin competition but a youngster, Harry George (Connaught 2016), who nutted an enormous drive 300 yards to win the Longest Drive.

The Over 65 Veteran section was well represented and Peter Hepburn proved a worthy winner. The scratch section was won by Tom Boucher (Shaftesbury 2007) who beat Peter Button on countback.

The Buzzards trophy for the main handicap section was won by Harry George with 38 stableford points beating Nigel Young into second place on 36.

The 2017 event will take place at Ferndown Golf Club near Bournemouth and will be hosted by Ted Preston (Hardy 1955). If you are interested in attending this or any other golf event and have not already done so, please contact Sam Tonks.

View photos from the day here.