On Saturday 24 March 2018, nearly 100 guests attended the Friends of Bryanston Music Fundraising Dinner in support of pupils learning a musical instrument at Bryanston.

The evening began with a drinks reception in the main hall, where guests could enjoy some jazz played by OB Dan Baker (C '92) while they browsed the exciting prizes that were up for grabs in the auctions.

Our guests then moved to Cowley for dinner, where Director of Music, Duncan Emerson, took the opportunity to welcome everyone and grace was led by our compere for the evening, the Reverend Canon Andrew Haviland. We were then treated to a performance of Franz Schubert's An die Musik by OB Hal Cazalet (C '88), Kate S (current pupil) and Graham Scott (Assistant Director of Music).

After a delicious starter, Kate S gave a solo performance of Piazzolla's Oblivion on the violin, followed by May P (current pupil) singing and playing Your Song by Elton John and Midnight Train to Georgia by Gladys Knight on the piano. 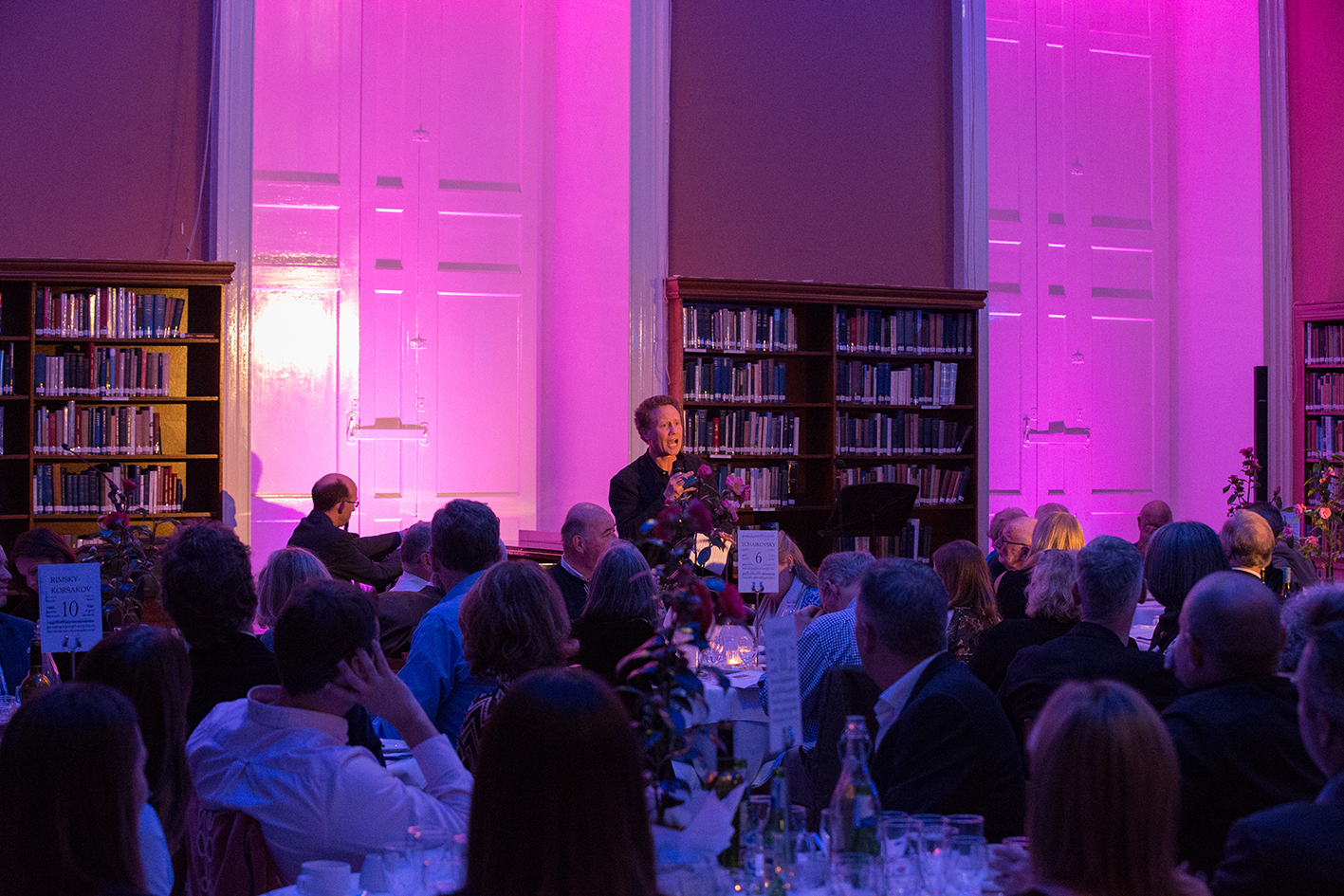 After dessert, OB Hal Cazalet performed a show-stopping medley from Guys and Dolls and My Fair Lady. Hal also treated us to one more very memorable performance of Mrs. Worthington by Noel Coward. Hal is a British tenor opera singer and has just written the music and lyrics for a new musical based on Oscar Wilde's fairy-tale The Happy Prince, which will be premiered in a gala performance in the West End later this year.

It was then time for the live auction and overseeing the seven lots was Marc Allum. Marc has been the miscellaneous specialist on the BBC Antiques Roadshow since 1998 and has appeared on numerous television and radio programmes. Marc encouraged everyone to dig deep and, in doing so, helped us raise nearly £11,000.

We would like to thank everyone who supported the fundraising dinner so generously and you can find details on how to become a friend of Bryanston Music at www.bryanston.co.uk/fbm.

You can see photos from the evening here.