A1 and A2 trip to France

Our A1 and A2 groups had an amazing time in France, waking up to the sound of cockerels, enjoying delicious breakfasts with hot chocolate and lots of croissants at the Château. 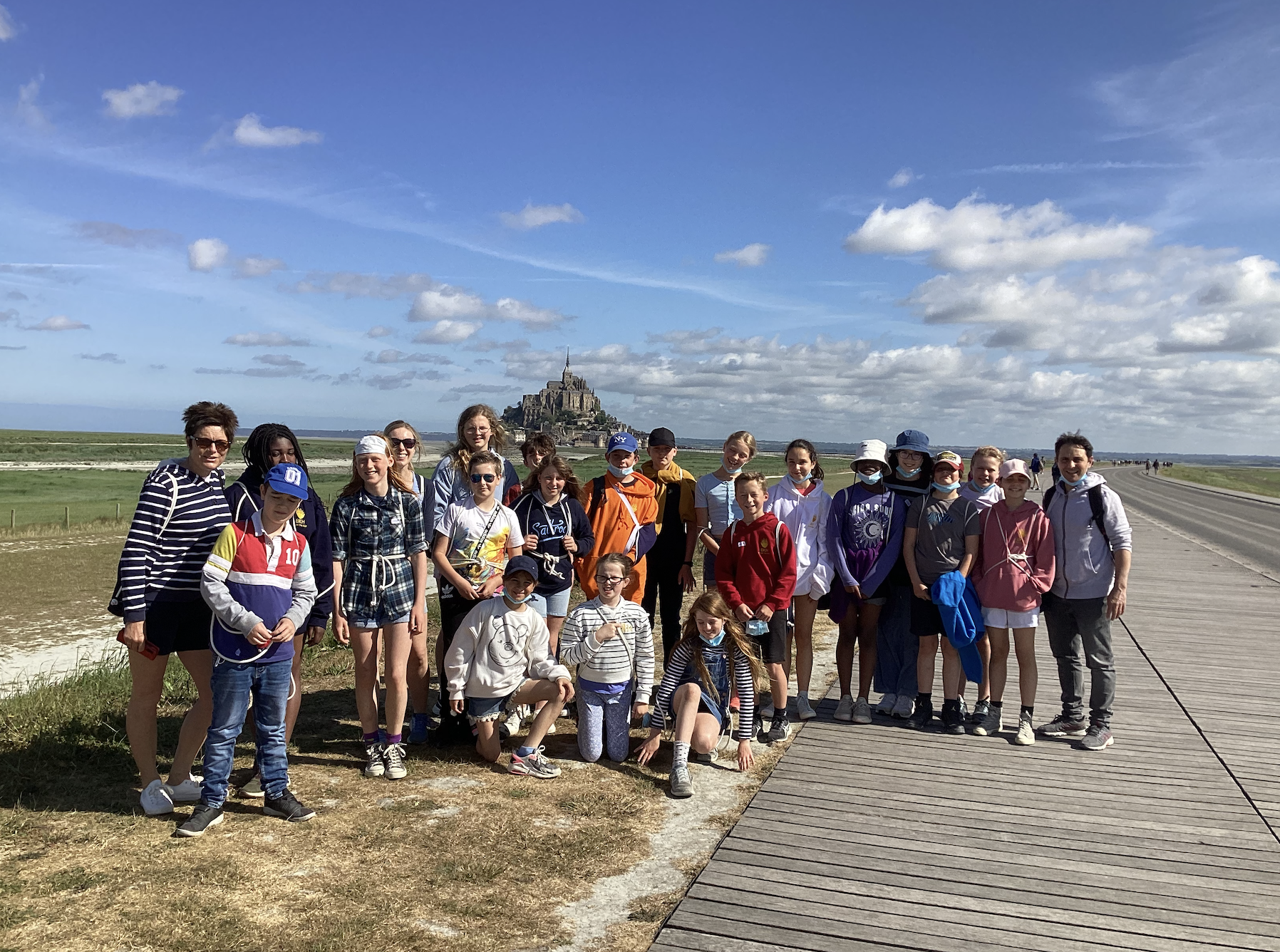 After a very early start, everyone was in great spirits as we left school and Mr Lockett waved us off. James spent most of the journey commentating on the traffic and May and Bella led some singing from the back of the coach. We ate our packed breakfasts and set off into the ferry terminal. The six-hour journey whizzed by. Crystal, Lydia, and Alejandra practised their gaming skills, playing Mario Kart on the giant screen. Mr Cravero challenged Martha and Millie to a game of giant kerplunk, although he was very disappointed when he lost very quickly. We were wonderfully entertained by a singer and a giant mascot called Pierre. Hadley and William spent a lot of time building Lego figures and Mrs Ball tried to persuade everyone to stop spending all of their pocket money.

Then it was time to disembark, and it wasn’t long before we arrived at the Château. Wilf, Jake, and Harry launched straight in to practising their French skills as we were all shown to our rooms. With no time for relaxing, we were straight in to a delicious three-course French dinner. Olivia and Keziah impressed with their knowledge of French vocabulary at dinner time, and Moshii, Luciana and Charlotte helped organise their table during the clearing up. After a tour of the beautiful grounds, it was time for an early night. Meghan and Rosie helped organise their dorm room, ensuring that their dorm was the tidiest one before bed.

We woke up (rather early, thanks to the cockerels) to a beautiful day at the Château. The children were delighted to find that a French breakfast involved hot chocolate and lots of croissants.

The children were then divided into two groups, and we set off on our morning activities. One group went to the mini farm to feed the animals, while the other group learnt how to develop their own photos in a dark room.

After a delicious three-course lunch, it was time for, what Mrs Hutton refers to as the highlight of the week, the mud course! After a tentative start, we were pleased to see that every single member of the group got stuck in and, by the end, was completely covered in mud. Praise must go to Hadley and William who were both very reluctant to get any mud anywhere near them at the beginning. However, by the end, they were as muddy as the rest of them! Moshii won the prize for embracing the mud course so enthusiastically. Olivia and Rosie also deserve a mention for their enthusiasm and determination to cross the river on the rope swing.

We arrived at Mont-Saint Michel and walked across the causeway in the glorious sunshine. After a tour of the ramparts and a talk by our instructors, it was time to do some work on our upcoming humanities project. The children quizzed our guides and completed their research sheet, before enjoying a picnic on the beach. We then headed back to the Château for the afternoon activities.

Archery and aeroball were on the agenda: there was plenty of healthy competition while each team battled to score the most points. Wilf and Hadley were impressive in the archery, while Harry, Meghan and Jake were particularly enthusiastic during aeroball.

In the morning we went climbing. We were so proud of Lydia who, despite finding her first climb challenging, kept trying until she reached the top. Charlotte and Martha showed similar resilience and their confidence grew throughout the morning.

After lunch, it was time for bread making. Keziah and Crystal enjoyed singing French songs while kneading the bread, and Luciana and Alejandra came up with beautiful designs for their loaves.

In the evening, we enjoyed many performances from our pupils in the talent show. May and Bella dazzled the audience with a song, Lydia and Alejandra performed a dance, and Moshii entertained us with a mime. Mrs Ball’s surprise entry of a gargled version of the French national anthem was met with great applause. And finally, A2 closed the show with a rendition of ‘les jour de la semaine’. It was a memorable night! We finished the evening with a huge game of rounders in front of the Château as the sun went down.

Head of Humanities Ms Hutton commented: "It has been a fantastic week and every single pupil has demonstrated resilience and independence. We are so proud of how well they have behaved, and we have all had such a lovely time."