Did you hear the people sing? A look back at Les Misérables

Crowds flocked to the Coade Hall last week to see the culmination of months of hard work and commitment in four stunning performances of Les Misérables. 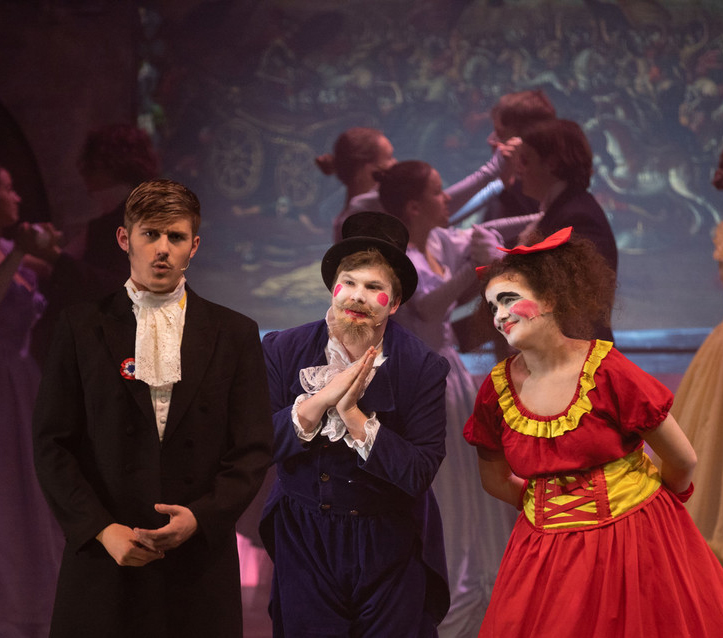 The shows perfectly combined the work of over 100 actors and musicians, and many more behind the scenes, to entertain the crowd and rightly receive standing ovations on all four nights (five including the open dress rehearsal). As part of an ambitious collaboration with The Blandford School, the production not only highlighted the talent within the two schools but the scale of what can be achieved by working together. With rousing choruses, emotive solos and some powerful scenes that featured the entire cast on stage at once, the audience was spellbound throughout, so much so that many were left with a lasting impression of this highly memorable production. Here are just some of the many comments the two schools received after the show:

“The best senior school production I have seen (and I have enjoyed a good number over many years!)”
“A massive congratulations to @BryanstonSchool and @BlandfordSchool on such an outstanding collaboration. Les Mis was stunning and included some of the best performances I have ever seen on a school stage.”
“‘Les Mis’ was as good as any West End production - congratulations to all concerned and thank you for a wonderful evening!”
“A truly outstanding performance by all. The orchestra, costumes, set, tech and extraordinary talent of each and every member of the cast made an evening of pure gold. Thank you all!”

Further praise for the production was received from the Headmaster following the final show, who commented ‘those of us lucky enough to see it are privileged indeed: truly, it was outstanding. Every single one of you involved, whether on stage, backstage, or in the orchestra, has been part of something extraordinary and memorable’. The Headmaster went on to say that the production is an example for the rest of the School and synonymous with its core values: ‘You have given the rest of us a magnificent example of the pursuit of excellence.’

We are very proud of everyone involved in the production of Les Misérables and want to thank The  Blandford School for working with us on this wonderful collaboration. If you wish to relive the four magical nights at the Coade Hall you can view our galleries here.