The Modern Foreign Languages (MFL) Department led the way in celebrating European Day of Languages last week. Read the review from our Head of Spanish below. 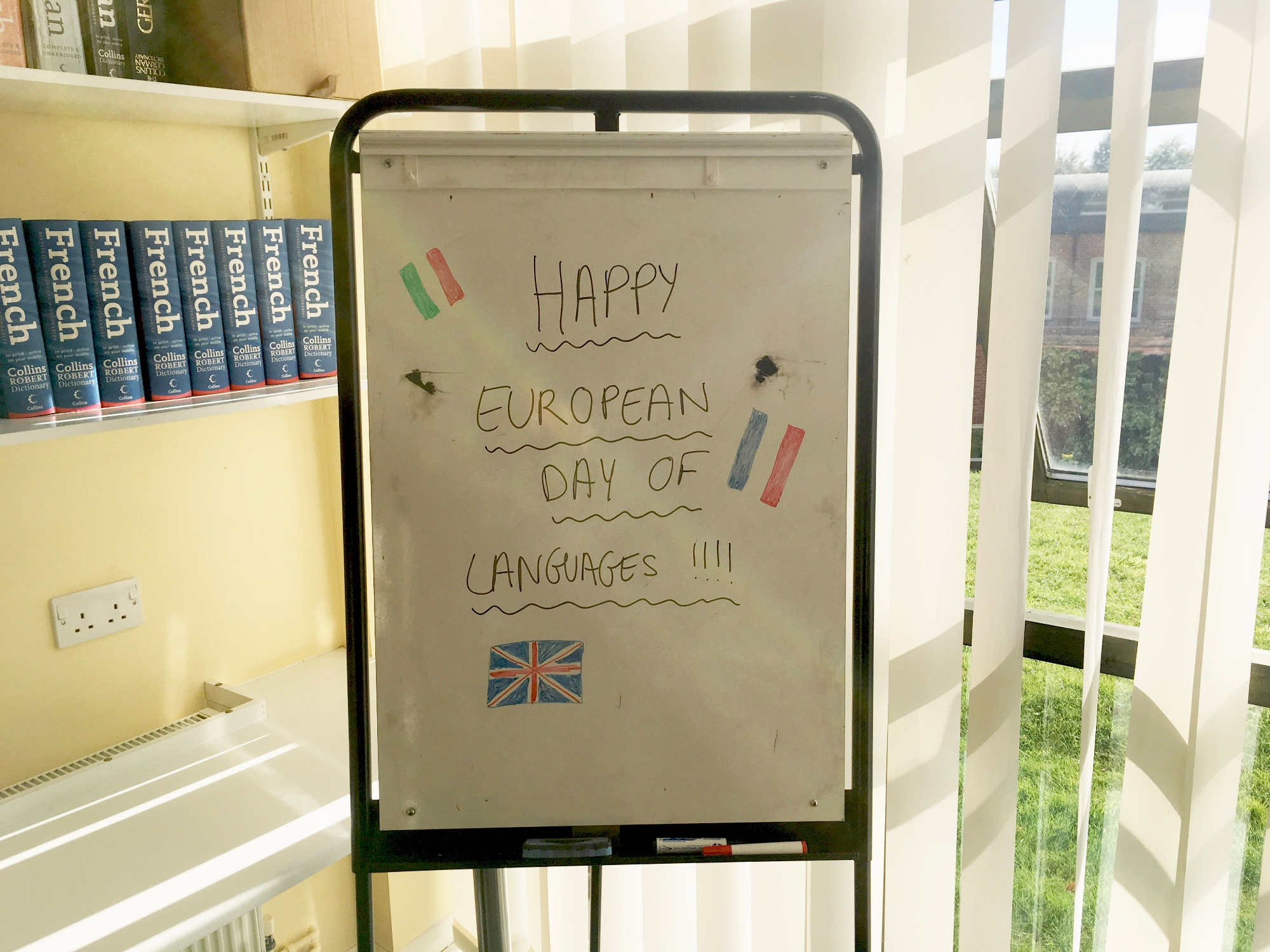 We enjoyed a day celebrating the linguistic diversity of Europe and the importance of learning other people’s languages to understand each other better and overcome cultural differences.

The Head set the tone for the week by presenting European Day of Languages in her assembly on Monday. On Wednesday, all of our MFL classes spent the day learning about world languages through Kahoot games, presentations and the 'I love languages' game, which is part of the Routes into Languages initiative funded by the Higher Education Funding Council for England.

Pupils were given 'Talk to me' stickers, wristbands, pencils and Chupa Chups as prizes for winning quizzes and participating in the event. After all the fun and games, pupils produced poems in various languages, which were entitled I love languages. Our linguists demonstrated excellent literacy skills by combining languages, rhyme and humour masterfully. 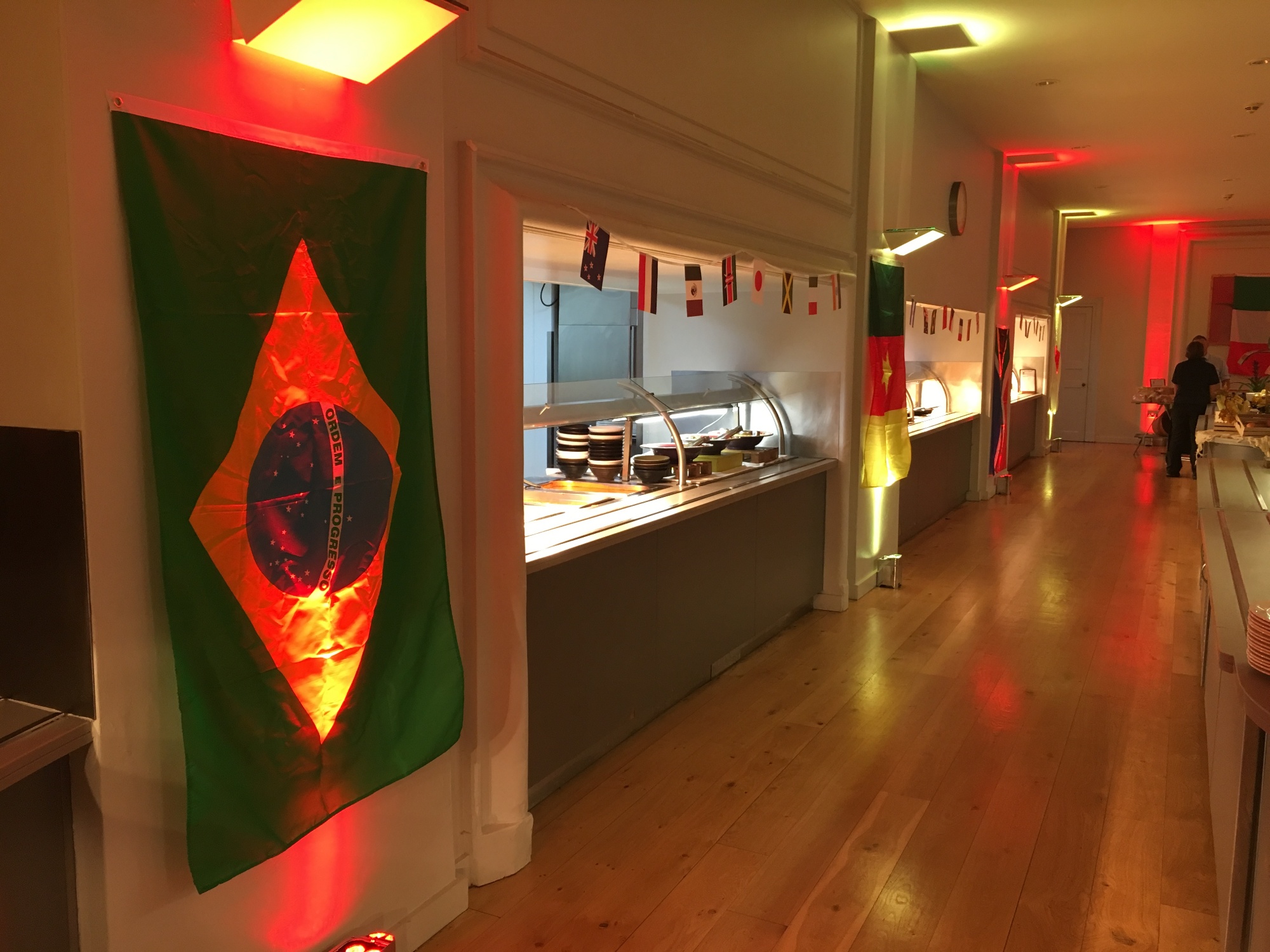 The day continued with a language-related lunch and supper, and thanks to the catering department, the school dining hall shone with flags, beautiful decorations and foreign language music in the evening. A3 pupils also decorated the café by labelling all the food on display in various languages, creating posters with food-related idioms in French, Spanish and German, and the café staff were also involved by taking orders in various languages, encouraging people to use a variety of languages.

All the poems and posters created by our linguists are now on display in the MFL foyer. Thursday saw A2 pupils creating posters and poems. Some French groups were given a 'Closeted linguist' treasure hunt task to find the teachers from outside the MFL faculty who speak various foreign languages. 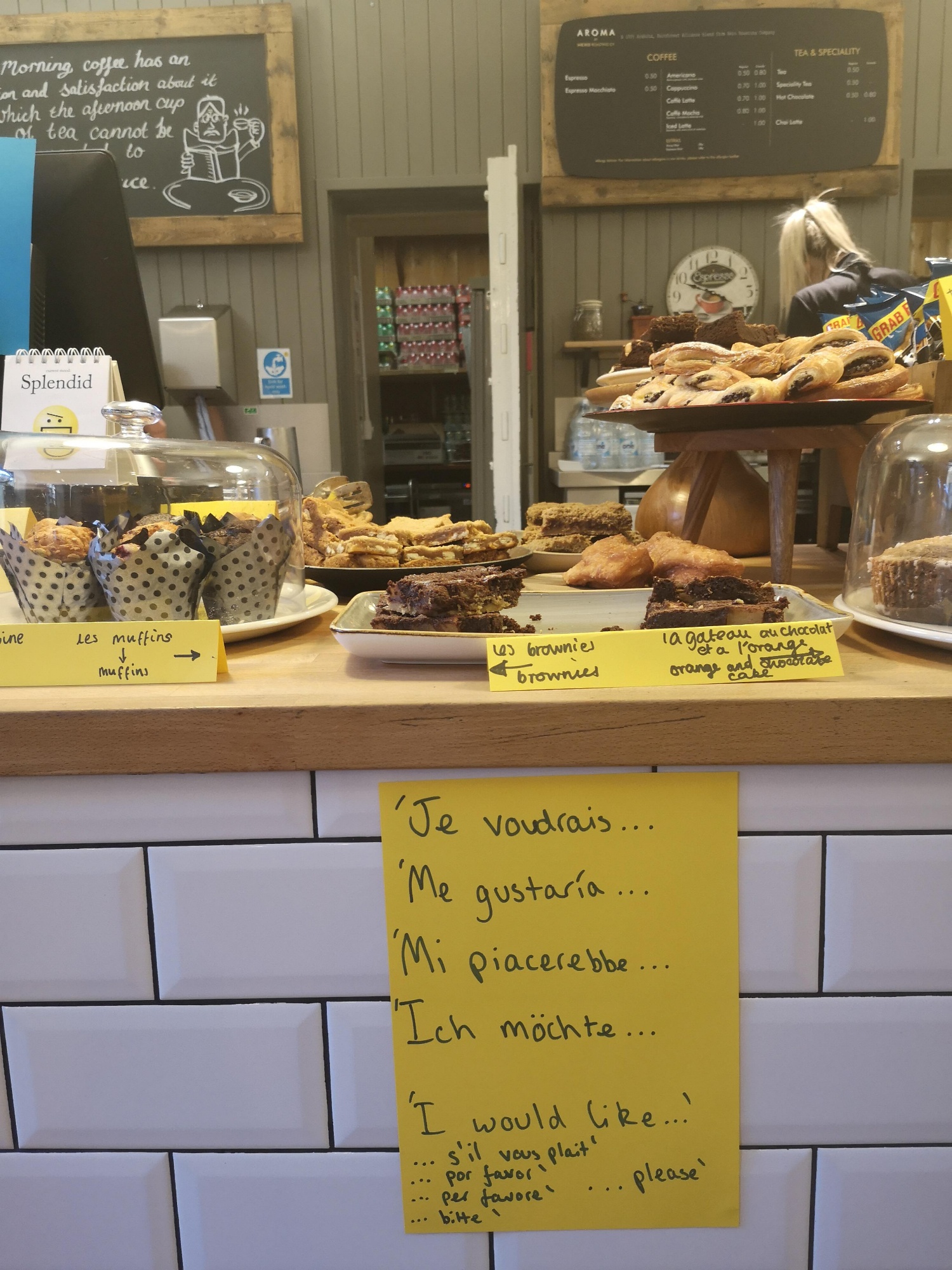 Thank you to everyone who was involved throughout the day and to the pupils who worked collaboratively to create some wonderful pieces of work.