South Africa has raised an objection to the resolution in the General Assembly that countries should be fined if they do not provide access to clean water by 2030. They point out that not all countries could pay, and that this resolution could punish them further. France suggests an alternative proposal, while Iran objects to the date. 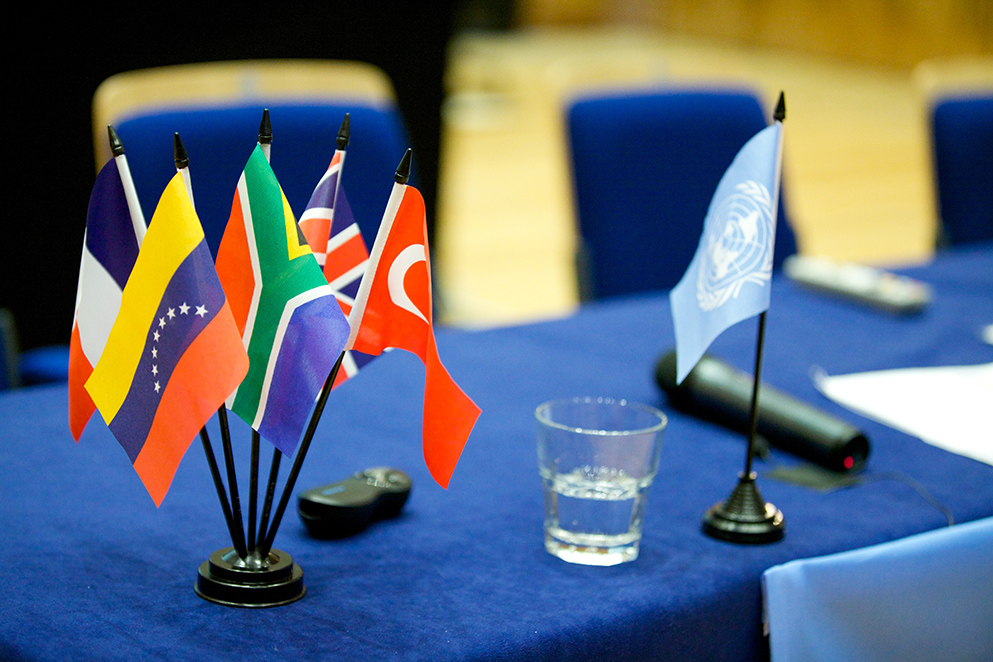 South Africa, France and Iran, alongside seven further countries, were represented by prep school pupils who converged on Bryanston on a sunny early March day for Bryanston’s first Mini Model United Nations Conference. In total, 60 pupils from schools across southern England, and from as far afield as Jersey, came to represent their allocated countries in debates in Model United Nations committees chaired by sixth form pupils from Bryanston. In addition to discussing access to water and education in the General Assembly, pupils discussed the challenges presented by North Korea and maritime piracy in the UN Security Council and nuclear energy and climate change in the UN Environment Programme Committee.

The quality of debate was high, showing that many pupils had spent a good deal of time and effort researching and considering their views in an attempt to best represent their allocated countries. Deftly guided by Bryanston sixth formers, who also take part in frequent Model United Nations activities throughout the year, debates were well structured and well natured, demonstrating great skills in diplomacy. And these debates also achieved a number of majority decisions on resolutions on the range of topics discussed. Quite an achievement for these pupils, especially given that many of these issues have continued to exercise the finest diplomatic minds for over half a century!