In January the Junior Drama Society presented an atmospheric performance of Oliver Twist. 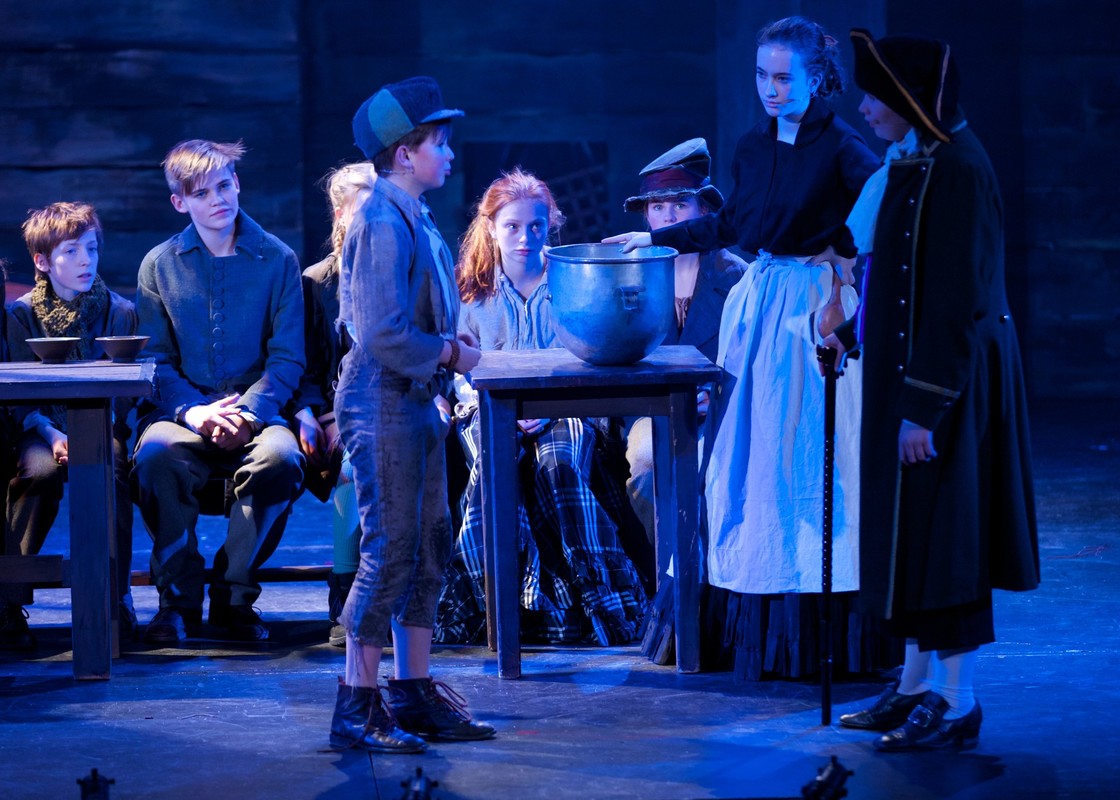 The composite and atmospheric set, built by the superb technical staff under Stuart Myles, with the pupil stage crew responsible for stage management and operating the lights and sound, framed the fabulous Victorian costumes and depicted the tragic, yet hopeful story of the innocent orphan, played by Gabriel A with energy and pathos. With so many characters - and caricatures - peopling the play, it is hard to pick out individuals. Sylvester M and Laura L oversaw Oliver's early years in the workhouse with suitably vicious unconcern. Katia 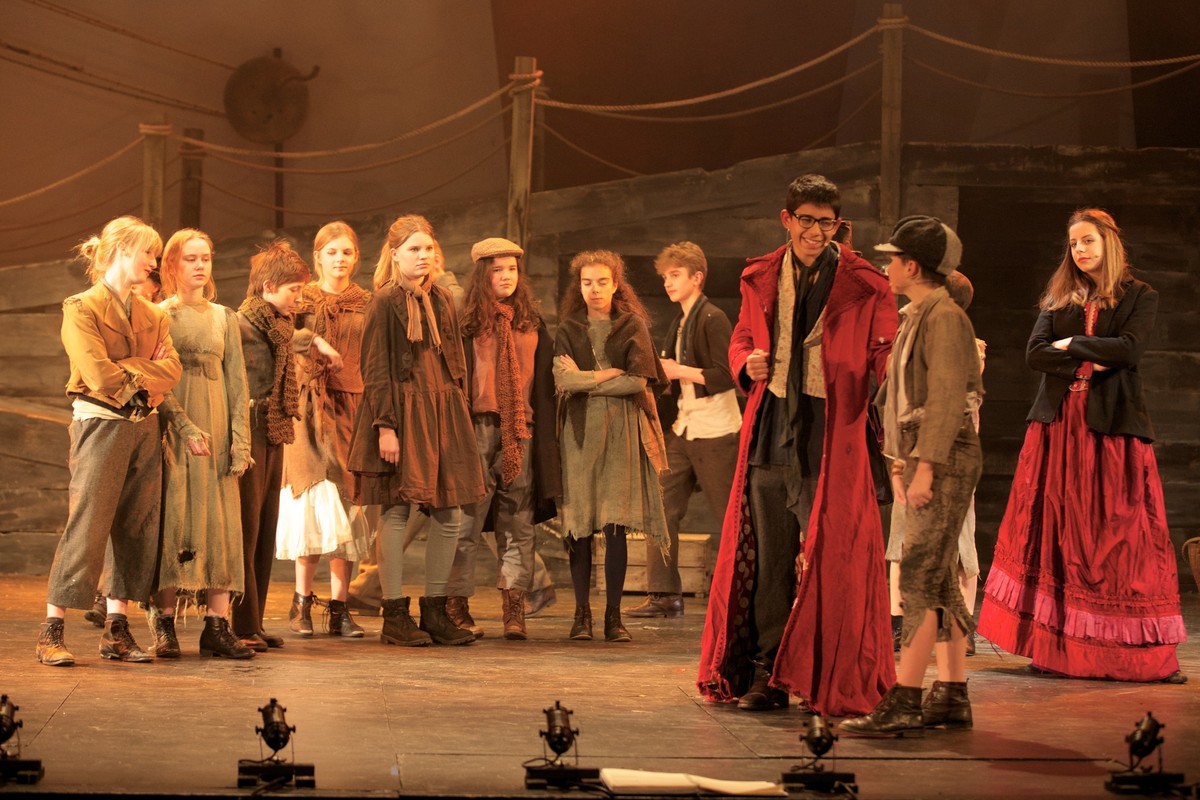 M as Dodger, Oliver H as Fagin, Grace B as Nancy and Will F as the intimidating Bill Sykes, took over Oliver's apprenticeship on the streets with aplomb before he was saved by the saintly Brownlows in the form of Emilia D and Aaron PS. The main characters were supported by an energetic ensemble of workhouse individuals, pickpockets, uncaring members of the establishment and, of course, the vindictive, upwardly rising Sowerberrys. This was a real ensemble piece, with the narration carried by a number of individuals, all using Dickens' original language. 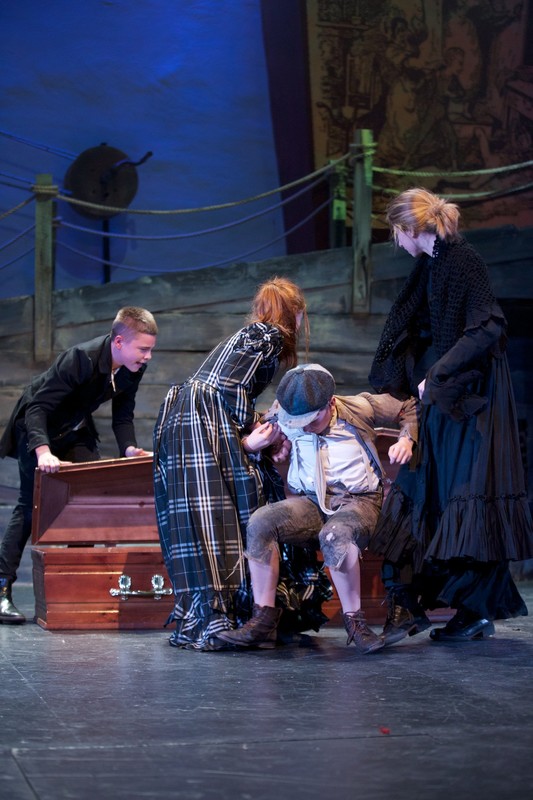 Memorable moments include Oliver being comically trapped in a coffin; the poignant death of Nancy cleverly done in silhouetted freeze frame against the brilliant cyclorama; some lovely choreographed sequences, including the orphans and street urchins, which demanded real timing and skill from the young performers; and, of course, the demise of Bill Sykes falling to his death over the back of the impressive set, which included a fully working clock to show the passage of time in Oliver's ill-fated life.

You can view more photos from the performance here.