The Sound of Music

This term's production of The Sound of Music was a roaring success. Read an account from one of the pupils involved below. 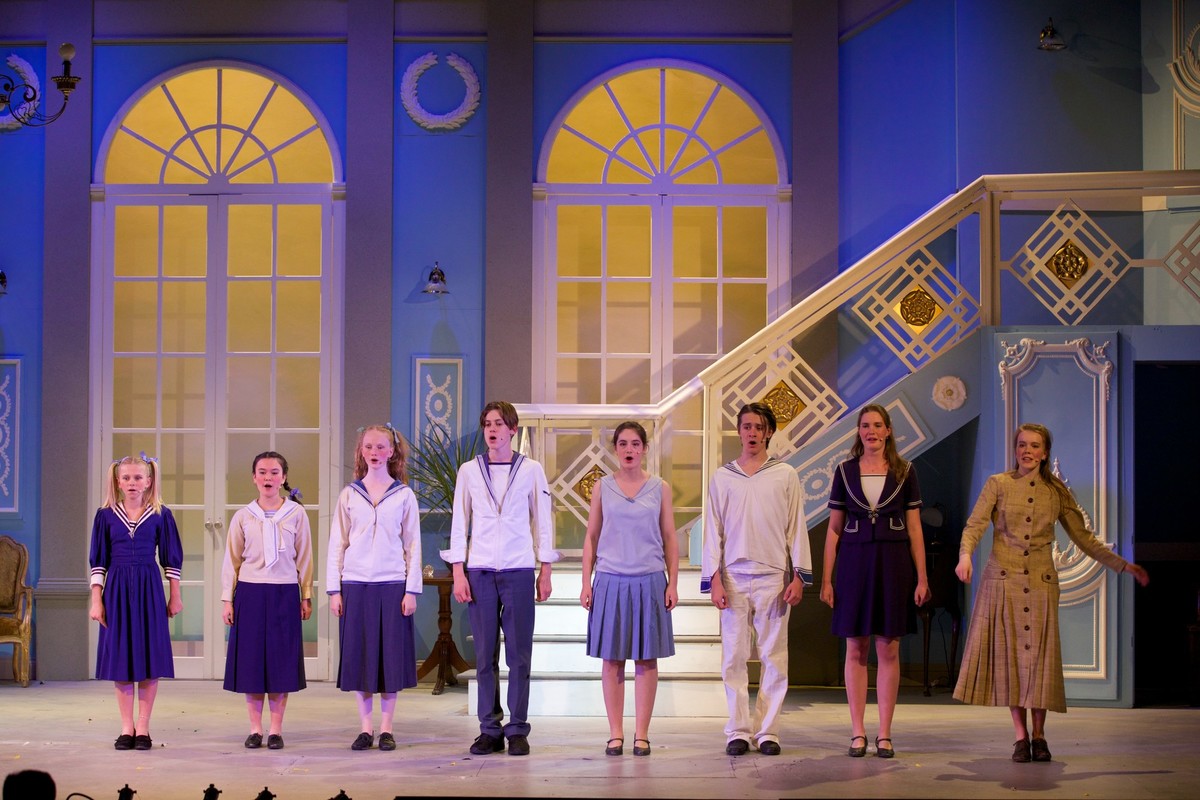 To have even a minor role in The Sound of Music was an honour, and to be associated with such a professional, talented cast, a privilege; and now that it’s all over I am bereft. I am still in awe of the breathtaking singing and sheer effortlessness involved in each song, at the same time longing for the golden voice of Lotte! Every tune is repeatedly circulating through my head, endlessly 'doh a deer-ing' at night with a bit of 'lay ee odl lay ee odl lay hee hoo' entwined somewhere in the middle.

The other songs in the play were equally as heartrending as jolly, resulting in more than one person shedding a tear. Hari J playing Mother Abbess executed Climb Every Mountain with such power, which arrested the audience, capturing the emotional essence and meaning of it. To complement the Mother, nuns gliding on and off the stage with their heavenly singing was sensational. In particular, Katie B bravely opened the show with the evocative Dixit Dominus and Mahalia T, Poppy H and Tamara CR were brilliant in How Do You Solve a Problem Like Maria. The phenomenal singing of all the von Trapp children and plausible relationship made it hard to believe that the pupils were not actually related. They had charming expressions and the little asides further accentuated the credibility. It is baffling knowing that they had only been working with each other for a matter of weeks, showing that the casting was perfection. This factor enabled everyone to delve into their character’s actual mind and become that persona resulting in Max D, playing the butler Franz, getting a little carried away in his anger at Captain von Trapp for not supporting the Nazis - it was very amusing.

Maria played by the wondrous Lotte T was spectacular. Despite the high pressure on her, she was humble and unpretentious and we all regard her highly. Not only did she naturally triumph in every single song, and my goodness did she, the lengths she took to psychoanalyse her character in meticulous detail and completely capture the audience’s hearts in the dramatic, heartfelt scenes with Tom O, the Captain, were of West End standard.

The ballroom scene, the one in which I was involved, was great fun to rehearse. Firstly, the ‘Laendler’ (an Austrian folk dance) proved extremely difficult for certain people to learn - not least my ungainly, bungling self and my partner Finley F (particularly with the problem of my height being much greater than his). So, most of the rehearsals turned into a lot of free style, synchronised dancing to relieve ourselves from the despair of not being able to dance traditionally like everyone else! For the first time ever in my life (and this is no exaggeration), I played a woman, consequently ending up in my wearing a dress. This is an obvious point, but I just want to savour actually looking quite decent in a play for once. Rowena Kitchen sourced all the fabulous, authentic costumes and we all enjoyed prancing around in them backstage. Lotte had a huge amount of frenetic costume changes, twelve in total, which apparently are more than any show we have ever done, helped by a trusty postulant, Chloe E. Also out of context, the costumes were hilarious when having a normal conversation or, for example, watching a bishop popping open the champagne at the end of our final bows or occasionally hearing the odd nun curse!

Not only did the audience receive live singing, but also live music from a professional orchestra which contained six Bryanston pupils. Their commitment and energy was extraordinary, led by the excellent Mr Emerson who is such an inspiration. This was an astonishing feat of teamwork, naturally Mrs Scott being the remarkable force behind it all with her indefatigable spirit and zeal, but what struck me most was the vast quantity of people scooting about behind the scenes and that without them, nothing would have run as smoothly as it did, nor would the actors have been or looked so good. The impressive set design (which brought an audible sigh from the viewers on first appearing each night), costumes, lighting, sound, make up, and cleaners who cleared up after us all essentially made the production. To undergo the feeling of executing an ambitious play with such rave results and entertaining over 2,000 people in total is wonderful, as this sort of cohesion is infrequent and priceless. Mrs Scott said on the last night that we would never forget this experience and she is right; how could we possibly fail to remember those hours of rehearsing, the standing ovations on the Friday and Saturday nights and the rush of exhilaration, elation and sorrow following the final bows? I think that many of the audience will not forget seeing it either and I quote from a certain teacher that the play was: ‘certainly the best in my time at Bry, which will be hard to top.’ Which I do not doubt.

You can view all the galleries of images here.