At the end of term Bryanston's Junior Drama Society presented The Three Musketeers. 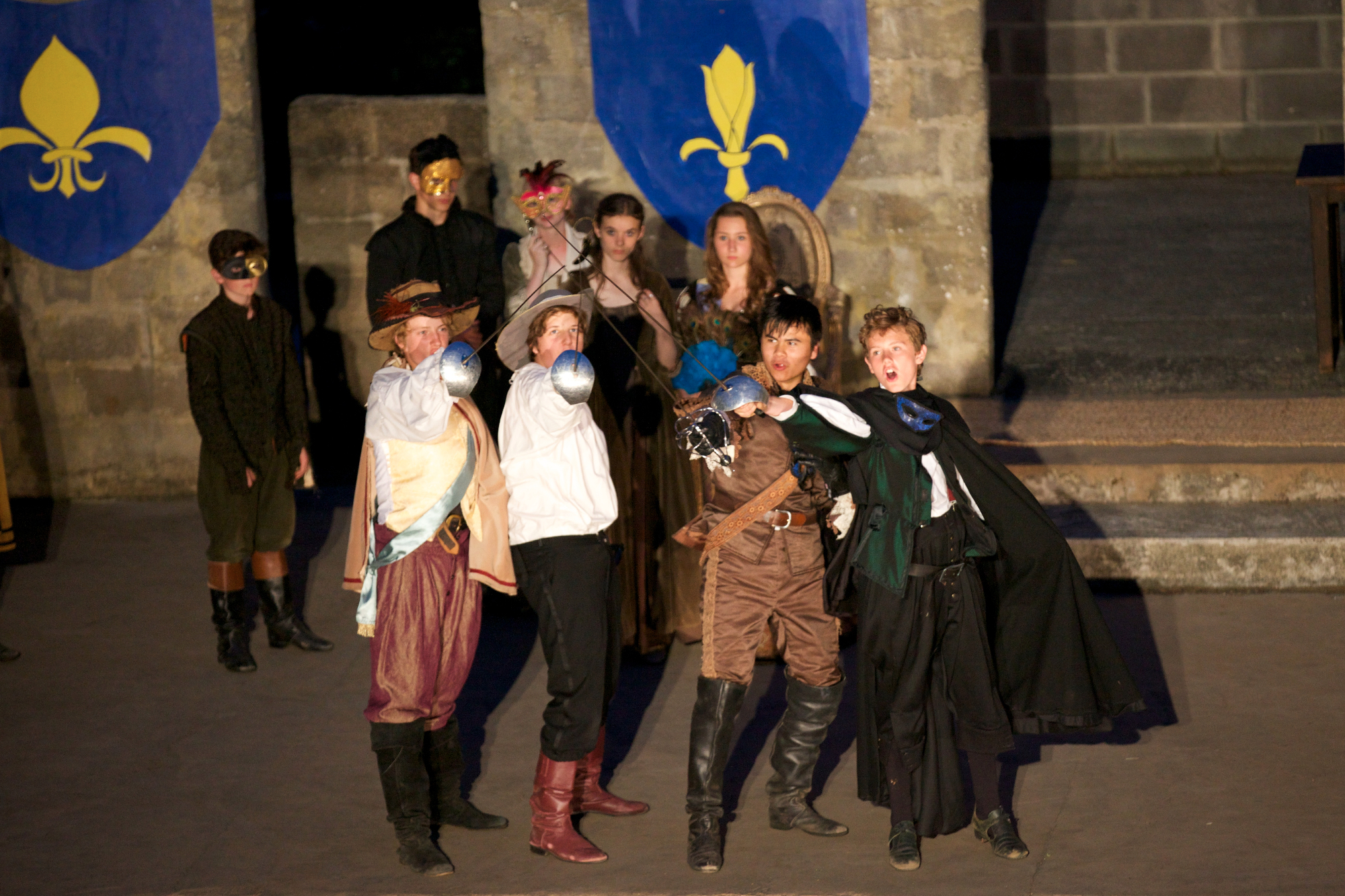 The Junior Drama Society’s performance of The Three Musketeers starred Harry Goodwin as D'Artagnan, ably supported by the three musketeers of the title, played by Merlin Reid, Ollie Griffiths and Archie Rucker. The evil opposition was led by Cardinal Richelieu, played by Ottilie Tabberer, and supported by Toby Kerby and the manipulative Milady DeWinter, Mahalia Tinto.

D'Artagnan's adventures are in support of the woman he loves, played by Silva Cunningham, and hindered by the cowardice of his landlord James Rogers. However, he still sets out to save the Queen (Isabella Severgnini) from disgrace, and the King (George Augustin) from trusting too deeply in the Cardinal.

With 45 involved in the production  - and that doesn't includes Pete and Midnight the horses - it is hard to pick out more. The huge supporting cast of servants, ladies, innkeepers, parents, rival musketeers and nuns, all cavorted around the Greek Theatre to celebrate the end of term.