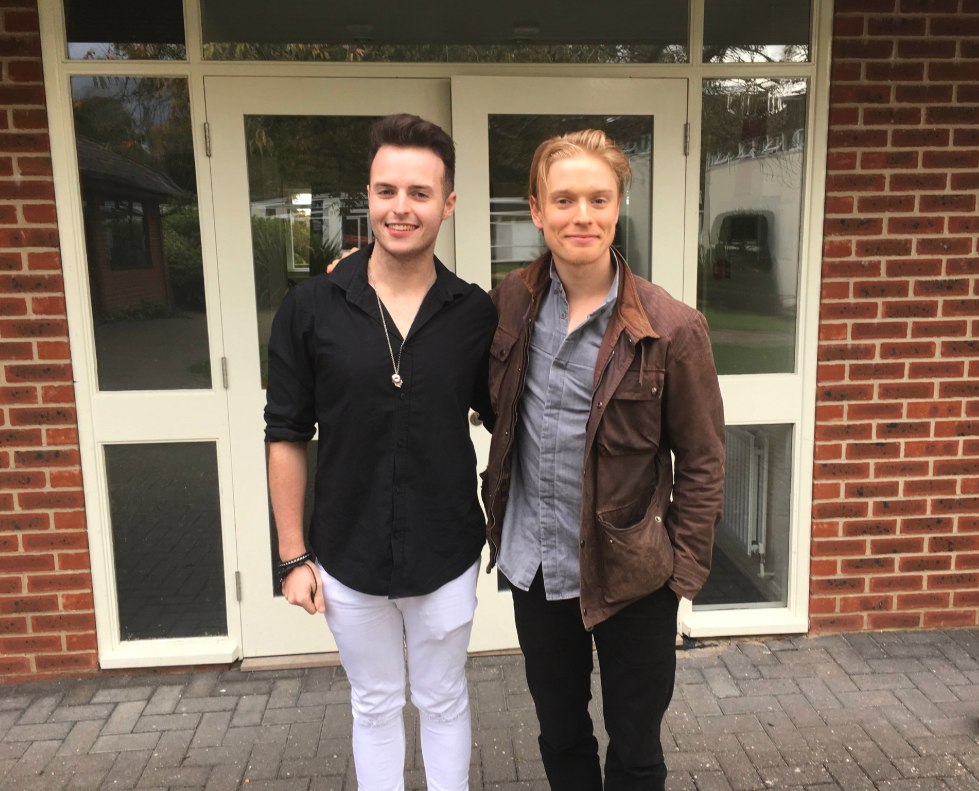 The day started with a workshop for sixth formers from Fourth Monkey, providers of innovative and forward-thinking actor training courses. The workshop consisted of many activities, including complicité inspired bamboo exercises.

OB Angus Livingstone held a workshop for current pupils on text interpretation. Having recently experienced the UCAS process and how drama is studied at university, Angus talked to pupils about how best to prepare for success in university applications and beyond.

Giving further insight into what the theatre industry has to offer, OB Freddie Fox led a workshop to share his tips on building up a successful and varied career in acting. Freddie trained at the Guildhall School of Music & Drama after leaving Bryanston and has since found success on stage and screen, including playing Rubio in Guy Ritchie’s King Arthur: Legend of the Sword (2017).

Freddie led various activities with pupils during the workshop – this included standing in pairs and mirroring one another’s movement. The aim of this activity was to showcase the difficulty of neither party being the leader and the need to maintain eye contact. In another activity, Freddie demonstrated the energy within the physical body and encouraged pupils to step forward one by one and practise projecting their voice.

Much fun and laughter was had by all those that attended the Careers Day and we’d like to thank all the guests and industry experts that gave up their time for the benefit of pupils.