On Friday 3 March we welcomed Dr Rosie Freer to give the last Science Society lecture of the term. Dr Freer shared details of her research into understanding Alzheimer's in the hope of informing treatment discovery. Read the report of the event from Bryanston's Head of Science, Dr Mike Kearney, below. 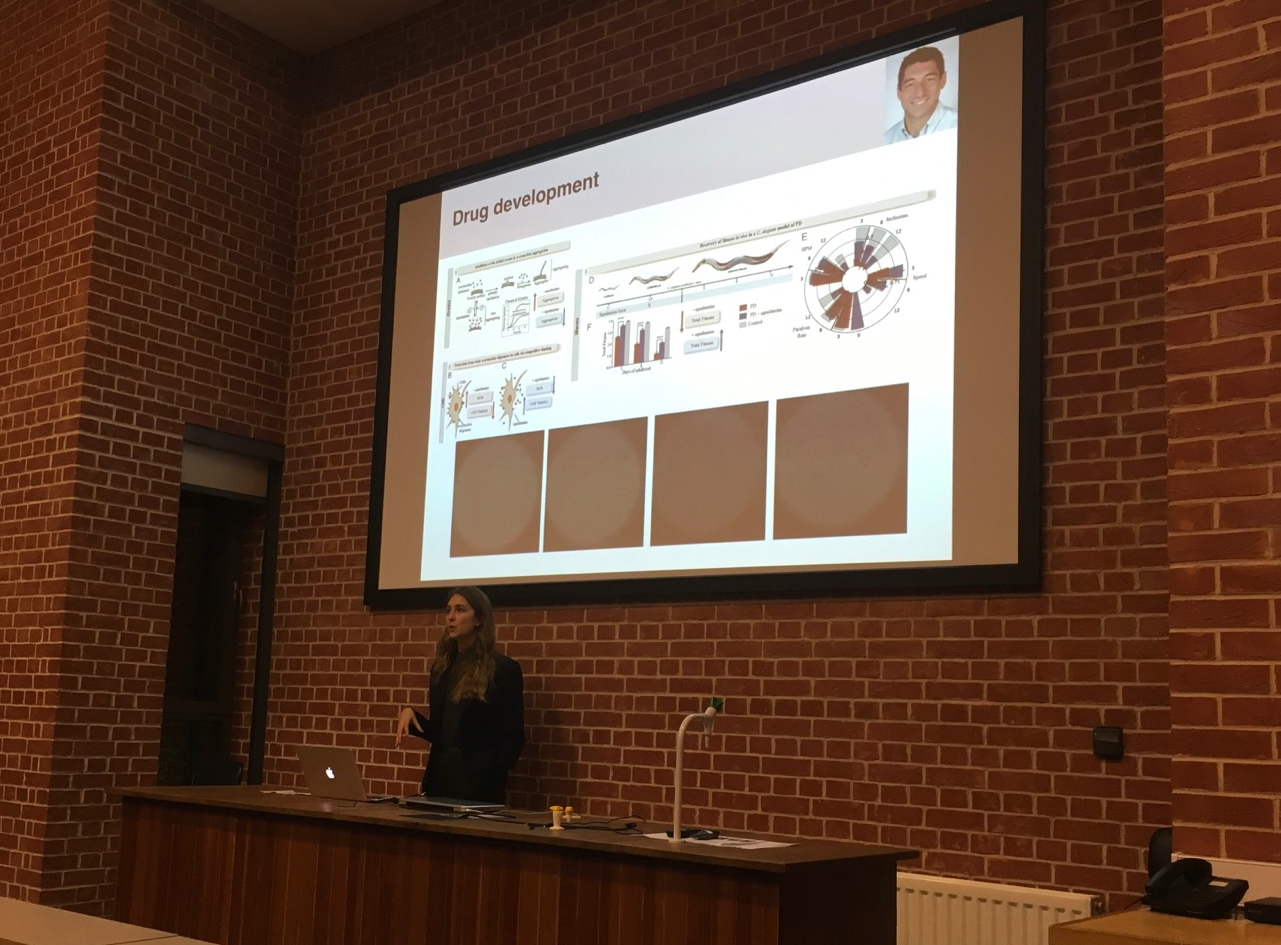 Rosie's first degree was in Physics and Biology at Durham University. She is now working towards her PhD at Cambridge University in the Chemistry department, researching into neurodegenerative diseases.

So, what are neurodegenerative diseases? They include Alzheimer's, Parkinson's, FTD and ALS. Nerve cells gradually degenerate and die and there are no cures or treatments. 850,000 people suffer from dementia in the UK, costing the NHS £26 million per year. The problems are developing globally with increasing life expectancy, and the numbers that are projected to suffer these diseases are huge.

We don't know why these nerves are dying but we do have clues. Analysing dead cells show clumps of proteins that have come out of solution. The effect spreads through the brain, often affecting the areas involved with memory. We need to develop methods and understanding to find a treatment. We need to have a molecular understanding to develop drugs and develop a means of delivery.

Rosie's research shows that brain cells at risk of developing neurodegenerative diseases have conditions where proteins are near to saturation. What do these dangerous proteins do? They are involved in the transmission of information across synapses. She also looked at protective proteins that stop the aggregation of clumps and found they were limited, increasing the risk of aggregation. In healthy tissue the chaperone proteins stop the aggregation.

What can be done with this knowledge to develop a drug? Work is ongoing to stop the aggregation of a dangerous protein called amyloid beta. The drugs try to slow down or stop the aggregation. There is some controversy about whether this approach and the theory is correct. Drug trials in patients have had limited or no beneficial impact. It may be that the pathway for aggregation has not been stopped by these drugs because some stages are particularly dangerous but may not be seen in lab tests. In patients they remain dangerous. Some recent tests are showing promise in slowing the aggregation.

Testing is done by over expressing the dangerous proteins in tiny worms. The drugs being tested are suggesting that the stages in the aggregation pathway that leads to the puncturing of the cells, killing them, is being suppressed. Identifying Parkinson's disease can require analysis of brain cells, but work is underway to use the analysis of olfactory neutrons, collected easily from the nose. The cells are then studied to see if the dangerous proteins are reaching levels to cause concern. Evidence from studying worms shows that there are clear signs of a future degenerative disease in cells from much earlier in life, equivalent to the 30s for a human. So, there would be a chance to use any drugs to tackle the disease from much earlier than has been previously thought. But the drugs must be shown to have limited risks of serious side effects before they can be used.