Congratulations to Bryanston pupil Harry, who was named this week as the first ever winner of the Henry Kitchener Junior Prize. 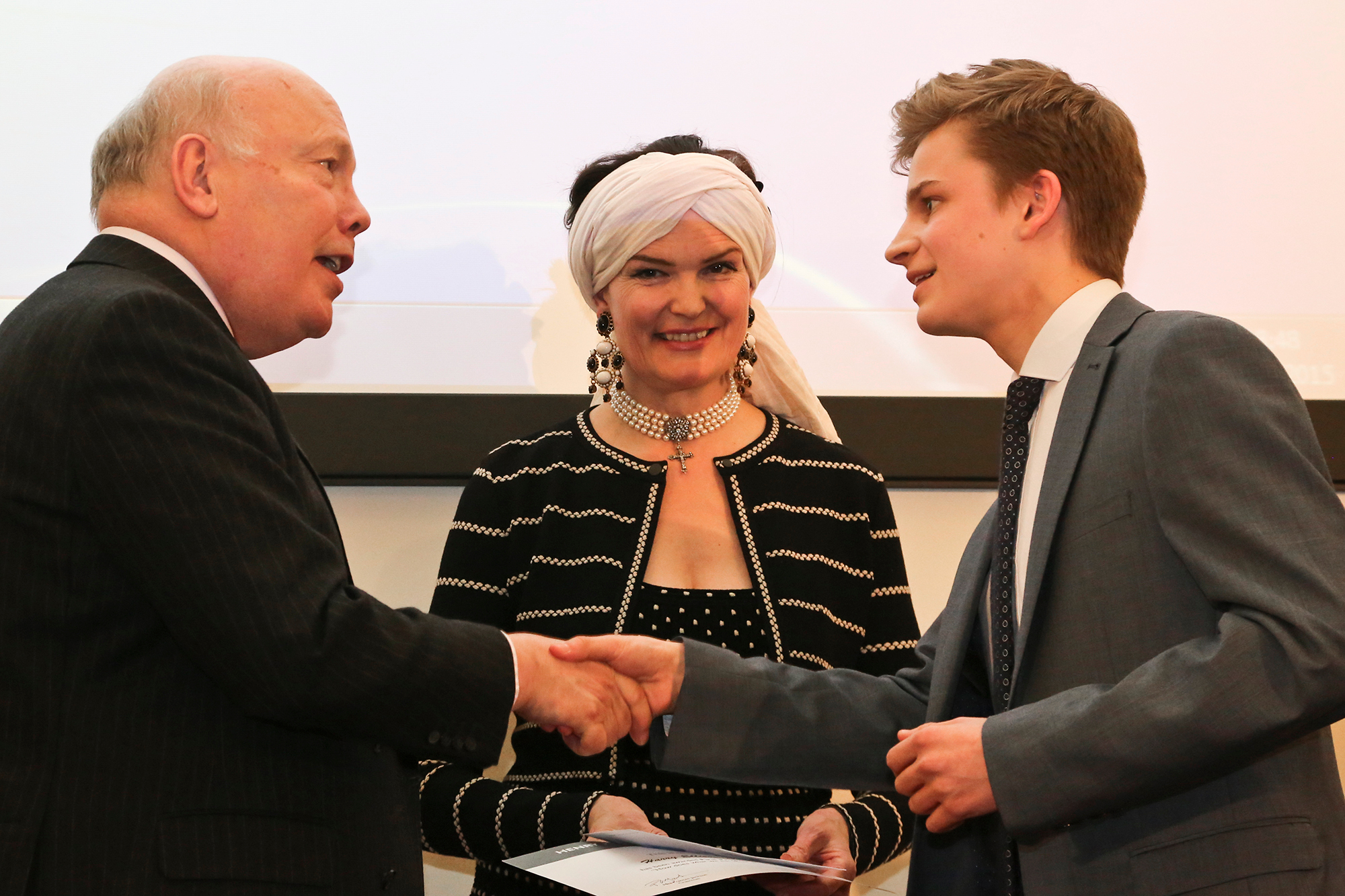 The Henry Kitchener Prize aims to encourage exploration into how scientific research in nutrition and neuroscience might help solve practical problems. Harry was just one of the many young scientists across the country who submitted essays looking at the question ‘How does what we eat affect our brains?’ and just to be shortlisted is a fantastic achievement. The award ceremony was held at the British Academy, where Lady Emma Fellowes, Henry Kitchener’s niece, and Lord Julian Fellowes presented Harry with his prize.

Well done again to Harry on his success. You can read Harry's winning essay on the IFBB website here.

The Institute for Food Brain and Behaviour (IFBB) launched the Henry Kitchener Prize, in memory of Henry, 3rd Earl Kitchener. Henry was an early pioneer in engaging with the scientific evidence that nutrition affects behaviour.