On 15 June the Design and Technology Department welcomed prep school children to take part in a D&T Challege Day.

The Design and Technology department were delighted to welcome 60 pupils from 15 prep schools from across the south to take part in their annual D&T Challenge Day. 60 pupils took part, coming from 15 different schools. Each team of four designed, made and tested an impact buggy that was able to support a standard egg using the equipment and materials provided. Each impact buggy was then tested down a three metre ramp… ‘The Ramp of Doom’ into ‘The Wall’. 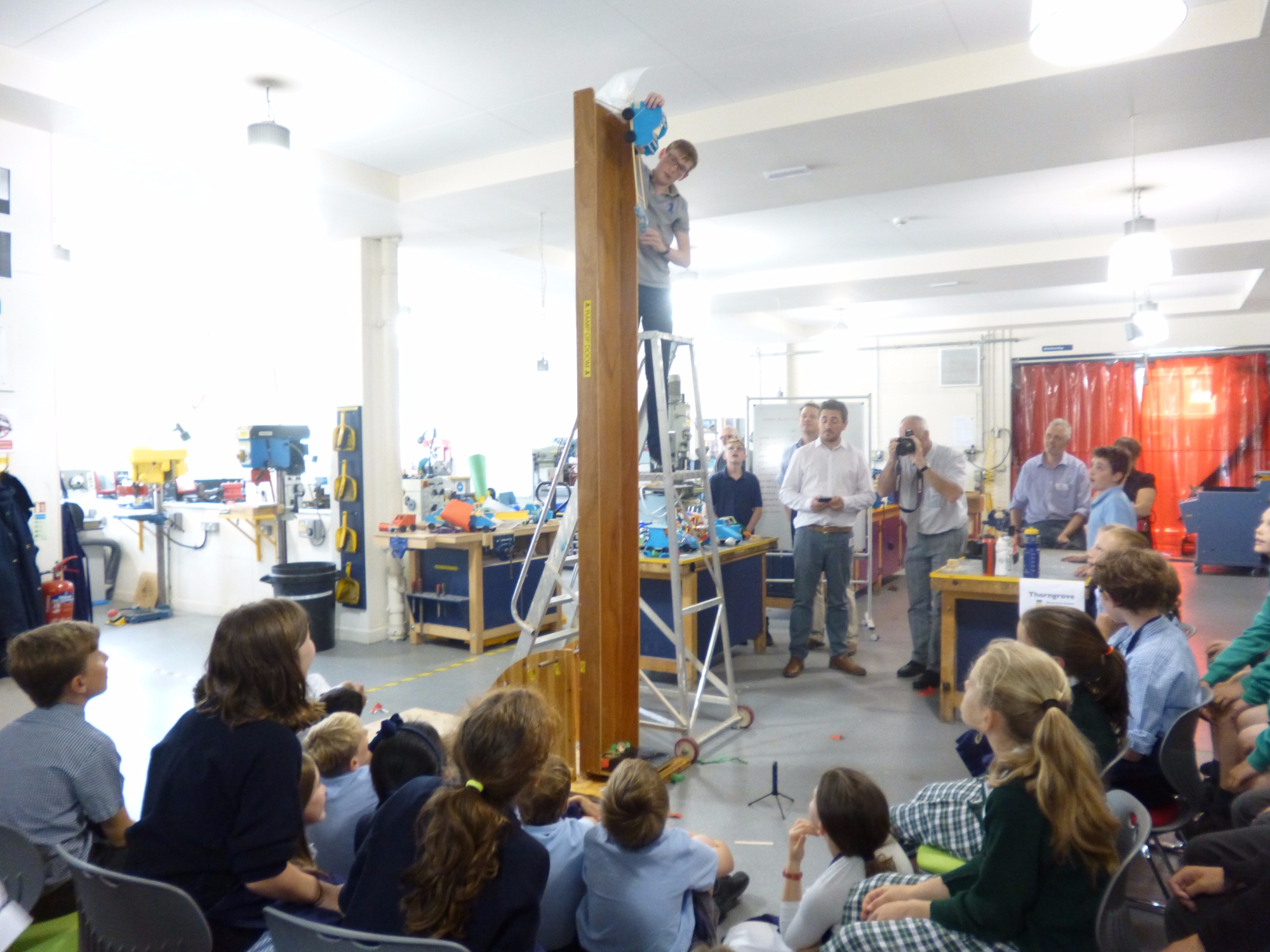 The ramp was raised from 20 degrees, then 40, 60, 80 and finally 90. The team whose egg could survive the most runs were the winners. Well done to Port Regis’ girls' team whose buggy was able to withstand five 90 degree drops! Each team also built a second car that was assessed for both quality and decorative presentation. This award went to Hazelgrove for their fabulously presented car.

Prior to departure everyone made a Bryanston-etched tea light holder to take home as a momento.

Thank you for all who took part and also to the current Bryanston pupils who supported their former prep school teams.