Fourteen Bryanston pupils of all ages entered the annual Salisbury District Classical Reading Competition this week, where set passages of Latin and Greek are recited in competition with other schools, and returned with nine prizes, and a 'highly commended'. 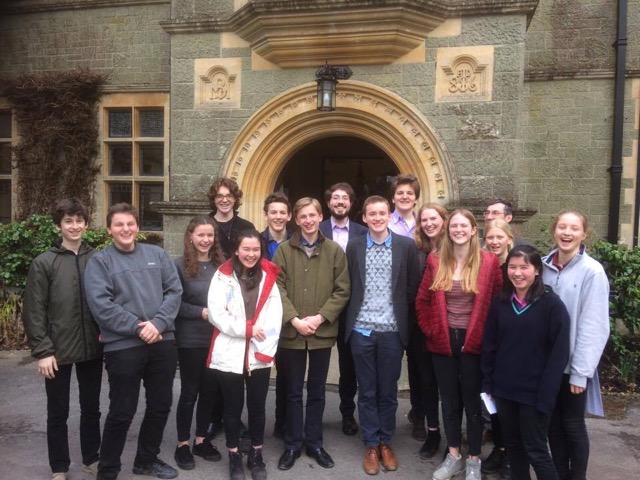 Particularly pleasing were the excellent performances from some newcomers to this field: Harry G won the Senior Latin Prose category with a spirited version of a piece of Cicero, while Freya P was awarded third prize for her version of an Odyssey excerpt in the Senior Greek section. Naima H won the Junior Greek prize with an excerpt from the Iliad, while Freddie F was in close contention, gaining second prize.

There were some excellent performances from our youngest pupils, who were competing in some of the larger fields of the day: Lingling BS won her Junior Latin section, with what the judge described as 'an almost flawless' version. She was followed closely by Tess A, who was second, and by Teagan G in third, in the other Junior Latin section. There were impressive performances from the Intermediate Latin level, with Sumei BS and Solly D both learning their Virgil piece by heart, and winning second and third prize respectively. Finlay T was highly commended by the judge for the other Intermediate Latin piece by Virgil.

A lot of hard work has gone into the preparation for this event, not just among the prize-winners, but also our other competitors, Thore G (Senior Latin Verse), Ophelia K (Senior Greek), Hector CM (Intermediate Latin) and Ben S (Junior Latin).

Well done to all of our competitors for making time for this unusual and demanding exercise, and reaching such a high standard, despite the pressures of live performance!