The annual Classical Reading Competition was held at Godolphin School in Salisbury on 9 March and gave a group of Bryanston pupils the chance to perform passages of Latin or Greek, some by heart, in various competitive age groups. 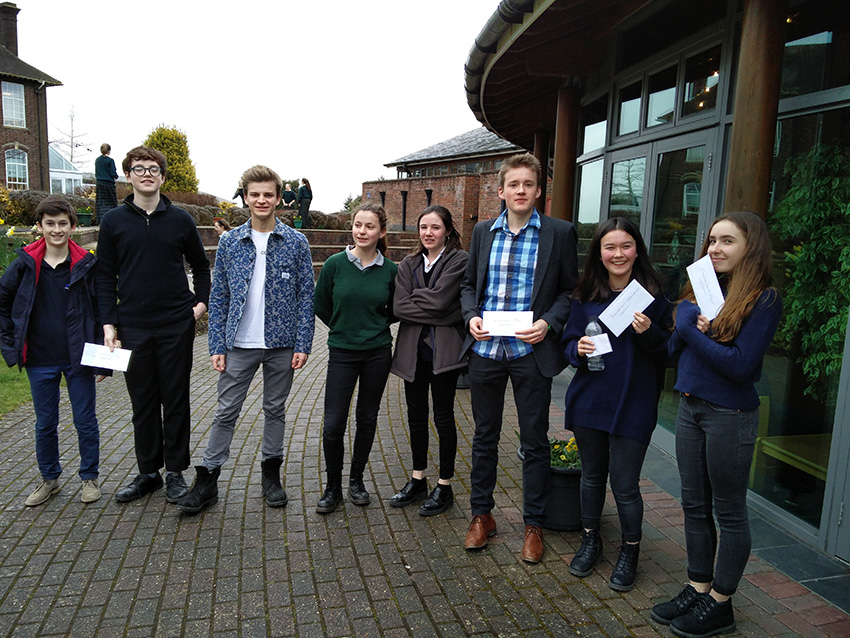 Leading the Bryanston entrants was A2 pupil Harry EW, who won first place in Senior Latin Verse with an outstanding performance of a dramatic passage from Virgil’s Aeneid Book 6 that was both accurate and spirited. This was Harry's final year competing for Bryanston and he has won a first place in various categories for five years in a row – a stunning, and possibly unsurpassed achievement!

There were other admirable achievements in the competition as well. Thore G entered Senior Verse (from memory) with an ode by Horace, which he captured beautifully to claim second place, while Kate S won second prize for Intermediate Latin Verse with a quirky piece by Ovid about a teenager’s infatuation with an enemy king.

Sumei BS was also highly commended for her subtly nuanced and accurate rendition of a Virgil passage from Aeneid Book 1 (Juno Bribing Aeolus), which she performed from memory.

Four D pupils tried their hand at this unusual challenge as well and they all performed creditably on two separate Latin passages. Izzy L, Finlay T and Naima H gave great readings, while Solly D won third prize for his version of Iarbas Complaining to Jupiter, in Aeneid Book 4.

This was a very enjoyable and stimulating afternoon, and congratulations to all the pupils involved!