The Bryanston community were treated to an outstanding concert by the London Mozart Players on Friday 20 January in the Elder Concert Hall. 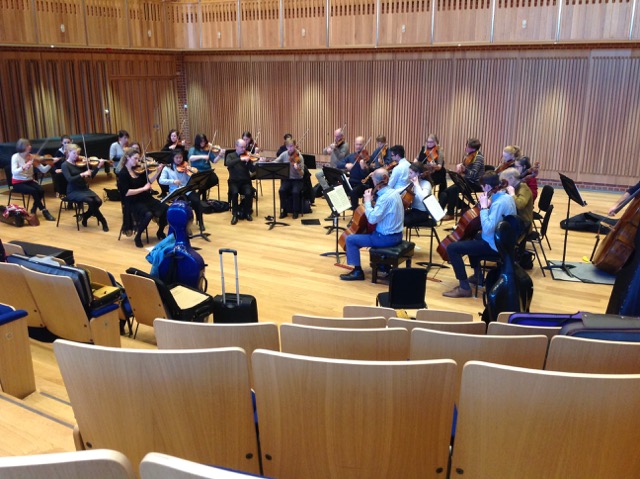 The programme comprised: String Symphony No.2 by Mendelssohn, Bach’s Double Concerto in D minor featuring OBs Ruth Rogers and Victoria Sayles as soloists and then Night Music of Madrid by Boccherini. After the interval, they performed Elgar’s Serenade for Strings, Arnold’s Concerto for Two Violins, again with Ruth and Vicky as soloists, then finally the Bryanston Chamber Orchestra joined the LMP to perform in three of the four movements of Benjamin Britten’s Simple Symphony.

Bryanston has several strong connections with the LMP. Firstly, the concert was led by OB Ruth Rogers, and Vicky Sayles, who is also an OB, played on the front desk with Ruth, and both also performed two stunning double violin concerti. A current parent, Marieke Blankestijn also performs and leads the LMP as an outstanding professional, although sadly she was not able to play on this occasion. The orchestra was originally founded by Harry Blech in 1949 and it was thrilling that his son, Robin attended the concert as he is also an OB.

Huge thanks and congratulations to Christina Scott, Head of Strings, for coaching the pupils to such a high level, all of the London Mozart Player’s professionals and to our own pupils in the Chamber Orchestra. When the pupils joined forces with the LMP, they greatly enhanced the sound creating such a vibrant, exciting and professional sound.