We were delighted to welcome OB and celebrated conductor Sir Mark Elder to Bryanston yesterday. 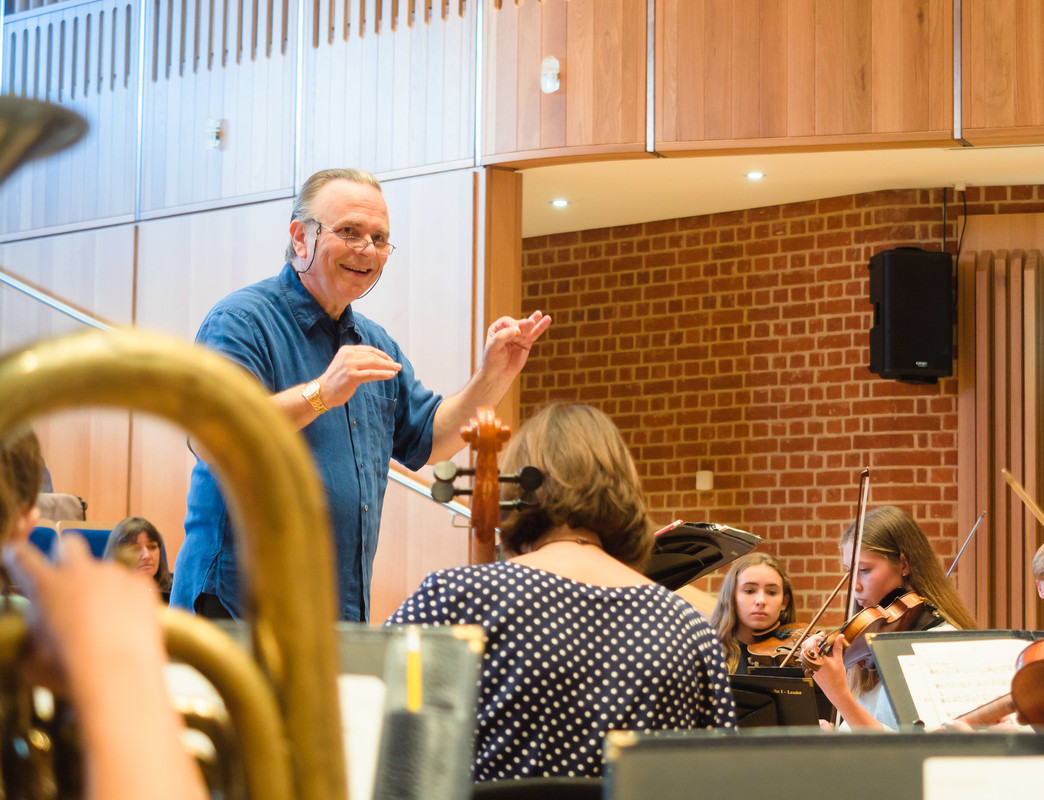 Throughout his visit, Sir Mark spent much of his time with pupils, sharing his experiences both of professional classical music and of his time as a pupil at the school.

The day started with a talk and Q&A session, during which Sir Mark gave Bryanston’s top musicians an insight into forging a career in music. After lunch he conducted the Chamber Choir in rehearsal before taking a tour of the Tom Wheare Music School. The tour ended at the Elder Concert Hall, named in honour of Sir Mark, where the occasion was informally marked with short speeches from Chair of Governors, Robin Pegna, and Sir Mark. A tour of the school followed where Sir Mark was shown around by Heads of School, Oli and Emma. 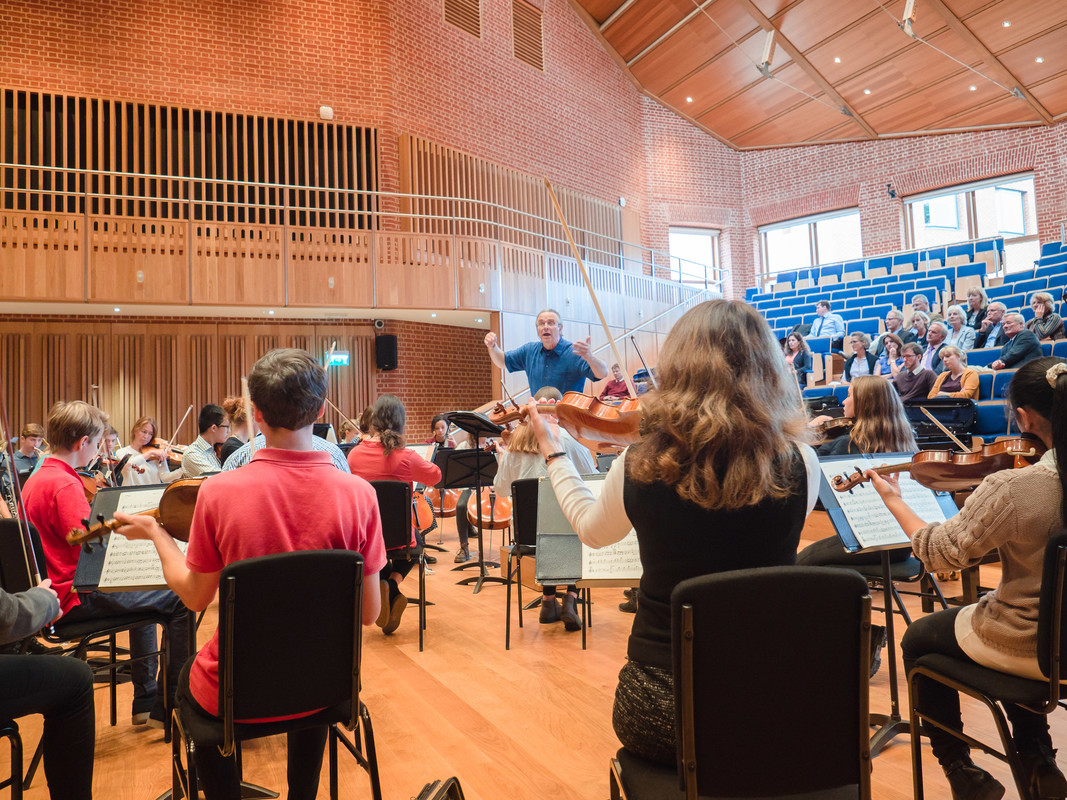 One of the highlights of the day was the Orchestra rehearsal directed by Sir Mark. During the hour-long session, Sir Mark put the players through their paces with three different pieces that will be performed at the London Concert in October. With Sir Mark’s charisma, expertise, long-standing experience and good humour, the sound of the orchestra made wonderful strides forward. With the occasion being so close to the start of the academic year, what was particularly impressive about the pupils was that they were rehearsing the Beethoven Piano Concerto No. 3 by sight (Eric H was the piano soloist). The other two pieces were Copland’s The Promise of Living for full orchestra from the orchestral suite The Tender Land and an arrangement by Duncan Emerson of Fauré’s Aprés un rêve featuring Lotte T as the soprano soloist.

The finale of the day was a superb dinner for the music scholars and exhibitioners held in the recital room. Six pupils performed solos either side of the meal. Sarah Thomas thanked all of the pupils for everything they give to music at Bryanston and warmly thanked Sir Mark for his precious time and extraordinary inspiration.

We are immensely grateful to Sir Mark for giving so much of his time to Bryanston pupils and sharing his experiences with them so generously.

See photos from the day here.