A wonderful concert in memory of the former Head of Woodwind, Douglas Heffer, took place in the Elder Concert Hall on Wednesday 8 June 2016 at 7pm. The concert was organized by OB Malcolm Messiter. 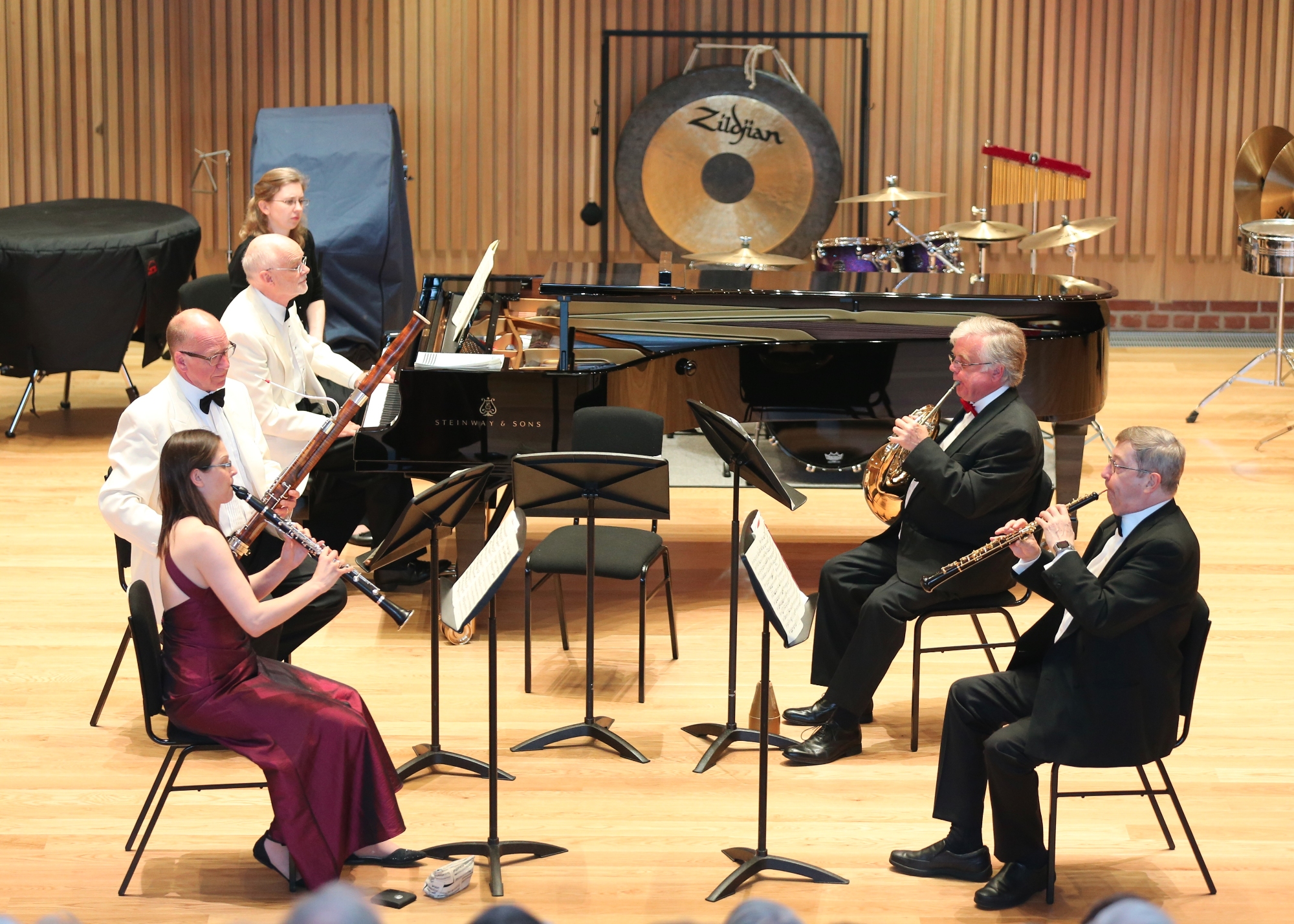 Malcolm wrote in the opening paragraph of the programme, ‘Thank you Douglas! Many of us who have come here this evening, as well as hundreds more who aren't here, owe a lot that has been good in our lives to the influence of Douglas Heffer. This is an influence for good that is impossible to overstate.’ He continued, ‘David Chatwin, Stephen Roberts, Martin Hughes and I all took part in Bryanston Chamber Music Club concerts in the Edwin Evans room in the 1960s encouraged by Douglas. His energy was endless and his enthusiasm infectious.’

The tradition of the Bryanston Chamber Music Club continues even today in the form of the Barnet Chamber Music Club. Three members joined the above named gentlemen to play in the concert: Helen Paskins, Rachel Sanders-Hewett and Edward Beckett.

The first half of the concert was Mozart’s Quintet in Eb K.452 and Ferling’s Duo Concertante for two oboes. During the interval, many members of the audience joined Prilly Heffer to view the room bearing Douglas’ name in the new music school. The second half featured Arnold’s Three Sea Shanties for wind quintet and Poulenc’s Sextet.

The encore was a moving piece that had been specially composed for the occasion by Stephen Roberts.

There was a wonderfully affectionate feeling about the whole concert as these fine players came back to say thank you in memory of this amazing man.