A large audience of around 250 people enjoyed a visit from The Band of HM Royal Marines Collingwood on Tuesday 19 January 2016.

The band, led by Warrant Officer Two, Nev Dednum, joined the Bryanston Concert Band for a fun joint rehearsal during the afternoon. The Royal Marines performed in different styles and guises in the main concert at 7.15pm ranging from funk, function band and big band to a classical concert band set up. The drummers performed in a march with the concert band and this featured a fantastic solo section in the middle of the piece.

The highlight for Bryanston was when we joined forces with the Marines to produce a 90 strong Concert Band. The Band performed four pieces, the first of which was conducted by Nev Dednum, With Each Sunset. The following three pieces were conducted by Bryanston's Director of Music, Duncan Emerson, Proclamations, Harlem Nocturne (featuring soloist Sophia E) and a brilliant medley from The Lion King. The concert ended with the march affiliated with this particular regiment. It was a fantastic concert, full of high-quality music, an excellent educational experience for the Bryanston pupils and a colourful and entertaining concert for the highly appreciative audience.

You can see more videos from the evening on our youtube channel here. 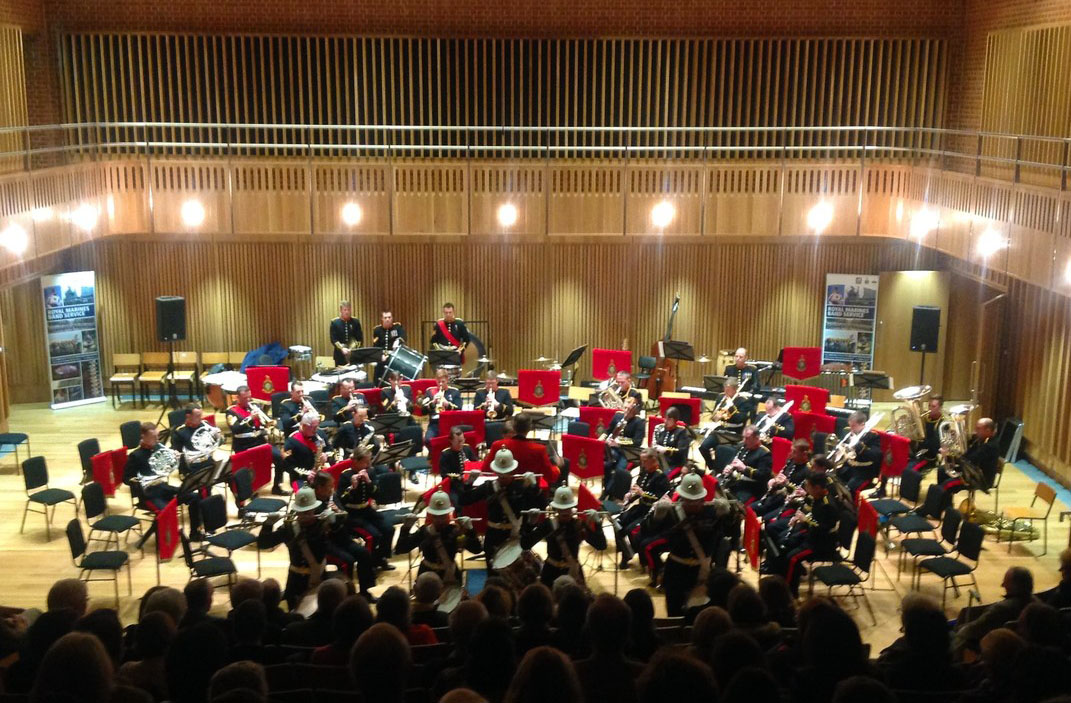