The Ensemble Concert took place on Wednesday 24 June at 8.15pm in the Elder Concert Hall. 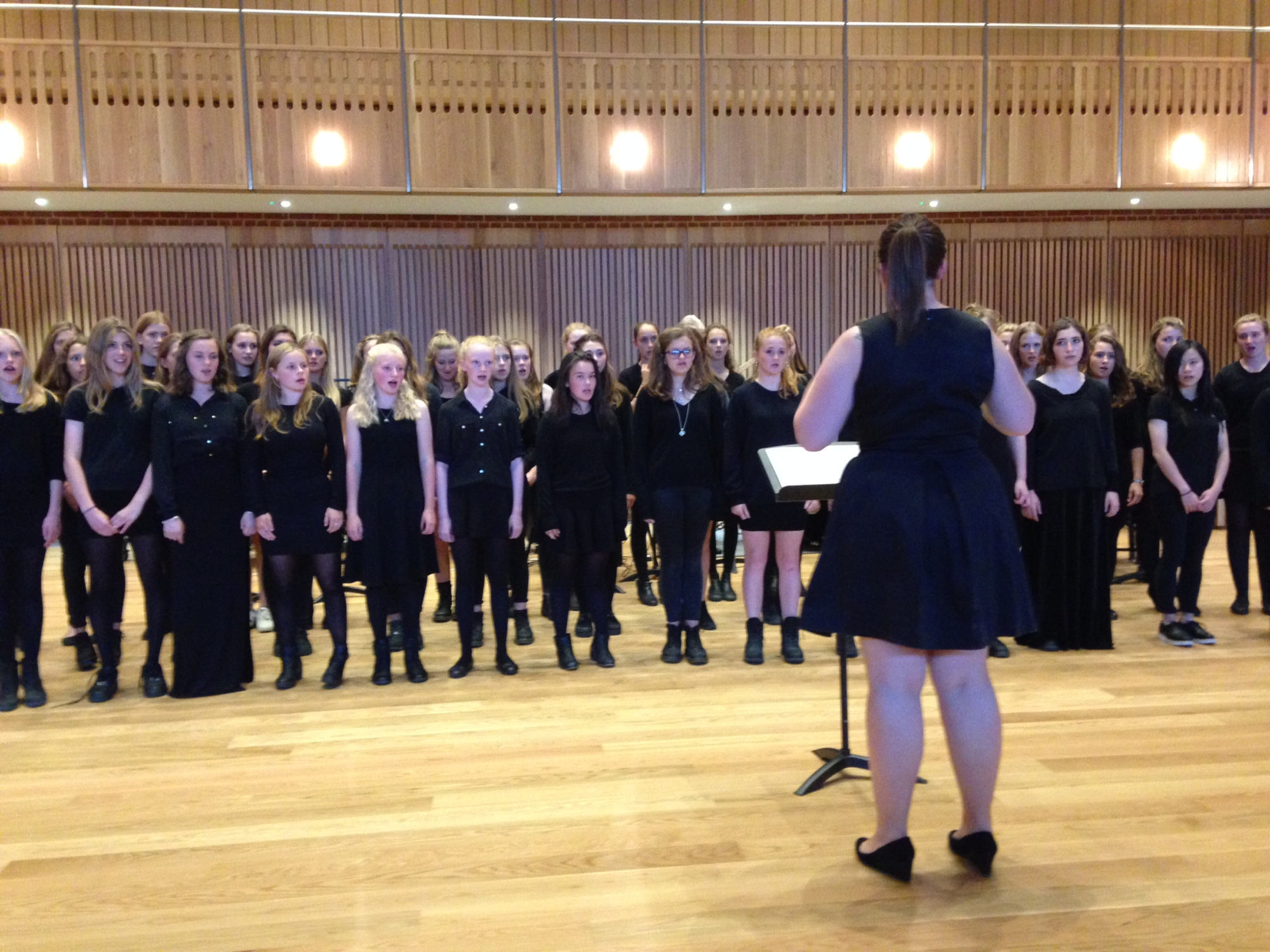 The Amaris choir started the concert under the direction of Sarah Mudd performing Fix You by Chris Martin and I Want You Back/ABC arr. by Brymer. They sang with excellent confidence and created a superb sound as always. Pop Strings (Oscar Blanco Purcell, Katharine Simpson, Sophia Lewin, Frederick Frostwick, Julie Pagy, India Syms, Anne Frampton Hobbs and Rory Highnam) followed with a vibrant version of Happy by Pharrell Williams conducted by Isabel White. The solo 1st violin part was played by Oscar Blanco. The D Saxophone Sextet (Adrian Chan, William Emerson, James Bourke, Edmund Mackay, Arthur Gray, John Martin) repeated their performance from the D show one week earlier of Welsh Air brilliantly and they enjoyed the much warmer acoustic of the concert hall. The Flute Group were under the clear direction of Sarah Beales, handled a difficult arrangement of Eleanor Rigby with great ability. The Violin Trio played Suite for Three Violins Op. 17 by Hermann; it was a brilliant and highly confident performance by three young and impressive music scholars - Samantha Hoang, Katharine Simpson and Frederick Frostwick and expertly coached by Christina Scott.

Huge congratulations to all performers for providing such an entertaining evening and with no A2s involved, it is great to know that there is such depth of musical talent at Bryanston. It was so lovely to watch all the performers clearly enjoying their performances. A speech was given at the end by Duncan Emerson, to thank Sarah Mudd for her outstanding five years at Bryanston as Choral Director of Amaris choir. She has brought out the very best in the girls and provided enjoyment to both the girls in the choir and their audiences. Sarah takes up the role as Director of Music at Walhampton Prep School.