What a privilege it was to be joined by 107 talented young musicians from 11 prep schools, who raised the roof for our Prep School Orchestral Day last week. 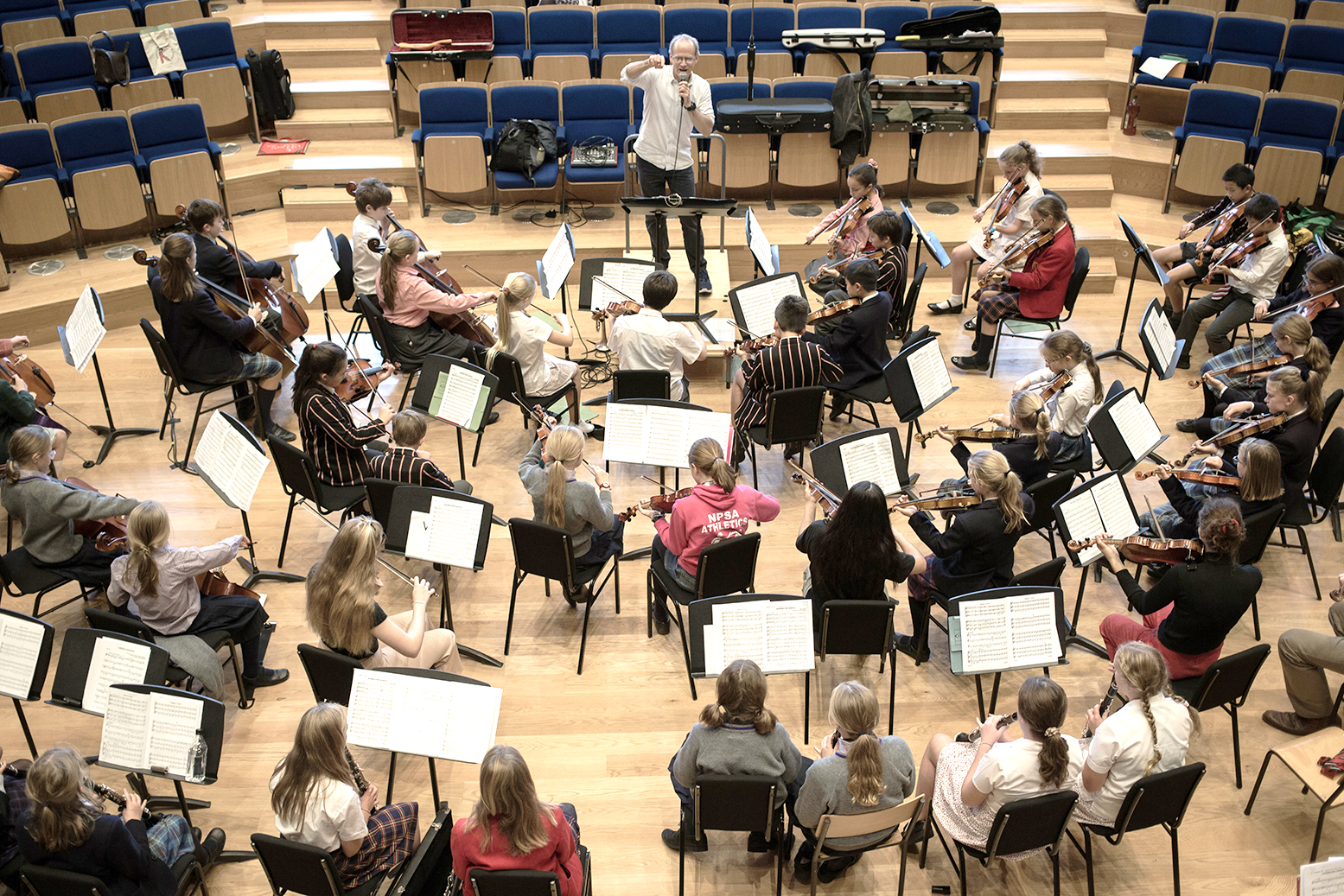 Our newly-appointed Head of Jazz, Dave Andrews, began the day with call and response exercises that quickly had everyone playing with confidence and a sense of freedom. The Orchestra worked on the Dambusters March (complete with Lancaster bomber sound effects) and the String Orchestra on All About The Bass. It was inspiring to see four brave instrumentalists improvising their solos during the Wind Band’s jazzy arrangement of Green Onions.

The concert was introduced by Bryanston’s Headmaster, Mark Mortimer, who commended the pupils and their teachers for their amazing endeavours during the day. The standard of playing during the concert was truly remarkable. We look forward to the next one in May.