The Bryanston Buzzards is the OB golf society and is open to former pupils, staff and parents.

The Buzzards meet annually in the summer for an entertaining day of golf and friendly competition, normally on a prestigious course in the south of England. The aim of the society is to bring together players of any standard who have an association with the school in a format that matches young and old in an individual tournament for a number of coveted trophies, including the “Bursar’s Bogey” for the best stableford round of the day. There are prizes for the longest drive and nearest the pin, as well as a veterans' prize for those Buzzards that maybe don’t have the length of drive to match some of the younger members.

If you are interested in receiving details of our gatherings, please email Sam Tonks, Alumni Relations Officer  with your contact details.  Regular updates on forthcoming competitions will also be posted on this page.

North Hants Golf club in Fleet was the venue for the 2018 gathering of the Old Bryanstonian Golf Society (the 'Buzzards').

The venue was ideal for those travelling from the West Country, London and further afield. A number of new participants had signed up to enjoy what is always a fun, sociable and entertaining day. 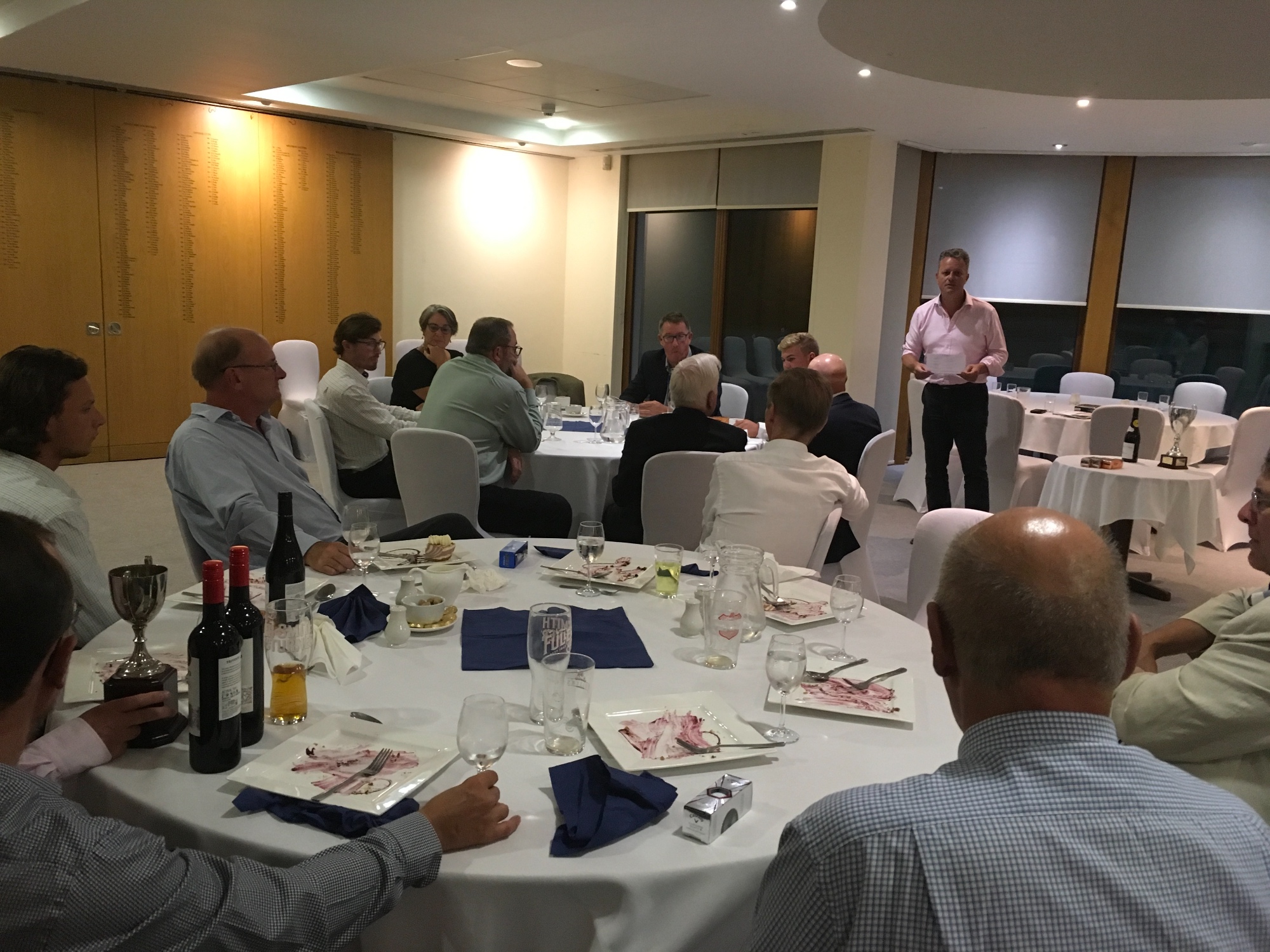 world number one golfer as their most famous member.  A guided tour of the Justin Rose dining room was offered to those that could still make the climb to the top floor after their strenuous round of golf.

Battle commenced after the handicap committee had made a few adjustments to those members who had managed to 'mislay' their official handicap certificates.

The heathland of North Hants was in impeccable condition considering the drought of the summer. However, the fast and undulating greens proved to be the undoing of many a fine score.

After a few drinks and a fine meal at which the Buzzards were joined by Sam Tonks and Elizabeth Anderson from the school’s Development Team, the prizes were distributed.

The nearest the pin was for much of the afternoon held by Stephen Royston (P ‘68) with an effort that saw his ball within 4 feet of the hole. However, Philip Warley (P ‘74) delivered a killer blow and dropped his ball to within three feet of the hole clinching the top prize.

The coveted longest drive prize was for a few minutes firstly held by Philip Warley (P ‘74) and then his brother Anthony Warley (P ‘71) who stood on the green of the 18th only to see their superb efforts blitzed into oblivion by some 50 yards by Adam Rowley (C ’16) who hit one of his only straight drives 345 yards to the front edge of the green. 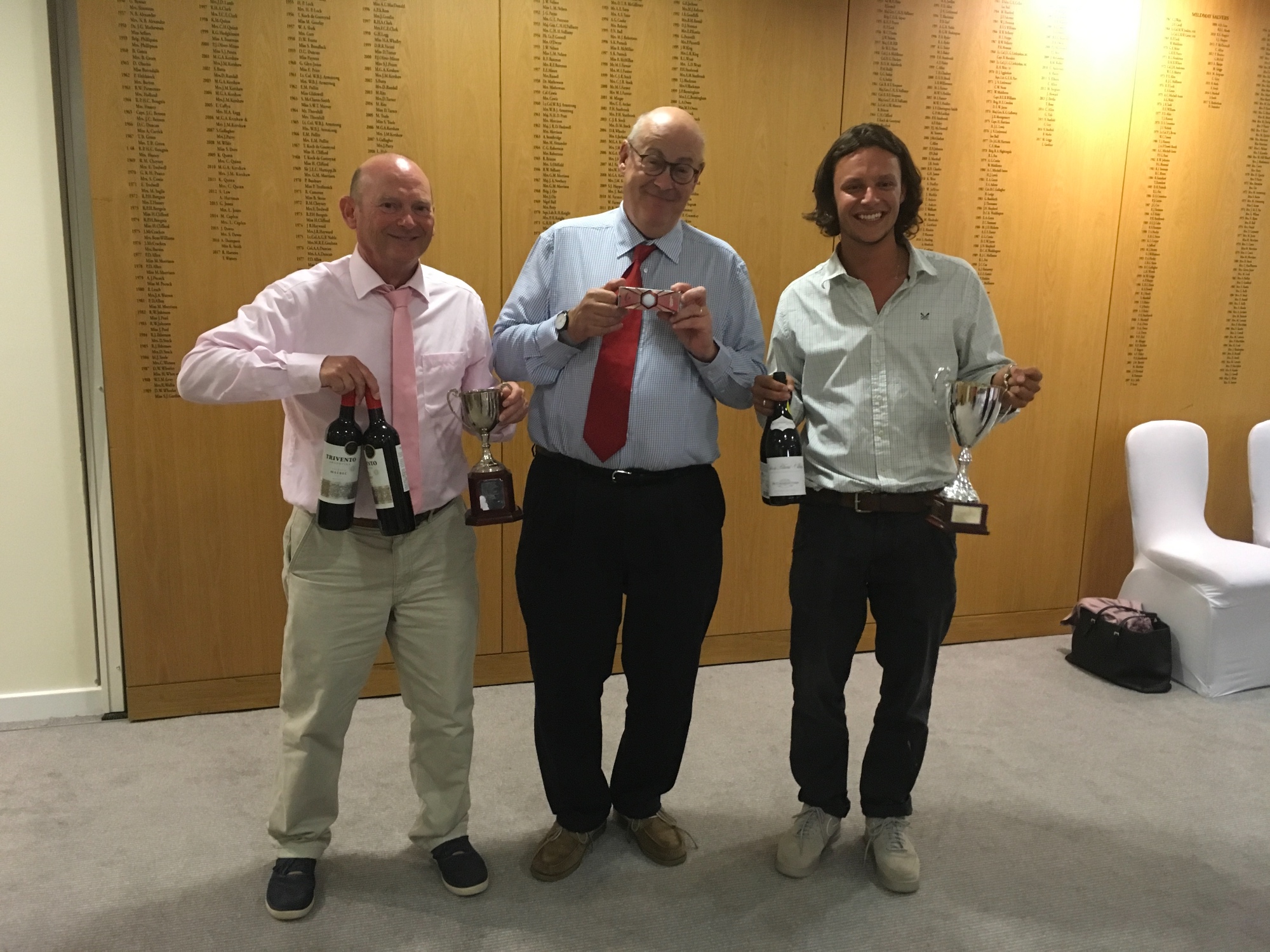 For the second year running, the individual competition challenged the Captain’s ability to add up as there was yet another count-back situation (proving that the handicap adjustments worked!). The top three were:

The coveted 'Bursar’s Bogey' trophy for the best gross score was awarded (on a count-back) to Olly Blandford (C ’16) with a gross 83 (13 over) who beat his father, Simon Blandford (P ’84) into second.

The Captain concluded matters with a vote of thanks to the Club and to the School’s Development team for their ongoing support and organisation in making the event such a success.