Running naked in the shrubbery

Headmaster Mark Mortimer reflects on the School's core aims of encouraging its pupils to think creatively and intelligently challenge convention... 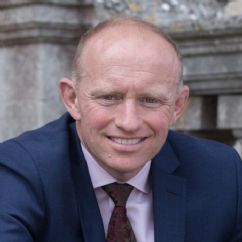 In 1933, just five years after Bryanston was established, the new Headmaster, Thorold Coade, decided that he needed to persuade prep schools that ‘the rumours of its free and easy ways were false’. I have to admit that I laughed out loud when I came across this during a recent rummage around the archive. Even though I’ve only been here a few months, it is clear to me that some of these misperceptions still linger almost 90 years later. Given my army background (no one has ever described me as ‘free and easy’), I reckon I’m just the person to challenge some of these inaccurate views. So here goes …

Like any outstanding school, Bryanston has high expectations, high standards and expects much of its pupils. They are encouraged to enthusiastically give 100% in everything they do, to seize the many opportunities on offer here, to think big, to take calculated risks, to fail sometimes, then bounce back, adapt and go again. In that sense, they are being channelled while they are here; however, the corridor down which they are travelling is wider than at many more orthodox, traditional schools. We do not force them down a narrow passage of conformity. Of course, there are still clear boundaries, but there is also room to travel down the left-hand side, the right-hand side or even zigzag along it. This greater freedom allows pupils to focus on who they are and who they want to be, rather than what they want to do. It fits with one of the most cherished principles of Bryanston: the idea of the development of a community of individuals, with an equal emphasis on both. Another of my predecessors, Robson Fisher, summed it up beautifully in 1961:

‘We set our faces against producing a Bryanston type because we assert the uniqueness of each person and feel it would be an invasion of a boy’s personality to roll and pat him like a lump of butter into a shape indistinguishable from the next lump.’

This freedom, and the space to avoid conformity, is one reason why we have a dress code rather than a uniform, but I would argue that the greater choice that that presents is indicative of an approach that actually requires more structure and more self-discipline than a more restrictive approach. It makes different demands on pupils, but it also offers them the chance to think for themselves and to reflect on the purpose of rules, regulations and restrictions; this is closely linked to the core Bryanston aim of encouraging pupils ‘to intelligently challenge convention’. This doesn’t mean being obstructive or argumentative for the sake of it, but it does mean thinking about or looking at things from another perspective; creatively.

Creativity has long been a guiding principle at Bryanston, and we have been extolling its importance at the heart of the curriculum for many years. It’s much more than a skill – it’s the ability to see things differently, to use one’s imagination to create alternatives or new ideas. We are an imaginative species, and each of us has the potential for creativity in any subject or field, be it history, maths, physics, music, sport or business. What is vital, to give it power and purpose, is a focus for it – an area of interest that first sparks the imagination.

Our aim is to develop pupils’ creativity and enable them to think differently, intelligently break convention, challenge assumptions and possess a curious, flexible mindset. In short, we aim to make them as unlike a machine as possible, even more important today than in the 1930s.

Oh, and the shrubbery… The story goes that a prospective parent, looking around the School, came across an informally dressed man:

“Excuse me, do you work here?”
“Yes Madam, I do.”
“Tell me, is this the place where the Headmaster runs around naked in the shrubbery?”
“Madam, I gave up running years ago.”

Coade again; you can see what may have fuelled those misperceptions!