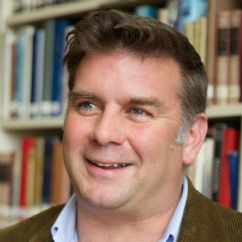 I have been in institutions for practically all of my adult life. Sounds worrying doesn’t it? I mean this in the best possible way. From Bryanston School to Birmingham University (then a brief period of ‘finding myself’) to Sandhurst, followed by a career in the British Army, to my PGCE and Loughborough Grammar School and finally back to Bryanston, in all of that I have worked as part of an institution. And yet I think that my time as a boy at Bryanston between 1982 and 1987 gave me a rather different view of institutions from many of my contemporaries that I think is even more valid when applied to the world today than it was then. Thankfully nobody ever tried to turn me into anything that resembled a typical Bryanstonian when I was at school (or an Old Bryanstonian when I left), and as a result I’m afraid that the whole idea of shared institutional values, this need for institutional conformity, leaves me rather cold.

My time in the British Army gave me an insight into perhaps the most closed and intense of all institutions - the Regimental Family. Now the 2nd Battalion Royal Anglian Regiment is a fine unit of fighting men and I totally ‘get’ the historic need for a deep sense of belonging in a fighting unit where your life depends upon those around you. The seams of ingrained identity run very deep from learning all five verses of the Lincolnshire Poacher (the Battalion’s nickname is The Poachers) to memorising battle honours and from the badges of identity to the fierce protection of and pride in the Queen’s Colour and Regimental Colour. And yet, as deep as my pride is at having served in The Poachers, I find the regular statements posted by my former soldiers on Facebook stating ‘Once a Poacher, always a Poacher!’ to be rather curious. I left the Army in 1998 and, having narrowly escaped having a Regimental crest tattooed on my backside, all I have left are good memories and some old uniforms that no longer fit.

My time with The Poachers has given me some friends for life, some life-changing experiences and a deep affection for the Battalion, but I cannot say that it has changed my essence as a person. What it did do was encourage me to shed some of my teenage/early-20s immaturity and encourage me to approach life in a more disciplined and open way. I have moved on the better for, not defined by, my time in the Poachers and I think that this should be the aim of any educational institution also.

The issue of conformity versus creativity in schools is nothing new, and in many ways, it has been the least conformist pupils who have achieved the most in spite of the search for a collective identity. Whether it be the awkward Arthur Wellesley (future Duke of Wellington) failing to fit in with the routine of Eton life or Winston Churchill whose Harrow report opines: ‘He has no ambition. He is a constant trouble to everybody and is always in some scrape or other. He cannot be trusted to behave...He is so regular in his irregularity that I don’t know what to do with him!’, educational establishments have always struggled to enforce conformity on some of their pupils. Partly this is an eternal generational conflict, of course, but in respect of some British public schools there is something more - a tacit promise of a traditional identity that can be bought into and which subsequently gives access to a world of institutional connectivity. It promises to take a raw product and form it into a recognisable shape. Again, nothing new. In 1807 Napoleon Bonaparte announced his educational policy stating that: ‘It is essential that the morals and political ideas of the generation which is now growing up should no longer be dependent upon the news of the day or the circumstances of the moment. Above all we must secure unity: we must be able to cast a whole generation in the same mould.’ Most would react against this form of centralised, state-controlled educational manipulation of children’s destinies yet is ‘..casting a whole generation in the same mould.’ really so different from what many schools promise to deliver on a smaller scale?

Education for me should be about celebrating individuality rather than enforcing conformity. I do not apply this to school rules of course, which need to be consistent if they are to work, but to the expectations of what the children that we teach should be like. I understand that this is a counter cultural concept to broach as the search for a magic wand that will turn our children into something different is long-established.

I think that it is fair to say that in all bar a few professions people are no longer defined by the institutions that they previously attended. The ‘old school tie’ still carries influence in some quarters, but is slowly dying out as the light of fairness, social mobility and increased openness is shone on institutions of all types. All of this means that we cannot rely on ‘buying’ a package of educational identity, which will see us right in the wider world. Views abound about the innate personality traits of school alumni, but I think that this is massively overstated. After all, do we not want our children to ‘leave’ school and move out into the rest of the world to mix with, and work with, people of all backgrounds?

One thing that I have heard many times over the last three decades is of people’s experiences of meeting Old Bryanstonians. Almost universally they comment upon a rather pleasing lack of conformity, but they also all seem to agree upon their personality and confidence, whilst insisting that they are not ‘arrogant’. This, it seems to me, may be a product of the way in which a Bryanston education is delivered. Pupils are held accountable to their own standards and skills rather than that of a traditional set of institutional standards. If they are confident, then that confidence is built upon their own journey through school rather than having conformed to an expected stereotype and expecting an automatic kudos from simply having been a member of the tribe.

Stock self-evaluation of personality based purely upon belonging to a particular school, institution, region, race, star sign or other such nonsense is always bogus, I believe, and can be positively dangerous if it continues into adulthood. A school’s job is to enable, not to indoctrinate, and I think that we do children and parents an enormous disservice by leading them to expect otherwise in a constantly uncertain and changing world.