As we approach our 90th anniversary, our Head, Sarah Thomas, looks at why a school that is proud of being young still celebrates getting older.

Bryanston will be 90 years old (or 90 years young, however you look at it) on 24th January. On that day in 1928, the school doors opened to the 23 boys and seven members of staff in the old Portman palace at the top of the two-mile drive from Blandford Forum.

Bryanston really is still a young school, and one that is proud to remember its founding father’s vision, of a school offering exceptional care for, and genuine interest in, each of its pupils (through, amongst other things, the incomparable house and tutoring structure) and where pupils are encouraged to thrive and to find joy in whatever they happen, legitimately, to be excellent at, as well as guided and supported through the other things they might find more difficult or more tedious perhaps as part of their educational endeavours. 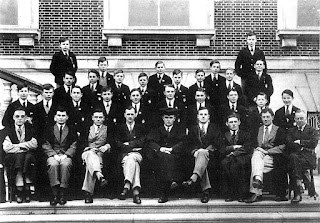 So, why should a school proud of being young celebrate being older? I think there are various reasons from my (very ephemeral) point of view. Firstly, Bryanston likes a good party. After all, it’s what the place was built for. Look at those magnificent rooms in the centre of the house, now Dorchester, Grosvenor and Cowley, and feel the sprung dance floor. I was once shown a guest book for the 1900 New Year’s Eve party at Bryanston when it still belonged to the Portman family. It sounds like a spectacular evening: fireworks and dry ice! And what is life if it is not possible to enjoy special occasions? It’s right to mark those significant moments in life. Next, I think it’s worth celebrating the fact that the Bryanston model – somewhat arriviste compared to those venerable schools which date back to the 15th and 16th centuries – is not only thriving, but that other older schools have, we like to think, adopted some of our ideas and methods (more adult interest in pupils; better tutoring; a junior boarding house system). Thirdly, I think it’s always important to remember, and to remember to re-state, the values upon which any school is founded. Schools which do otherwise invariably lose their way in matters of ethos and identity. 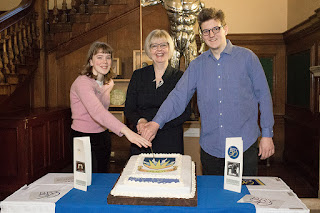 As a school, we routinely consider what is important to us, through regular reviews of our mission statement, strategic planning, prospectus and other communications to current and prospective parents and pupils. As part of the planning involved in identifying my successor, we recently put together Bryanston’s Guiding Principles.

None of these should come as a surprise. Although, of course, there is a certain element of Berocca about it all. Some of the headlines took a few tussles between us here and there (and rightly so), but you will, I hope, find these principles running through all we say and do – and all we always have said and done. As Bryanston gets ready to find and then welcome its seventh Head, as we eat cake and watch the 90 films put together by the irrepressible Simon Wheeler (C 1993), and as we raise our metaphorical (in some cases) glass to our 90th birthday, what better or more joyful way to do it than to ‘make a noise’ (as I believe they say) in the arid world of 21st-century education: “We are Bryanston! We know what really matters! We’re going strong and here’s to the next 90 years!”