This week we welcome Bryanston's Head of IB, Sophie Duncker, who explains why she thinks pupils benefit from studying the IB Diploma. 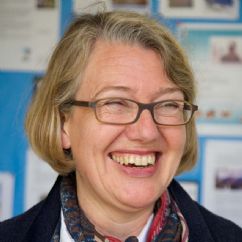 Why would a pupil choose the IB at sixth form? There are many who believe that IB pupils are constantly studying with no time for anything else and that A levels are the easier, safer route.

I don’t agree! Yes, it can seem challenging at first glance, but the benefits that pupils gain through studying the IB Diploma are considerable. And as to constantly studying? IB pupils at Bryanston are fully involved in school life: last year’s cohort included the Heads of School, three prefects, the captain of the rowing team, several lead actors in school theatre productions, and a soloist in the Dance Band. Indeed, the IB actively encourages pupils to get involved in a range of activities alongside their studies through CAS (Creativity, Action, Service), a part of the ‘core’ of the IB Diploma programme.

The breadth of the IB, in both the subjects studied and combination of assessment methods, enables pupils to develop a much wider view of both their studies and their personal approach to learning. With six subjects, plus the ‘core’ of Theory of Knowledge, Extended Essay and CAS, pupils not only quickly develop strong organisational skills, they also learn how to be flexible and thrive outside their comfort zone. All key skills for their later lives.

While the range of subjects studied in the IB Diploma programme is an obvious benefit and the holistic approach to these subjects highlights how they are linked to each other in the real world, pupils also have the opportunity to delve into one area in depth as part of their Extended Essay (EE). The EE is an independent research project which allows pupils to investigate a topic related to one of their six chosen subjects and which is of special interest to them. Not only do pupils develop a deep understanding of their chosen topic, they also gain practical experience that will prepare them for undergraduate research.

The IB really can be the choice for every pupil – a scientist too will need to ‘think out of the box’, to consider ethical questions and be able to express themselves both in his or her own language, as well as in others. Some see a very clear route through school and a choice of one and only one university before them; then A levels may be a credible alternative to the IB. The choice however isn’t necessarily between A Levels and IB, but between specialising and widening horizons.