A group of Bryanston girls are currently on a hockey tour of South Africa. Here is the first in a series of blogs following their adventures.

So, after leaving Bryanston at lunchtime on Tuesday the excited girls started their journey to South Africa. It took us a while to make it onto the plane; who knew a group of 38 people had so much stuff!!  We were also slightly held up by Hebe W, who thought she would be able to get through security with her kitchen scissors in her arts and crafts bag! Finally we made it onto the plane, and most of the girls slept all the way there (Nat had passed out before we had even taken off). 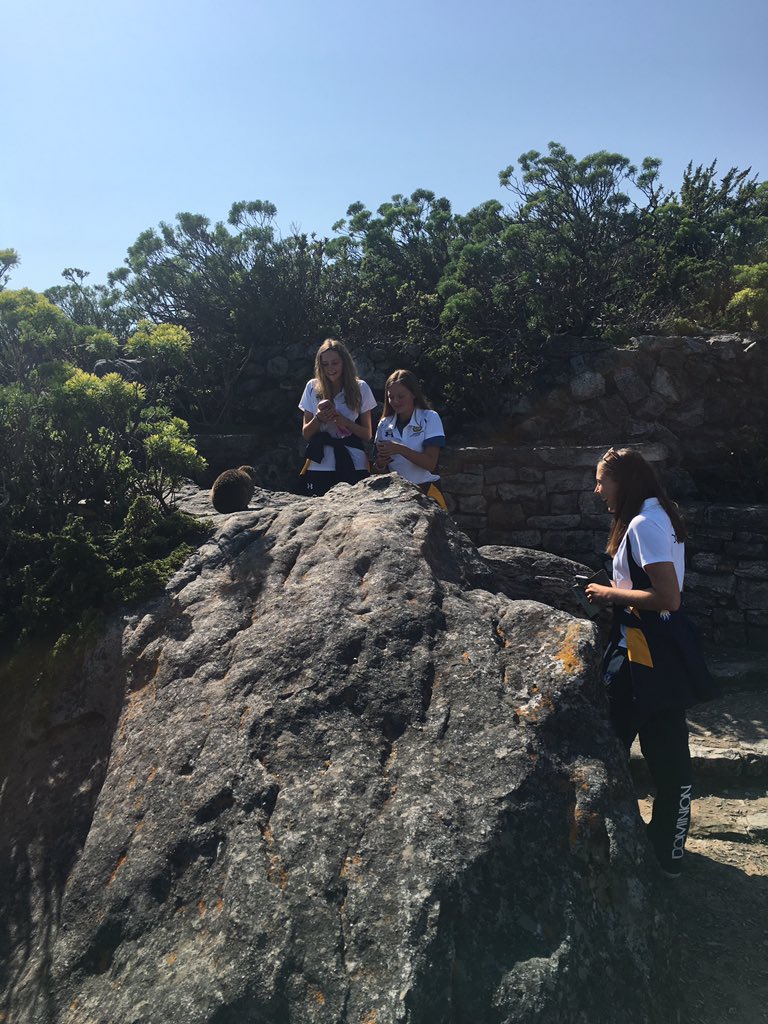 We made it to Cape Town at about 9.30am, got straight on an incredibly plush, spacious coach and headed to Table Mountain. We took the cable car up, which was exciting as it rotated as we made our way up the steep side of the mountain. When we got to the top, the views were incredible! The weather was perfect, we could see the whole of Cape Town and way out to sea to Robben Island. The girls also came across the South African wildlife, from cute little dassies (rock badger) to sun birds and lizards.

We then made our way to The V and A waterfront for some lunch and recuperation, before jumping back on the coach and driving to Stellenbosch where we would be staying. The girls had some chill-out time before a very nice supper and some traditional malva pudding. The girls then had an early night (some of them in some very suave five-bed apartments) in order to rest before an action- packed day two!