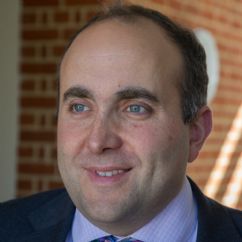 Bryanston has an outstanding musical tradition, and music is at the heart of school life in every aspect – socially, academically and spiritually.  A focus on participation and performance ensures that music touches the lives of the whole school community.

Inclusion as well as excellence is a core value, and to achieve this every pupil in the first year has instrumental or singing lessons for the entire year. Pupils perform in an extraordinary range of concerts, recitals and musical groups, and over 600 individual music lessons are taught each week.

Music is a popular subject at GCSE and A level and we are proud of our pupils' achievements.

In this wide-ranging course, candidates have the opportunity to perform, compose and analyse music. 60% of the qualification is coursework, comprising two compositions and two performances (solo and ensemble). The other 40% of the course focuses on pupils’ ability to appraise, develop and demonstrate an in-depth knowledge and understanding of musical elements, musical context and musical language. This is learnt through four different genres of music, ranging from the Baroque period, through to 20th Century Classical Music, Popular music including rock, pop and film music, and Traditional music such as contemporary folk music. Alongside these genres, GCSE music pupils learn in detail about two study pieces. These are the second Movement from Haydn’s Clock’ Symphony and three tracks from The Beatles’ Sgt. Pepper’s Lonely Hearts Club Band.

Through the interrelated disciplines of analysis, composition and performance, this course aims to offer an understanding and appreciation of music spanning a wide timeframe. Pupils learn about the Western classical tradition through detailed study of a selection of set works including: the Baroque solo concerto, the operas of Mozart and the piano music of Chopin, Brahms and Grieg. Additionally, there are a variety of other areas of study, two of which are selected for detailed study. These options include, amongst others: Jazz, music for media and music for theatre.

Practical music making is at the heart of the course and is weighted so that pupils who are primarily performers will achieve due recognition. The composition component is sufficiently flexible to allow pupils to write freely and imaginatively.

The IB Music course encourages pupils to appreciate all types of music from around the World. Through historical study, consideration of divergent cultures and their own music, open-mindedness, and first-hand experience of performing music of many kinds, pupils will reflect on the complexities of the human condition and the manifestation of such within musical media. The IB programme of study will involve a balance of listening, contextual study, performing, rehearsing, appraising and questioning. Pupils will be encouraged to take a self-directed approach to their studies, investigating not only their own preferred areas, but also exploring those unfamiliar to them, thus illuminating the concept that other people, with their differences, can also be right.

The course is structured around a Musical Perception component which involves both Historical and International analytical study. This includes detailed analysis of the set works (Haydn’s Symphony No. 94 in G Major, The Surprise, Hob 1/94 and Rachmaninov’s Rhapsody on a Theme of Paganini, Op. 43) which will provide focus for the historical study. Additionally, pupils will cover the history of Western Art Music from 1575 to the present day chronologically and sequentially (Medieval and Renaissance; Baroque; Classical; Romantic; Twentieth Century; Jazz/Pop). In parallel, pupils will delve into the arena of World Music, considering the music of Africa, Asia, North and South America and Europe.

In addition, a Musical Links investigation is carried out exploring significant musical links between two (or more) pieces from distinct musical cultures.

For the internally assessed component of the course, pupils are required EITHER to submit two pieces of composition with recordings and written work OR a recording selected from pieces presented during one or more public performance(s).

Pupils of all standards are encouraged to perform and there are plenty of opportunities as soloists or within ensembles. Regular formal and informal concerts in school, annual large-scale concerts in London and Poole, as well as performances in the local community mean that pupils gain experience and confidence, which can also have a positive impact in the classroom.

A generous number of music scholarships and exhibitions are offered each year to candidates who demonstrate outstanding ability in any orchestral instrument, piano or organ.

The Tom Wheare Music School opened in October 2014 and reaffirmed music’s place at the core of Bryanston life.

‘Bryanston stretched me and took me out of my comfort zone. I've become more willing to take risks and learn something new.'

Harry is a music scholar at Bryanston; he’s reached Grade 8 cello, Grade 7 piano and Grade 6 singing. He’s also a high achiever academically and is a maths whizz who likes to invent apps in his spare time. It’s fair to say that Harry is the sort of pupil any school would welcome with open arms – why did he pick Bryanston? ‘I chose Bryanston for its breadth and focus. They cultivate the arts as well as academia and creativity is at the heart of everything they do. The school has really stretched me academically and musically and the teaching is of a really high standard. There’s so much variety here and it’s important to concentrate on the academic side as well as the musical. There are so many opportunities to perform at Bryanston. The first few times I was terrified, but it’s second nature now. I’ve really found that I’ve done so many concerts that it’s built up my confidence.’ After Bryanston Harry hopes to read a science subject at university and continue to perform on the cello.
Read More...

When Amy grew frustrated at the lack of musical opportunities in her state secondary school, she emailed Bryanston to ask if she could go here instead to develop her singing. ‘I wanted to go somewhere where music was really part of school life,’ Amy explained. ‘Everyone’s involved in music in some way at Bryanston. Even if you don’t have a musical bone in your body, you’re supporting what other people are doing by going to hear them play. ‘I’d always really enjoyed performing musicals and when I came to Bryanston I got so involved in choirs and singing that I found I had a talent for classical choral singing. At my old school I always used to sing pop, but Bryanston stretched me and took me out of my comfort zone. I’ve become more willing to take risks and learn something new. That applies to a lot of stuff here – you find yourself doing things you wouldn’t expect and really enjoying it and learning from it.’ Amy finished at Bryanston in 2014, where she was one of the first pupils to take the International Baccalaureate. She is now reading history at Oxford University. ‘Oxford has such a strong choral tradition; I really want to get involved in that when I’m there. Music will always be part of my life.’
Read More...

Sam is the drummer and main songwriter with up-and-coming alt rock band Doors to Manual, formed by five pupils from Bryanston. Their EP A Faster Way Home has picked up great online reviews and the band performed a hugely popular set at the Larmer Tree Festival in July 2014. ‘There are lots of bands formed at Bryanston,’ said Sam. ‘We get masses of help and support from the school. It’s such a creative place and there are so many concerts and gigs going on all the time, so we get lots of chances to play. I wouldn’t be able to do the things I wanted to do musically without Bryanston – the facilities and the direction are amazing. There’s so much going on here musically that you learn all the time and everyone is really into music.’
Read More...

Kath is a real all-rounder; sporty, academic and musical. She adores sport and spends as much time as possible rowing, or on the netball court or hockey field. Music is a way for her to relax and to socialise: ‘It’s so good to get away from everything and play. Music is part of the atmosphere and it’s a fun way to get to know other people. I love it here.' Kath started learning violin when she was seven and took up the saxophone at the age of ten. ‘Bryanston really challenges you and there’s a really great atmosphere. Everyone sees music as a fun thing but they try hard as well. Music’s so popular here, everyone’s involved and all the rock gigs and band concerts help you to enjoy the music because it’s on your level, you can make what you want of it.’
Read More...

Camilla and her parents chose Bryanston even though she had already won a music scholarship to another school. ‘We wanted a school where the music was part of life but there were also many other things on offer. I like sport and there are more opportunities at Bryanston to develop all your skills well,’ she explained. While at Bryanston Camilla played hockey, tennis, squash and lacrosse, plus she rowed. She gained Grade 8 for flute and piano and sang in the school choir. She performed in many concerts at venues including Poole Lighthouse, St Paul’s in Knightsbridge, Salisbury and Exeter cathedrals. ‘Bryanston is good at encouraging a stepping stone process to performance, starting with informal concerts in school and progressing up. It’s the same with sport – you progress through the levels and you can go as far as you want.’ Camilla took A levels in 2014 and went on to Durham University, where she is reading classics. She wants to keep her options open but is interested in a career involving writing. Whatever the future holds for her, music will be at its heart.
Read More...